In A Future History of Water, Andrea Ballestero explores the conflict between water as a human right and water as an economic good through ethnographic fieldwork undertaken in Costa Rica and Brazil, examining how techno-legal devices in each country produce this difference in regulatory and governance spaces. This illuminating study showcases the dynamic nature and ambiguity of water and invites readers to think beyond courts and treaties in the recognition of it as a human right, writes Gayathri D Naik. 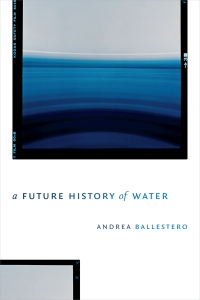 Debates over the nature of water – namely, whether it is a human right or a commodity – pervade all boundaries and levels, whether local, domestic or international. Despite its significance as a life-sustaining entity, the recognition of a human right to water at the international level is only a decade or so old. Though the human right to water was officially recognised by the UN General Assembly as recently as 2010, arguments regarding the economic status of water received recognition in 1992 in the form of the Dublin Statement on Water and Sustainable Development at the International Conference on Water and the Environment. While Principle Four of the Dublin Statement acknowledges the basic right of all human beings to access water at an affordable price, it specifies that the recognition of water as an economic good is essential to rectifying the past failures of its wasteful and environmentally damaging use to achieve efficiency and equity and to ensure conservation and protection. However, this has not ended support for the need to recognise water as a human right, which continues to date.

In her first book, Andrea Ballestero attempts to analyse this conflict between water as a human right and an economic good. I was attracted by the beginning of A Future History of Water where the author illustrates the confounding nature of water through a depiction of bottle protests whereby protesters used empty water bottles filled with coins during the World Water Forum 2006. This book, based on her fieldwork in Costa Rica and Brazil, addresses the nuances in the dynamic nature of water.

A Future History of Water is a deviation from traditional attempts to derive a human right to water through court judgments and laws. Here, the author uses different forums including ‘cubicles, community meetings, international workshops and files’ to examine water as a human right and a commodity. This ethnographic work, conducted among regulators, NGOs and policymakers, examines how techno-legal devices produce the difference between a human right and a commodity in regulatory and governance spaces and create preconditions for a future in which this difference is plausible. The anthropologist author uses four devices – formula, index, list and pact – to showcase how each participant contributes to the making of a future history of water.

Each chapter of this book is focused on one of these devices. Among these, three chapters are based on Ballestero’s fieldwork in Costa Rica and the one on ‘Pact’ investigates pact-making in relation to water in Brazil. Chapter One, ‘Formula’, examines how mathematical calculations are used by regulators in translating their legal and humanitarian commitments to realise a human right to water. Ballestero highlights that relations between the variables in the formula of price fixation decide the scope of regulators’ views on society, water and the role of the state in determining the nature of water, and this formula becomes their social theory. How people realise the difference in the nature of water through variations in water bills, disconnections and reconnections upon the payments of bills is vividly described and invites the reader to think about this simple everyday assertion of the commodity nature of water across the world.

Relations between water price fixing and inflation are visualised in Chapter Two where the second device, ‘Index’, is introduced. In spite of adherence to the World Health Organisation’s (WHO) prescription that no households should pay more than 3 per cent of their monthly income to make water affordable as a human right, regulators in Costa Rica leave price determination to the Consumer Price Index, the economic indicator. Here, the determination of human rights shifts emphasis from the subject of rights to purchased objects: ‘what counts as a human right to water is answered by looking into what objects inhabit people’s houses’.

Contrary to the argument that people demand water for free, the author points out throughout her work that most people in Costa Rica accept the need for payment for water, and the challenge exists here in how to translate a human right into a specific price. Ambiguity arises when human rights arguments keep markets from determining its price; here, when payment is essential to enjoying a human right, especially in the case of water, regulators or the state in many countries turn out to be a market surrogate in fixing such prices.

The book takes the reader on to an interesting ‘List’ in Chapter Three, in which the author highlights how attempts to recognise water as a human right through constitutional amendments are challenged by Libertarians (the Libertarian Party) through their demand to taxonomically determine and differentiate what constitutes a public good. This chapter opens by offering an analysis of the working list created by the Libertarians grounded in the materiality of water, specifying what different types of water and water bodies are to be covered through the constitutional reform. The nature and implications of public goods are the controversial theme that hinders recognition of water as a human right in the country.

From Costa Rica, the author moves to the state of Ceará in North East Brazil in the last chapter of the book. This chapter, which I found most interesting due to the novelty in policy approach, discusses a ‘Pact’ and efforts made by the legislature to create non-legal affirmative commitments in society for a shared responsibility for water and its universal access. Agreeing to a pact as a promise or a pledge to keep is the logic underlined here. This, I feel, is a bottom-up approach replacing a top-down piecemeal one for tackling issues of water scarcity, water access and conservation. This is a realisation that solutions exist and should be chosen within society, and that every society member is responsible for their implementation.

Dealing with water issues through the four devices in the study of two countries, A Future History of Water attempts to showcase the existing ambiguity in the literature on water regarding how to classify and distinguish its twin nature as a human right and a commodity. Underlining this is the observation of Ballestero that this bifurcation is like a mesh which leads to another knot, given that no human right can be enjoyed without payment of some kind. Similarly, she is successful in showing how futures are constantly being produced out of mundane actions, how people create distinctions in their lives and how these are connected to their aspirations for the future. Through the brilliant selection of the devices to exhibit her ideas, the author invites readers to think deeply beyond courts or treaties establishing a human right to water and shows how many other factors also contribute to and shape this. 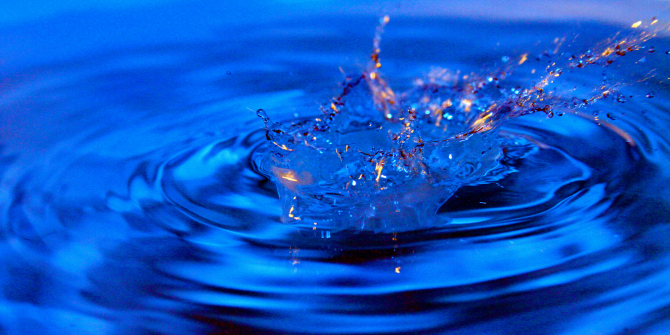