In 1931: Debt, Crisis, and the Rise of Hitler, Tobias Straumann argues that the German financial disaster of this momentous year not only devastated its domestic economy but also sent shockwaves through the international financial system and paved the way for the ascent of Adolf Hitler. In this excellent book, Straumann narrates the German story of 1931 with clarity and authority, writes Max Harris. 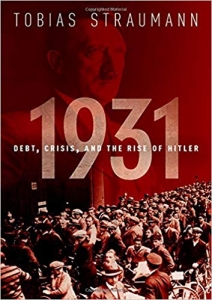 Max Harris holds a doctorate in economics from Harvard University and is currently writing a book on international monetary cooperation in the 1930s.

Posted In: Britain and Ireland | Economics | Europe and Neighbourhoods | History | USA and Canada