In Peter Shore: Labour’s Forgotten Patriot, Kevin Hickson, Jasper Miles and Harry Taylor looks back at the ‘lost Eurosceptic tradition’ within the Labour Party’s history by examining the life of the largely neglected front-rank politician, Peter Shore. This skillfully crafted and revealing biography not only reappraises Shore’s career, but uses this as a lens to examine salient issues in the historical development of the Labour Party, writes Patrick Diamond. 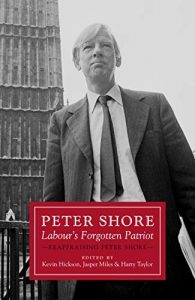 Peter Shore: Labour’s Forgotten Patriot is a call for the Labour Party to rediscover its ‘lost Eurosceptic tradition’ on the social democratic Right of the party. The book examines the life of one of its most able, if now largely neglected, front-rank politicians, Peter Shore. Shore’s political career led him from King’s College, Cambridge, to play a leading role as an official in Labour Party headquarters, helping to author the 1964 election manifesto that swept Labour to power, promising to use the ‘white heat of the technological revolution’ to modernise the British economy. Following the party’s defeat in 1959, Shore was appointed as the Head of Labour’s influential Research Department. Harold Wilson thought that Shore was one of the most intellectually gifted backroom advisers operating in the party. Shore was selected eventually to fight the ‘safe’ seat of Stepney in East London in October 1966. Safely installed in Westminster, he went on to serve in the cabinets of Prime Ministers Wilson and James Callaghan, standing for the party leadership on two occasions.

The authors of this skillfully crafted and revealing biography not only reappraise Shore’s career, but use the life of this unique, indeed idiosyncratic, politician as a lens to examine salient issues in the historical development of the Labour Party. Shore has received relatively little attention from Labour historians, partly because he is so difficult to classify ideologically. His biographers wisely avoid trying to force Shore’s politics into the pre-defined ideological categories of ‘Bevanite’ or ‘Gaitskellite’, ‘revisionist’ or ‘fundamentalist’. Shore became close to Tony Benn in the late 1950s and was certainly regarded as an ally of the Bevanites, but was never part of the ‘Bennite wing’ of the party. In the early 1980s, he also faced a concerted effort by hard Left activists to oust him from his seat.

Neither was Shore a conventional figure on the Right. He grew uncomfortable with the uncompromising revisionism of Hugh Gaitskell and Anthony Crosland that sought to jettison public ownership from the party’s doctrine following the 1959 election defeat. Later on, he became well known as an ardent opponent of British membership of the European Economic Community (EEC). In 1980, Shore stood for the Labour leadership believing he would receive the support of the Left in the Parliamentary Labour Party (PLP). Yet Michael Foot ran against him. With Denis Healey carrying the mantle of the party’s traditional Right, Shore was stranded in the middle, receiving only 32 PLP votes. He ran for the leadership again in 1983, but in the wake of a further devastating election defeat, the party turned to the rising political generation epitomised by Neil Kinnock. 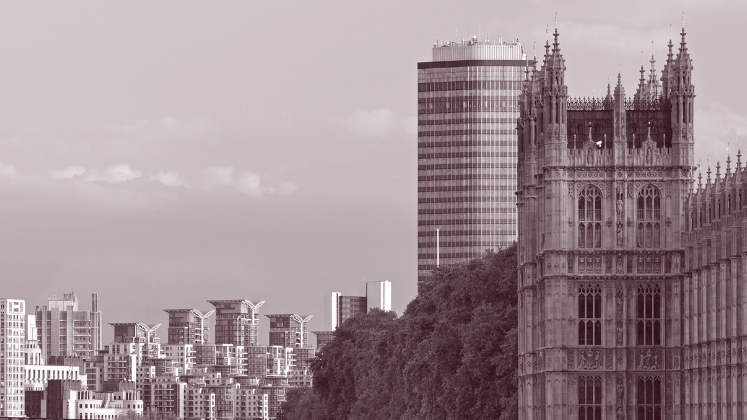 A further reason why Shore is often marginalised in official Labour history is that his views, not least his impassioned Euroscepticism, became unfashionable in the party of Kinnock, John Smith and Tony Blair. Under Kinnock, Labour had denounced the policies of the 1983 manifesto which demanded British withdrawal from Europe. The party became steadily more pro-European. In 1988, the President of the EU Commission, Jacques Delors, attended the Trade Union Congress (TUC), outlining his vision of a ‘Social Europe’ while inviting the trade union leadership in Britain to become its ‘architects’. Two years later, the Labour frontbench supported British entry to the European Exchange Rate Mechanism (ERM), the forerunner of the Euro. Under Smith and Blair, Labour pledged to put Britain at the heart of Europe, ending its status as ‘an awkward partner’. This pro-European shift horrified Shore, as did the emergence of the embryonic New Labour project. Shore believed that Blair had no coherent political beliefs, was dangerously uncritical of the EU, had prematurely discarded Keynesian economic ideas and had no natural understanding of patriotism: an essential quality in appealing to the British, and in particular the English, working classes.

In another sense, Shore’s alienation from the Labour Party of the 1990s as it prepared for power was unfortunate both for him, and for the party leadership (as was also the case for Bryan Gould who departed British politics to take up an academic post in New Zealand). Throughout his career, Shore thought purposefully about economic issues, and his continuing presence in the party would have enriched immeasurably the economic policy debate of the 1990s. As Shadow Chancellor, Gordon Brown was understandably focused on the goal of election victory. He imposed a new economic orthodoxy which necessitated the adoption of macro-economic disciplines, while shifting focus from demand-side Keynesianism to supply-side reform of labour and product markets. Labour’s new economic strategy was not ‘neoliberal’. Yet it was underdeveloped intellectually. In embracing the rhetoric of all-encompassing ‘economic globalisation’, the party ceased to think more imaginatively about what constructive role the state should play in strengthening national economic performance. By indulging in blanket characterisation of ‘Old’ Labour as a historical failure, New Labour failed to heed the lessons of Labour’s experience in governing the economy during the twentieth century.

Labour’s Forgotten Patriot is a fascinating account which demonstrates how troubled Shore was by the turn to Europe as the template of ‘modernisation’ for the Left, and the underlying contempt of New Labour politicians for English identities and values. Shore was part of a generation who saw Britain and England in admiring terms. They revered the stability and continuity afforded by the British constitutional settlement. The values of Britain were held to be a beacon to the rest of the world.

All that being said, Shore’s judgements on New Labour were not always the most objective. It is certainly the case that the party became more pro-European by the 1990s. However, the main instigator of that policy shift was Kinnock. By the mid-1990s, the leadership had arguably become more wary of the EU. They sought to expose divisions in the Conservative Party by adopting a general position of ‘Euro-caution’. In the 1997 election campaign, for example, Blair wrote an article for The Sun newspaper entitled ‘Why I Love the Pound’. He rejected the prospect of a federal Europe, embracing a politics driven by pursuit of the national interest. Of course, the Labour government eventually decided not to join the Euro.

Furthermore, the accusation that New Labour under Blair was ‘unpatriotic’ sits uneasily given that Blair spoke frequently in opposition about his ‘love of country’, to a degree some party members found embarrassing. For Left-liberal social democrats (including the new leader of the Labour Party, Sir Keir Starmer), the Blair governments were all too willing to indulge in rhetoric designed to appeal to a ‘Little Englander’ mindset.

In Labour’s Forgotten Patriot, the authors have performed a considerable service in advancing the historiography of the British Labour Party. Their book draws judiciously on meticulous archival research, copious interviews and a rich array of memoirs and political diaries. They are right to argue that the Eurosceptic social democratic tradition in the Labour Party that shaped Shore’s career merits further re-examination. Given the nature of the party’s defeat in the general election of 2019, Labour politicians will have to think harder about where they stand in relation to patriotism, identity, belonging and the question of Britain’s future relationship with Europe, all of which are critical to a viable future governing project for the centre-Left.

Patrick Diamond is Associate Professor of Public Policy at Queen Mary, University of London, and author of a forthcoming book on Labour in Opposition and Power, 1979-2019.