In Iran and Saudi Arabia: Taming a Chaotic Conflict, Ibrahim Fraihat explores the often overlooked possibility of rapprochement between the two states, setting out a potential roadmap for conflict resolution. Read as a starting point for a forward-looking dialogue, this book can be transformative of the discourse on relations between Iran and Saudi Arabia, writes Hesham Shafick, and should be read by diplomats and policymakers involved in the conflict as well as students and researchers of the region. 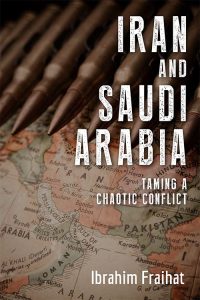 After decades of diplomacy and tons of scholarly print, the Iran-Saudi Arabia conflict seems to be only getting worse; and hundreds of thousands of lives are being sacrificed through proxy wars in Yemen, Syria, Bahrain and Iraq. It is hard to think of any regional conflict whose tensions have bled as widely and of any contemporary conflict that is as lethal. Meanwhile, opportunist global powers are making billions of dollars in arm deals to both sides, while academic observers are, unintentionally, reproducing the conflict by emphasising its primordial roots.

Ibrahim Fraihat’s Iran and Saudi Arabia: Taming a Chaotic Conflict disrupts the cycle of academic pessimism and diplomatic opportunism that has been gearing the conflict since the Iranian revolution in 1979. It begins by stressing the overlooked possibility of rapprochement. This possibility is evident in other examples in history, like France and Germany, two traditional enemies which, after two World Wars in the twentieth century, not only became close allies but even came together under a unified supranational political entity. This possibility is also evident in the recent steps towards radical rapprochement taken by Iran and Saudi Arabia themselves with rival states where enmity has been far more immediate and historically profound: like the Iranian nuclear deal with the state it has called ‘the Great Satan’, the United States, and Saudi Arabia’s Arab Peace Initiative for a comprehensive resolution of conflict with Saudi Arabia’s historical enemy, Israel.

The book also underlines a plethora of sporadic, yet serious, steps of reconciliation between the states of Iran and Saudi Arabia, which, although obviously failed, do signal the possibility of conflict resolution: like their bilateral security accord to cooperate on combating terrorism and organised crime in 2001. The first two chapters of the book, the Introduction and Chapter One, underline these overlooked glimpses of hope, getting the reader ready to acknowledge the roadmap of conflict resolution that the remaining chapters outline as a viable possibility. 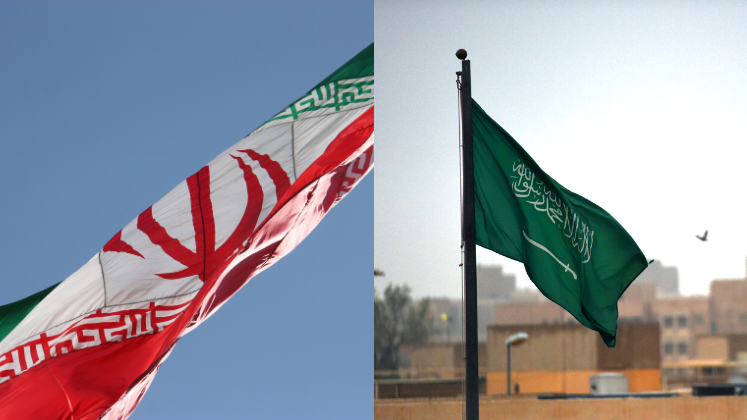 The roadmap proposed relies on a forward-looking diagnosis: that is, one concerned not with the root causes of the conflict, but its main driving force. The importance of historicisation notwithstanding, Fraihat asserts that moving forward in the dialogue necessitates focusing on what concerns the conflicting parties ‘now’. Drawing on a broad analysis of primary and secondary sources, the book singles out ‘security’ as the issue most pressing at the moment. Fraihat does not exclude other factors emphasised in literature on the conflict, like sectarianism, geopolitics, regional power and regime legitimacy. He rather conceives security as the midpoint around which all these issues revolve. He explains, accordingly, that when security is attained, these issues of conflict could be resolved with more confidence and mutual trust.

Following from this, Fraihat proposes a conflict resolution plan that conceptually focuses on the issue of security and temporally addresses the here and now. He is eager to emphasise that the resolution does not necessitate full reconciliation or the normalisation of relations. It rather aims to institute effective political systems that allow for cooperation despite tension and peace despite conflict. Sectarianism, geopolitical tensions and other aspects of conflict will remain, but these will be effectively regulated through nonviolent diplomatic processes.

The plan proposed is built on three pillars. The first is fleshing out the grounds of insecurity and the real issues of conflict. Moving beyond the contention over narrative, and the finger-pointing in which these contentions are immersed, the book encourages observers and policymakers to reframe the issues of conflict in a way that is both neutral and pragmatic. Chapter Two of the book is a major step on that path. It comprehensively reviews literature on the conflict from a perspective that centralises security, reframing sectarianism as the securitisation of sectarian identities and the competition over regional leadership as preemptive containment. Looking at the conflict from this perspective, the chapter underlines the possibility of constructing a common narrative of the conflict as a security crisis.

The second pillar is installing a conflict management system that contains the crisis and prevents escalation. Chapter Three proposes a system that consists of crisis management apparatuses, like the Riyadh-Tehran hotline, technical committees and senior officials’ coordination; zones of peace and non-aligned states where trilateral cooperation can take place; and confidence-building measures, like the cooperation in multilateral international agreements and the activation of already signed bilateral pacts. This conflict management system has a dual function. On the one hand, it facilitates the pragmatic dilution of tensions. On the other, it feeds into the incremental process of trust-building imperative to eventual rapprochement.

The third pillar is an institution of an integrated resolution approach. Discussed in Chapter Four, the approach proposed comprises three elements. The first is disentangling the reformations and complications of tensions that (mis)position them as essential, primordial and zero-sum. This disentangling strategy involves sectarian policy reforms, regime policy reforms and gradual transformation of the regional competition from an arms race to soft power contention. The second is track-one diplomatic mediation. Fraihat argues that effective mediation must be led by regional powers that have profound interest in ending the conflict, like Pakistan and Turkey, for global powers are, in fact, benefitting from it. The third is track-two diplomacy: the facilitation of unofficial, unstructured interaction that influences public opinion and re-organises human and material relations in ways that dilute the tension and encourage cooperation. This involves people-to-people dialogues, networking and social activities as well as educational and exploratory projects: all of which transcend the state to engage civil society agencies that have higher stakes in reconciliation and whose legitimacy and power are not significantly threatened by it.

These propositions could be controversial and might, as the author himself acknowledges, be accused of ultra-optimism. But if we take them as starting points for a forward-looking dialogue, they could disrupt the irking stagnation in the conflict resolution process. Read from this perspective, the book is no doubt transformative of the discourse on relations between Iran and Saudi Arabia. It is an essential read for diplomats and policymakers involved in the conflict as well as students and researchers of International Relations of the Middle East. 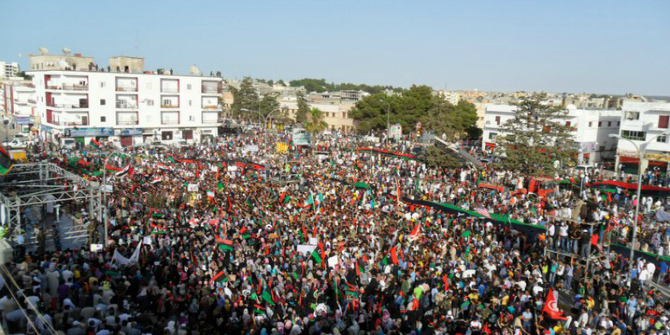