In Pills, Powder and Smoke: Inside the Bloody War on Drugs, Antony Loewenstein offers an expansive medley of facts, figures and accounts of life in the midst of the drug war, based on travels to six countries on five continents: Honduras, Guinea-Bissau, the Philippines, the UK, the US and Australia. While the book’s ambitious breadth means it sometimes struggles to draw rigorous interconnections, this is a well-intentioned and wide-ranging study that gives a voice to those caught up in the global ‘War on Drugs’, writes Alessandro Ford.

Pills, Powder and Smoke: Inside the Bloody War on Drugs. Antony Loewenstein. Scribe. 2019. 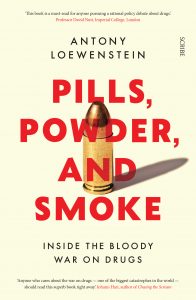 The global ‘War on Drugs’ is a many-headed beast. Like the parable of the elephant and the blind men, who in touching only one part of the creature think they know what an elephant is, so understanding the drug war requires grasping the beast’s many dimensions: domestic politics, narco-history, drug capitalism, racial inequality, cultural trauma and the economic and psycho-spiritual roots of addiction. It also means genuinely seeing it as the lie it is.

US President Richard Nixon launched his ‘War on Drugs’ in 1971, calling illegal substance use ‘public enemy number one’. This mendacious campaign to demonise substance users was born of twin ambitions: to deflect blame for the failure in Vietnam onto soldiers using ‘evil drugs’ and away from Washington’s political and strategic short-sightedness, and to neuter Nixon’s domestic opposition (i.e. ‘the anti-war left and black people’). It implicitly meant tapping into subliminal western anxieties about modernity that have existed since the industrial revolution, anxieties that have historically found expression in spasmodic moral panics about the use of certain substances. Yet if there have been prior ‘Wars on Drugs’, none has matched the scale and brutality of the one (or ‘ones’: the drug war is not a monolith) we currently find ourselves in.

Like any war, the human and economic cost strains comprehension: the US alone devotes some 50 billion US dollars annually to trying to suppress a drug trade collectively worth at least 500 billion US dollars, while addiction rates skyrocket, millions of the poor and marginalised are incarcerated and hundreds of thousands of civilians are murdered worldwide. Like any war, those who suffer have not been those who started it: the US-led global prohibition regime has sacrificed countless nations (Colombia, Peru, Mexico) on the altar of drug control, has funded repressive states into detaining the migrants that a militarised US drug policy has created and has weaponised the issue in order to further coercive domestic and foreign policies. And, like many a war, it has neither been a victory nor a defeat, but has instead benefitted the few at the expense of the many.

These are but some of the ideas contained in Australian journalist Antony Loewenstein’s new book. Pills, Powder and Smoke: Inside the Bloody War on Drugs is an expansive medley of facts, figures and accounts of life in the midst of the drug war. Loewenstein travels to six countries on five continents: Honduras, Guinea-Bissau, the Philippines, the UK, the US and Australia. 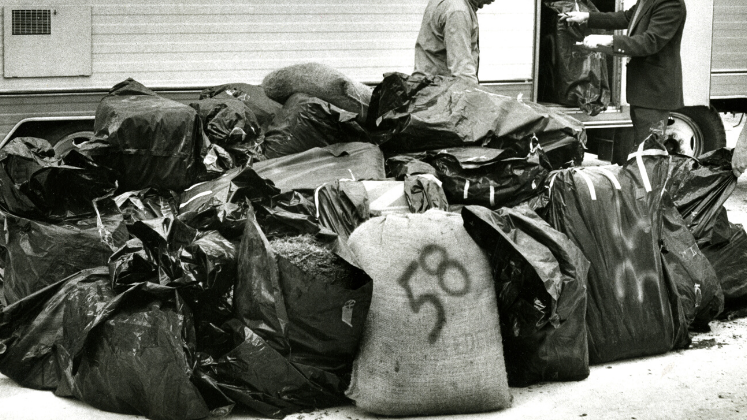 As the author of Disaster Capitalism, he is refreshingly direct in his political and personal views, arguing that the entire drug trade should be legalised, regulated and preferably nationalised, with the state holding a monopoly on the production and sale of all drugs. Given the increasing corporatisation of the emerging cannabis industry (and of the nascent psychedelic industry), one can see why this last point is important.

Furthermore, he presents voices that challenge Manichean narratives of legal versus illegal markets, of state versus cartel. Two such voices are that of Mexican journalist-turned-academic Oswaldo Zavala and Italian journalist Roberto Saviano, the latter of whom has been under heavy police protection since 2006 after death threats from the Calabrian ‘Ndrangheta. Through them, Loewenstein underlines the relationship between the global drug trade and capitalist financial institutions. It was the Head of the UN Office on Drugs and Crime, Antonio Maria Costa, who famously admitted after the 2008 financial crisis that it was drug money, in the hundreds of billions, that saved many banks and kept the global financial system afloat – for only the cartels possessed the necessary liquidity. As Saviano writes, ‘it’s not the world of cocaine that must orbit around the markets, but the markets that must rotate around cocaine.’

Zavala in turn challenges the idea that Mexican cartels have overwhelmed the Mexican state – rather they mutually benefit from the drug war. There exists in that country a triangle between authorities, cartels and multinational corporations: the logic of the drug war allows Mexican administrations to grant multinationals access to natural resources, the cartels do the dirty work by forcibly displacing people from those areas and killing journalists and environmental activists, and authorities get payouts from certain cartels in exchange for targeting their rivals (all while receiving US funding to fight the cartels). To some, ‘Los Zetas’ – one of Mexico’s most vicious crime syndicates – are not a cartel but a paramilitary, performing the black ops missions the military can’t do to further the interests of the mining, fruit and energy companies.

A different, though similar, triangle exists on the US side between politicians, certain state institutions and defence contractors: politicians get to be ‘tough on crime’ (and thereby deflect from other issues), certain state institutions (i.e. the military, law enforcement and intelligence agencies) can justify increased budgets and accrue political capital and defence contractors exploit new markets hungry for weapons and military technology. This practice has exacerbated armed conflict, human rights abuses and structural oppression in many countries in Central and South America. In his chapter on Guinea-Bissau, Loewenstein highlights concerns that America’s greater focus in recent years on drug trafficking in West Africa is partly driven by the neoliberal capitalist desire to create a new market for ‘military, surveillance and anti-terrorism hardware and software in the region’.

Loewenstein is a good storyteller and is adept at showcasing ideas from the most famous figures writing about drugs today. He engages with a broad and eclectic range of topics: mass incarceration and racialised targeting for drug possession across western countries, debates about harm reduction and safe injection sites, scientific research into the value of psychedelic psychotherapy, the targeted killing of drug users in certain countries like the Philippines, the role of the dark web in transforming drug retailing and so on. He also shows his heart is clearly in the right place by casting off the false mantle of journalistic ‘objectivity’ and accepting he may be labelled an advocate.

Yet the book has some serious faults. Loewenstein’s idiosyncratic choice of countries (Guinea-Bissau? Australia?) feels rather arbitrary – as if he’s writing more about what he happens to know than what the reader would find most illuminating. This impression isn’t helped by regular updates from the Jerusalem-based journalist on Israeli weapons sales to this-or-that dictator, with only peripheral connections to the topic in question.

The ‘War on Drugs’ is fundamentally a war on people, so Loewenstein is commendable in interviewing many lay people affected by the drug war, people who aren’t normally given a voice. Yet this tendency can sometimes mean sacrificing intellectual rigour and depth for a quote from a passing fisherman in Guinea-Bissau or a random Australian who uses drugs. The book can therefore come across as lacking the cohesion and interconnections necessary for a truly interdisciplinary global work, reading more as a mishmash of information and regional analysis. Finally, the book doesn’t have an especially clear audience: it’s somewhat derivative for anyone who already knows much about the ‘War on Drugs’ and somewhat niche for anyone that doesn’t. The latter would be better off engaging with many of the authors Loewenstein cites.

That said, any author would find it a challenge to adequately cover the breadth that such a work attempts. In sum, if you don’t know much about drugs in Guinea-Bissau or Australia, the quirky and well-intentioned Pills, Powder and Smoke may be the book for you.