In The Cigarette: A Political History, Sarah Milov intricately unpacks the historical workings of the US tobacco industry through its interactions with farmers, labourers and social movements to show that it has been more vulnerable and open to challenge than often thought. In revealing how the tobacco industry and tobacco control activists engaged in the institutions of everyday life and in local politics, this groundbreaking book underscores the ubiquity of tobacco in American society, writes Adhip Amin. 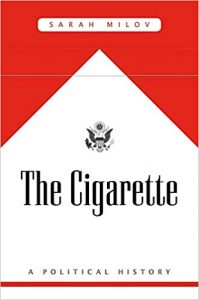 The Cigarette: A Political History is a groundbreaking book as Sarah Milov intricately unpacks the workings of the tobacco industry in its interactions with farmers, labourers and social movements, a hitherto underexplored area in the history of tobacco in America. Unlike many conventional projects in the field of political history, Milov studies the industry from the ground up – a task that has required considerable methodological inventiveness. The Cigarette is therefore able to show that the tobacco industry is not a monolithic, undefeatable, indefatigable entity, as in depictions in other histories of (Big) tobacco, but rather is more porous, vulnerable and open to challenges.

Because of Milov’s grounded methodology, she is able to excavate where and how the tobacco industry was often, but not always and with a remarkable propensity for recovery, ‘knocked back on its heels by the decentralized tactics of its adversaries in its anti-smoking movement’ (270). Through in-depth historical analysis, Milov also shows the way in which the tobacco industry was able to exploit the perception of the social virtuosity of farmers and workers for its own commercial purposes. And in looking at the spaces between, and beyond, the ‘tobacco industry’ and the ‘population’, Milov is able to demonstrate the ways in which government, regulatory and public policy aims were achieved by private means.

This review will focus on three themes of the book: firstly, the cultivation of the category of the ‘nonsmoker’ by tobacco control activists. Secondly, the discursive similarity between the tobacco industry and the nonsmoker movement – namely their shared focus on ‘efficiency’. And thirdly, how the politics of federalism and questions about the scale of power are deeply entangled with concerns about public health. 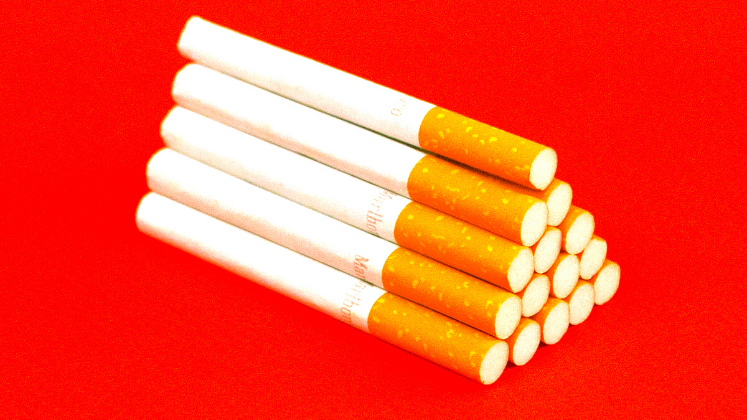 As the statistical link between tobacco consumption and its harmful effects on health was clinched and accumulated throughout the mid-twentieth century, tobacco control advocates at the grassroots also came to the fore to play a crucial role in the perception of, and careers in, tobacco and smoking. These groups often exercised the law, specifically environmental laws and the ‘discourse of rights’, to nurture and cultivate the image of a nonsmoker.

The question of public space too began to grow in importance: the nonsmoker had a right to clean air. This aspect became especially important after it was shown that second-hand smoke could be disastrous for the nonsmoker who happened to occupy the same space as the smoker. By the 1980s, nonsmoker rights groups had racked up some serious victories against the tobacco industry – they had not only largely cleared public space of smoke, but also the image of the smoker provoked moral indignation. Again, Milov reminds us that this grassroots movement was shaped by strong class-based interests as the question of ‘efficiency’ and ‘cost’ would play a central role in the nonsmoker movement.

One of the crucial battlegrounds on which the nonsmoker movement won was in the workplace. This was achieved by centring the question of ‘efficiency’ and the ‘good’ worker. The nonsmoking worker was depicted as more productive as they not only took fewer breaks, but also less sick leave, and potentially saved the company many dollars in insurance payouts. The nonsmoking worker, in other words, was good for business. This rhetoric had considerable reach during the Ronald Reagan presidency.

However, the managerial logic used by the nonsmoking activists pitted them against the labour unions. For one, for the unions, the issue of smoking was less important than more serious workplace hazards. Unions were also sceptical about the intentions of a ban on workplace smoking as it would infringe on the autonomy and time of the worker. And further, the unions felt that this concern over smoking could pose as an alibi to sack workers not in robust health. This was a reminder that tobacco control movements must become conscious of class, and engage seriously with workers’ rights and economic inequality.

At around the same time, during this political moment when de-regulation was favoured, the efficiency argument was being utilised by the tobacco industry as well, specifically when it came to the question of the tobacco programme.  This programme began in the 1930s and went through various changes across the twentieth century, but its internal agenda remained largely intact wherein organised grower groups would determine prices of tobacco as a function of the control of supply (or distribution) determined by the amount of acreage that they would allow for tobacco cultivation.

The industry assessed that the programme was not working for them anymore as it was more costly to procure tobacco from American growers thanks to the control of supply (and price) on the part of the growers. The industry argued that the tobacco programme was a disincentive to better, and improved, production – while at the same time importing cheap tobacco leaves from other countries, much to the detriment of American growers.

As expected, labour unions and farmers suffered by the reigning logic of efficiency and cost effectiveness that was so attractive to American administrators during the Reagan era. The echoes of similarity in the argumentative structure of the tobacco industry and tobacco control advocates around efficiency and cost – though coming from divergent and opposing concerns – should still be heard.

When it comes to the question of federalism, in the 1990s, the US Food and Drug Administration (FDA), which was known to come down hard on tobacco, tried to reinitiate regulation to classify the cigarette as a drug, giving the FDA a lot more regulatory power. The tobacco industry, however, though their credibility by now had been fairly compromised, trenchantly fought back at the moves of the FDA by using the courts and also Congress. Eventually the regulatory agency had to stand down. ‘And yet’, as Milov writes, ‘smoking restrictions continued to proliferate at the local level’ (285). The nonsmokers’ rights group, however, were optimistic that this activism at the local level kept their agenda afloat: indeed, they were perhaps grateful that the regulation of tobacco was not centralised as rules against smoking at the local level would, they assessed, be much stronger.

However, the industry was focused on the ‘enactment of state laws that preempt local ordinances, placing a ceiling on the stringency of tobacco regulations […] Not only do these laws serve the industry’s economic goals, they also degrade the character of local government’ (287). The Master Settlement Agreement (MSA) of 1998 confirmed the fears of public health advocates that the federal government had more or less acquitted the tobacco industry with respect to compensations, despite the public health crisis that they had engendered not only through the manufacture of their product, but also by the production of doubt to confound the public on the health effects of smoking – knowing full well that they were engaging in deception. Furthermore, it blocked any local initiative, which in many cases was more proactively set against smoking; the MSA also guaranteed that the tobacco industry would be protected from class-action lawsuits. State laws preempted the action of many local councils in instating regulation. Milov argues that this ‘prevented stronger smoke-free laws’ (275) between 1992 and 1998. This has been disastrous for public health.

Previous histories of the tobacco industry have shown its influence in the realms of science, policy and politics. By integrating social and political history and writing about how both the tobacco industry and tobacco control activists engaged in the institutions of everyday life and in local, residential politics, Milov shows us the ubiquity of tobacco in American society, and its central place in the arc of American political and social consciousness.

Adhip Amin is a researcher at the Institute of Public Health, India (IPH), and is supported through the DBT/Wellcome trust India Alliance fellowship awarded to Upendra Bhojani (IA/CPHI/17/1/503346).