In Sovereign Attachments: Masculinity, Muslimness, and Affective Politics in Pakistan, Shenila Khoja-Moolji explores sovereignty as a relationship and attachment through the case of Pakistan, examining the competing claims to sovereignty made by the Pakistani state and the Pakistan-based Taliban. The book offers valuable insights into sovereignty as an attachment, the possibility of political estrangement and the use of gendered figurations to construct national selves, finds Attash Sawja, and will be of interest to students and researchers across international relations, gender and sexuality studies, Islamic studies and Asian studies. 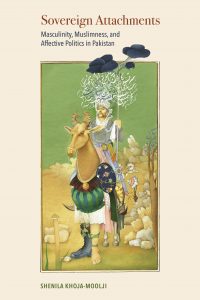 Shenila Khoja-Moolji’s new book, Sovereign Attachments, intervenes in popular conceptualisations of sovereignty by shifting the discussion away from the exclusive domain of geopolitics and legality, and into cultural and affect studies. The book thinks through sovereignty as a relationship and as a feeling by looking at the case of Pakistan. The book tells this story by examining the competing claims of sovereignty made by the Pakistani state and by Tehrik-e-Taliban Pakistan. One can imagine the centrality of religion in almost all discourses within Pakistan, but Khoja-Moolji’s success lies in highlighting the imbrications of sovereignty with religion as well as gender.

To scrutinise how the state and non-state actors (the Taliban in this case) establish themselves as the sole, natural sovereigns, Khoja-Moolji explores their cultural texts, including political autobiographies, magazines, pamphlets, songs and television shows. Her examination makes evident that sovereignty is a relationship of attachment between the claimants and their targeted public. Each claimant to sovereignty nurtures this attachment through the performance of what Khoja-Moolji calls ‘Islamo-masculinity’, and intensifies this claim through recourse to kinship feelings, affective pedagogies and memory work. In doing so, the author argues that sovereignty is not a given, but a relationship that must be cultivated continually.

In the first half of her book, Khoja-Moolji brings our attention to the entanglement of religion and masculinity. She looks at autobiographies written by three political heads of Pakistan — Benazir Bhutto (Prime Minister, 1988-1990 and 1993-1996), Pervez Musharraf (chief executive, 1999-2002; President, 2001-2008) and Imran Khan (Prime Minister, 2018-present) — and shows how each leader advances a particular version of normative Islam and hegemonic masculinity: a melding Khoja-Moolji names Islamo-masculinity.

Musharraf presented himself as the ideal military man who commands moral authority for his capacity to make rational decisions and remain unfazed by emotions or personal interests. He presented his vision of ‘the enlightened Islam’ as a solution to the radicalisation of Pakistani Muslims by the Taliban who, in his view, are religiously uninformed and detached from reality (36-37).

In contrast to Musharraf’s ‘military masculinity’, Bhutto’s ‘female masculinity’ (42) is portrayed through her balancing of traditional practices and codes associated with both femininity and masculinity. Her vision of moderate Islam as compatible with the values of democracy is presented as an ideal form to tackle both military authoritarianism and religious fundamentalism (42-43).

As opposed to Bhutto and Musharraf, Khan’s autobiography reveals a personal story of religious awakening where he invites people to an ‘unadulterated Islam’. His ‘athletic masculinity’, along with the redemptive powers of Sufi Islam that he has already experienced, make him the saviour that the people of Pakistan need for their salvation (48-49). 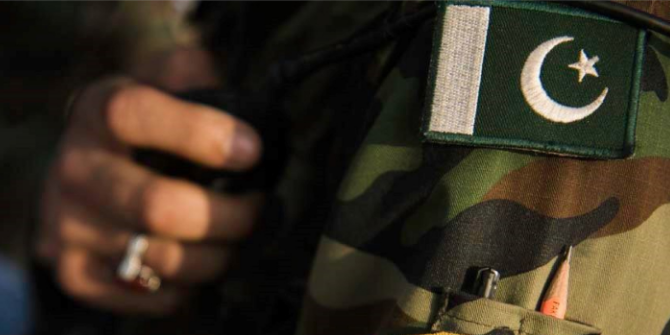 Khoja-Moolji finds a similar performance of Islamo-masculinity in the figuration of jawan (the soldier) that nurtures public attachment to the state and, more specifically, to the Pakistan army. Often in army-sponsored magazines, television shows and songs, the figure of jawan is presented as a foil to the talib (literally a student but here referring to a Taliban militant). Whereas the soldier is portrayed as a ghazi (a fearless Muslim warrior) and a protector who is ready to sacrifice himself, the talib is depicted as a coward, sexually perverse, a poor pedagogue for his kids, backward and ethnicised as Pathan (a pejorative term used to refer to Pashto-speaking people). Through these figurations, the army cultivates love for the jawans while creating distance from the talib in the minds of citizens. These affects — of love, trust and disgust — are what nurture the relationship of sovereignty.

However, Khoja-Moolji shows that the Taliban perform their own version of Islamo-masculinity to claim a right to violence and territory. Their cultural texts are intimately connected to and overlap with that of the state as both entities draw from the same cultural notions of sacrifice, warrior masculinity and faith (83). The figuration of mujahid that frequents the Taliban’s magazines and songs posits the Taliban as fighting in the path of Allah and following the Prophetic sunnah (practices: growing a beard, performing all rituals) to secure the welfare of ummah (the Muslim Community) (105). In the Taliban magazines, the Pakistan army is presented as having lost its legitimacy for aligning with the West and for killing fellow Muslims (115). But the Taliban’s attitude towards jawans of the army is ambivalent because they are constantly called upon to join the mujahidin, a process by which they mobilise kinship metaphors. Hence through their respective performances of Islamo-masculinities, both the Taliban and the Pakistani state attempt to bind their publics in relationships of sovereignty.

Whereas the first half of Sovereign Attachments shows instances of how the relationship of sovereignty relies on Islamo-masculinity, the second half narrates how this relationship is intensified through gendered labour, kinship feelings and memory work. The two key figurations in parallel to jawan and mujahid are the army woman and mujahida — both of whom perform multiple functions in extending their respective sovereign’s claims. Perhaps unsurprisingly, both claimants expect women to subordinate themselves so that ‘roles available to them are primarily linked to cultural and biological reproduction and, in limited cases, active combat’ (124). The figurations of the army woman and mujahida both perform Muslimness for their sovereigns by making sartorial choices and by aligning with set gendered hierarchies. In addition, both the military woman and mujahida are nomadic as they have to leave their families and lives behind to further the political project.

Apart from the two figurations discussed, Khoja-Moolji shows through the examples of Naureen Laghari and Aafia Siddiqui how the Pakistan army and the Taliban employ kinship metaphors of beti (daughter) and behan (sister) to forge a paternal and fraternal public. But forgiveness and rescuing are not the only performative acts as both the Pakistani state and the Taliban are open to reprimanding and disciplining as well. The author discusses cases of ‘unruly daughters’ who critique the state, like Mukhtar Mai, and ‘wayward sisters’ like Malala Yousufzai and Ayesha Gulalai who have gone astray from the Taliban’s perspective. These cases are public pedagogies for they delineate appropriate and inappropriate styles of political attachment (168).

Public pedagogy is also evident in the figuration of the ‘mourning mother’ whose loss is presented as a sacrifice for religion or the state; in both cases, a normative affective trajectory is prescribed for mothers whereby she is to eventually detach from the lost object (her son) and reattach to the sovereign (171). So, through her political and affective work, the mourning mother facilitates paternalistic attachment to the state. But, at times, there also exist ‘melancholic mothers’ who decline the nationally prescribed way of managing grief and hence not only contest but also rework sovereign attachments. For the state, such mothers emerge as ‘affect aliens’ who expose the negative aspects that otherwise should have stayed concealed (185). Through this dyad, Khoja-Moolji emphasises the indeterminacy of political attachments and argues that there is always room to build alternate politics.

In Sovereign Attachments, Shenila Khoja-Moolji has brought attention to gendered figurations that are employed to construct national selves as well as produce affective atmospheres and feeling publics to foster attachment to the claimants of sovereignty. Although the Taliban and the Pakistani state have their own understandings of normative Islam and prescribe different (though not entirely dissimilar) articulations of ideal women-subjects, the analytic of Islamo-masculinity is useful in identifying the affinities between the Taliban and the Pakistani state as they continue to make claims to sovereignty. The book’s theoretical insights about sovereignty as an attachment, the possibilities of political estrangements and its methodology of figurations can be applied to other contexts as well. Sovereign Attachments would be of interest to both undergraduate and graduate students in the fields of international relations, gender and sexuality studies, Islamic studies and Asian studies.

Attash Sawja is a PhD student at Boston University in the Graduate Program in Religion specialising in Islamic Studies. His research interests include the reception of the Qur’an in South Asia and the intellectual tradition and history of South Asian Ismailis. 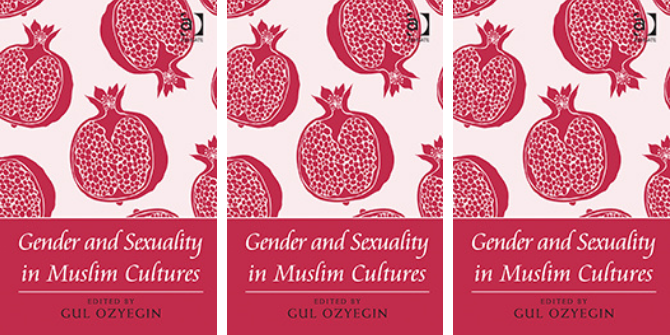