In the edited collection Gender and Sexuality in Muslim Cultures, Gul Ozyegin presents nineteen contributions from a range of scholars utilising diverse approaches and methodologies to explore the ways in which gender, sexuality and religion are being continually constructed and reconstructed within contemporary and Ottoman societies. In drawing on core theoretical texts in gender and sexuality studies, the book serves as a useful introduction to the field, and also utilises its case studies to challenge received assumptions about dynamics surrounding gender and sexuality in Muslim cultures, writes Nehaal Bajwa. 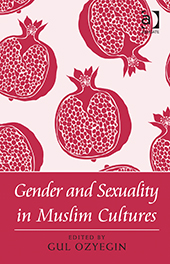 This volume, a collaboration between twenty-four researchers working in the fields of gender and sexuality, showcases nuanced and critical approaches to the topics under study, ranging from the intersection of masculinity and nationalism under neo-liberalism to a radical critique of belonging from the perspective of diasporic populations. The authors of the book’s nineteen essays all explore the dynamic ways in which gender and sexuality are continuously reconstructed by actors in contemporary (and Ottoman) societies. Beyond this unified focus the contributions vary widely in approach and method, but they all display a collective commitment to questioning the categories of gender, sexuality and religion to see how they may interact in unexpected ways to support very different kinds of identity-crafting projects.

Gender and Sexuality in Muslim Cultures is divided into five parts, beginning with six chapters on ‘Challenged Masculinities’; or, the ways in which changing socio-economic and political conditions are eroding certain kinds of male privilege, resulting in renegotiations of what it means to be masculine. The essays in this section study subjects across a number of continents and centuries, but all focus on ‘men whose life experiences or aspirations to escape from patriarchal constructions of masculinity are in tension with the dominant norms’ (2).

Chapter Two, by Mustafa Abdalla, is on the phenomenon of ͨUrfi marriage among young men who have temporary sexual relationships outside of traditional marriage with tourists in Dahab, Egypt. Abdalla highlights the threats to masculine identities usually enacted through marriage and providing for a family posed by worsening socio-economic conditions and the neoliberal policies employed by the Egyptian state, which has curtailed its provision of welfare services, leaving these men feeling marginalised. They therefore exchange some kinds of freedom – in particular freedom from police harassment – for sexual freedom when they engage in risky relationships with female tourists to bolster a sense of masculine sexual prowess. Illicitly-obtained marriage certificates afford some protection from arrest and enable these men to project themselves as pious and respectable via the construction of a state of ‘moral liminality’ in which the marriages go some way to legitimising their ‘sinful’ behaviour (45). This makes their behaviour compatible with self-identification as ‘religious’ men who ‘[fill] up the mosque during the Friday prayers’ (45).

However, engaging in these relationships in many ways makes the men’s position more precarious. Abdalla shows how the greater economic power and ‘foreign’ sexual demands of the female tourists with whom they have relationships can cause further feelings of emasculation, especially if the women give birth to children. The Egyptian men cannot rely on the legal protection of their rights as fathers as the marriages are dubiously legal in Egypt; they rarely, if ever, meet their children, who reside with their mothers abroad. These experiences, as well as the social stigma associated with their sexual practices, can result in emasculation traps, brought about by, but also further entrenching, feelings of disempowerment.

The following section is on ‘Producing Muslim Femininities, Sexualities and Gender Relations’, which includes essays on the courtship practices of Syrian youth; the mechanisms by which Muslim women in Cairo remake their femininity; and an interview with researchers and activists working on Female Genital Mutilation, amongst other contributions. Part Three consists of essays on identity, intimacy and ‘mahrem’, which refers to those kin or others a Muslim woman could marry, and therefore with whom intimacy is taboo except through marriage. The ‘mahrem’ can give rise to, as Sertaç Sehlikoglu explains of contemporary Turkey, cultures of mahremiyet or ‘institutions of intimacy’, which regulate gender and sexuality by creating ‘borders, normalcies, and privileges’, indicating both what is and is not taboo, and who is and is not an insider (235).

The essays in Part Three show how creatively the ‘other’ (as opposed to the self) is constructed in different groups: for instance, among conservative female madrassah (religious school) students in Pakistan, who position their identity in opposition to both non-Muslim ‘others’ and to other Muslims who do not adhere to strict codes of dress in wearing the black burqa, an all-encompassing and covering outfit which hides the form and the face (Chapter 12). 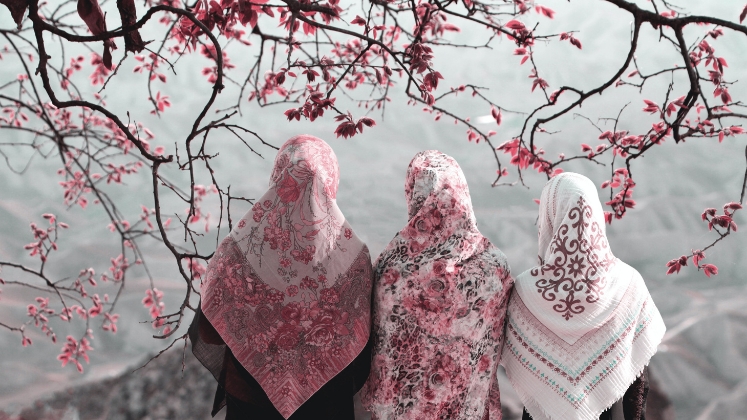 Photo by Hasan Almasi on Unsplash

Parts Four and Five of the book discuss fiction and political discourses of desire and protest: which voices and actions are deemed authentically Muslim by those within and outside the group or nation. The final chapters, especially Chapter Nineteen on ‘queering’ or ‘disrupting received narratives about’ the Iranian diaspora, in many ways reflect the critical positioning of the majority of the contributions, and recall Clare Hemmings’s important point about the political and epistemic importance of questioning dominant narratives, especially academic ones, in Why Stories Matter: The Political Grammar of Feminist Theory (2011).

Farhang Rouhani examines the memoirs of diasporic Iranian women and their receptions among Western audiences. In line with many of the book’s other contributors, Rouhani starts from a position of questioning ‘conventionally held understandings of gender, nation, narration and home’ to demonstrate how these can warp our understandings of the phenomena under study (355). Whereas online reviews of Jasmin Darznik’s The Good Daughter: A Memoir of My Mother’s Hidden Life (2011) interpret its descriptions of Iran as ‘backward’ by particularly focusing on the suppression of Iranian women, Rouhani finds this more indicative of reviewers’ own Islamophobia and need to locate Darznik’s authenticity in her identity as an Iranian, rather than being representative of Darznik’s ‘complex’ presentation of the country (361). Rouhani combines approaches from queer and diaspora studies, in particular the notion of ‘queer (un)belonging’ which questions traditional kinds of belonging – to a particular nation, for instance – without foreclosing possibilities for constructing new kinds of ‘community through the intimate sharing of experiences’ (355). This reading of Darznik’s work displaces the notion of Iran as her only possible home, and allows us to interpret her memoirs as ‘less a story about Iran and more a story about reckoning with alienation’ (364).

Gender and Sexuality in Muslim Cultures draws on what could be considered ‘core’ theoretical texts in gender and sexuality studies. However, the essays within it assume little prior knowledge of the fields and thus the book could serve as an introduction to contemporary gender studies. Each chapter offers ‘applied’ case studies of how gender, sexuality and religion interact to shape identity, employing a number of different theoretical frameworks to illuminate aspects of the process. The collection provides a refreshing break with much of the conventional wisdom on gender and sexuality in Islamic societies, and presents a richer account of the complex processes of identity formation in the Muslim world.

Nehaal Bajwa is studying for an MSc in the Political Economy of Development at SOAS. She is interested in gender and sexuality issues in development, and Asian studies. Her undergraduate degree was in Philosophy, Politics and Economics from the University of Oxford and she is on twitter: @nehaalfhb.

Posted In: Africa and the Middle East | Gender and Sexuality | Philosophy and Religion 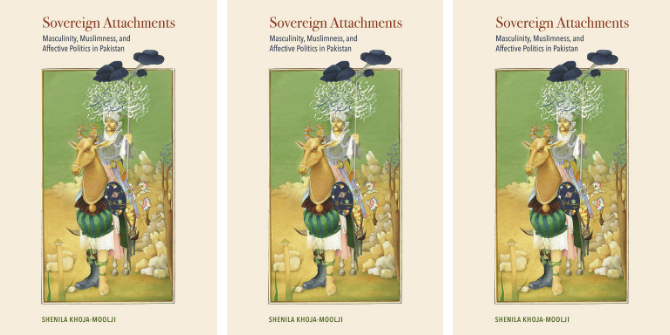