In Africa’s Last Colonial Currency: The CFA Franc Story, Fanny Pigeaud and Ndongo Samba Sylla explore how the CFA franc, created in 1945, has functioned as a form of French monetary imperialism. Demolishing the shallow rhetoric surrounding the CFA system, the authors are excellent guides to its political, diplomatic and technical history, finds Scott Timcke, offering a book that will be particularly of interest to economic historians, postcolonial theorists and political scientists. 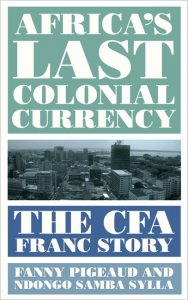 The central topic of Africa’s Last Colonial Currency is how France exerts control over several African countries through the CFA system, ‘the oldest monetary union in the world’ (137). With detailed discussions of the monetary mechanisms, Fanny Pigeaud and Ndongo Samba Sylla overwhelmingly demonstrate how this system, established in 1945, preserves a hierarchy wherein the benefits to France are ‘underestimated’ and the benefits to African countries are ‘exaggerated’ (103).

In demolishing the shallow rhetoric of the CFA franc being an African currency, as Emmanuel Macron has recently said in his Abidjan announcement, this book’s main contribution is to demonstrate the contemporary relevance of neocolonial analysis. Sensing how colonial powers were ambivalent about the ‘winds of change’, in 1965 Kwame Nkrumah described how neocolonialism is ‘exercised through economic or monetary means’ and ‘by a consortium of financial interests’. Pigeaud and Samba Sylla are excellent guides to the recent operation of these means and interests.

Much about monetary policy can be obscure, Pigeaud and Samba Sylla readily admit. Besides this, some of the central agencies have little motivation to simplify the matter for public debate. Indeed, the technical elements of monetary policy can be used to short-circuit discussions about the desirability of the CFA system. Still, the control of currencies can have enormous political-economic consequences because, depending on how this control is structured and exercised, it can be a cause of global inequality. This is certainly the case for the 162 million people living in the West African Economic and Monetary Union (comprising of Benin, Burkina Faso, Ivory Coast, Guinea-Bissau, Mali, Niger, Senegal and Togo), the Central African Economic and Monetary Community (comprising of Cameroon, Gabon, Chad, Equatorial Guinea, the Central African Republic and the Republic of the Congo) and the Comoros. These fifteen states comprise the franc zone, and they have France mediating their monetary policy.

This book has many audiences in mind including economic historians, postcolonial theorists and political scientists. It provides a political, diplomatic and technical history of the development of the CFA system, showing how currency arrangements are also conduits for wealth transfers from colonies to metropoles. It reviews how Africans struggled against this monetary system as well as the techniques the French state used to counter those attempts, like co-opting leaders and economic sabotage. The book also shows how the assassination of presidents like Togo’s Sylvanus Olympio (an LSE graduate) and Burkina Faso’s Thomas Sankara in 1963 and 1987 respectively were windfalls for France given that they both opposed the CFA system. 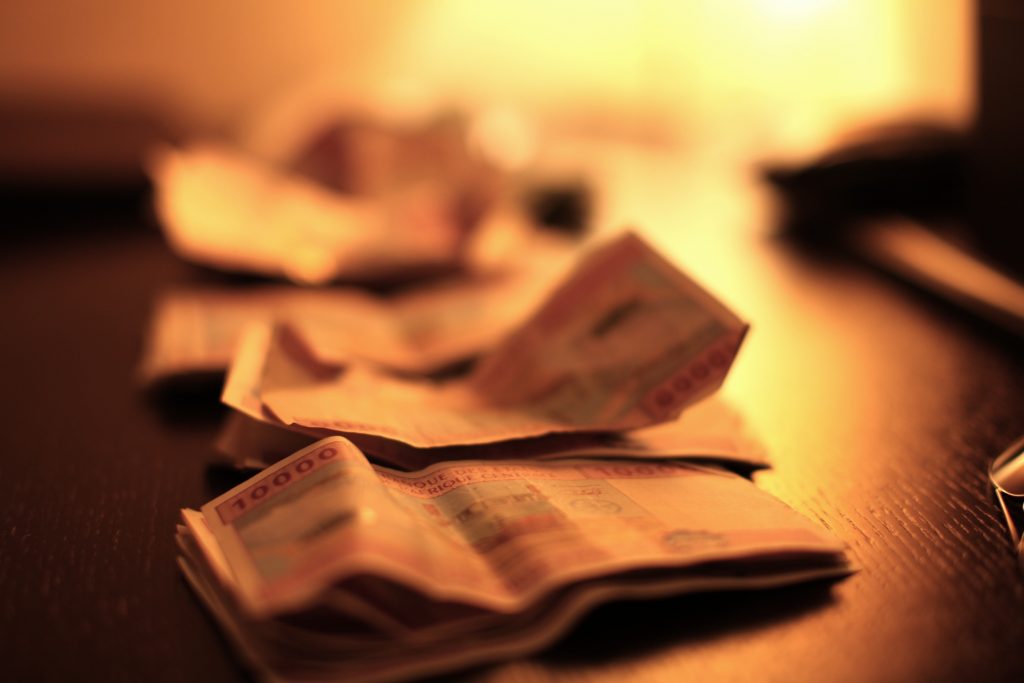 French monetary intervention in Africa has a long history. In 1825 King Charles X’s regime minted coins for Goree, an island off Senegal and a site of the slave trade. Eventually the area of this currency was extended to counter British West African traders, often through military force to impose monetary transitions away from local indigenous currencies. In 1851, the French authorities established the Bank of Algeria, supervised by the Bank of France. Colonial banks like the Bank of Senegal were established in 1855 using funds derived from French state compensation paid to slave owners following abolition in 1848.

Yet the colonial model and its fiscal components that had stood since the 1884–1885 Berlin Conference were ill-suited to twentieth-century developments, as the Algerian independence movement showed. Seeking to ‘develop solutions not to lose its colonial empire altogether’ (15), direct rule was replaced by ‘Françafrique’. For French state officials Françafrique refers to France’s sphere of influence, maintained through the soft power of cultural ties, whereas for Africans the term refers to hegemonic imposition that encouraged practices of elite enrichment that undermined democratic institutions. One component of Françafrique was France introducing a common currency in 1945, the CFA franc.

To simplify, the exchange rate between the French franc and the CFA franc was set so that trade flows would be to France’s favour, thereby helping France regain global market share and sources of raw materials for its industrial manufacturing. By overvaluing the CFA franc, metropolitan products became cheaper to import, while also increasing the price of African exports above that of similarly situated countries on the world markets. This meant that France was essentially the only buyer of raw materials, but able to do so without disbursing foreign currency. The pretext was that this arrangement would protect colonies from raising inflation from a devalued French franc due to the devastation of World War Two, but the context is that France sought to maintain the colonial extractive networks during the subsequent Cold War.

As activist and intellectual Walter Rodney discussed in the final chapters of How Europe Underdeveloped Africa, local elites could affiliate more with metropolitan interests. In the post-World War Two era, French President Charles De Gaulle leveraged these affinities to grant formal sovereignty to colonies, but maintained economic provisors through promises of development. Pigeaud and Samba Sylla are more forgiving of local leaders, suggesting that what might appear to be ‘voluntary servitude’ (98) was rather acknowledgement of the contextual constraints of power imbalances. However, they do admit that alignments with the ‘diplomatic positions of the French Ministry of Foreign Affairs’ (98) could cash out in the French state’s assistance in regime maintenance for authoritarians.

As they did not need the consent of the governed to continue governing, this is partly how Omar Bongo, Paul Biya and Denis Sassou Nguesso have together managed to rule for more than 100 years combined in Gabon, Cameroon and the Republic of the Congo respectively (98-99). ‘Obviously, the CFA franc is not the only cause of these countries’ underdevelopment’, Pigeaud and Samba Sylla write, ‘but the claim that the CFA franc has ‘‘promoted’’ growth and development in the area is patently false’ (105).

The CFA system is based on four interrelated principles, these being ‘the fixed exchange rate, the free movement of capital, the free convertibility of the currency and the centralization of the foreign exchange reserves’ (21). Initially fixed to the French franc (and, since 1999, the Euro), CFA francs are not convertible on the international foreign exchange market. This means that all international trade is mediated by the French Treasury.

There are other more severe repercussions of these principles. First, as the CFA franc is pegged to the Euro, countries in the franc zone are subject to monetary policies that have the cyclical development of the Eurozone first and foremost in mind (109). Consequently, countries in the CFA system do not have monetary tools to deal with the myriad of local shocks they experience. The only tool at their disposal is austerity programmes that have dire consequences for economic activity. Second, as ‘the CFA system prevents any policy aimed at the mobilisation of domestic resources’, there are limits to ‘money creation’ which has negative knock-on effects for economic activity (38). Third, the system permits outflows at the expense of local reinvestment. Subsequently, African countries in the CFA system are ‘underfinanced’ (113), with ramifications for the extension of credit. In short, Pigeaud and Samba Sylla show how the CFA franc’s stability primarily benefits French exporters and investors, thereby ‘preserving the advantages of the colonial past’ (4).

The final part of the book reviews the mechanisms in the CFA system by which France maintains neocolonialism in Africa: for instance, how the French state has equal representatives on the boards of the Central Banks in Dakar, Senegal; in Yaoundé, Cameroon, and Moroni, the Comoros. With a majority required for decisions, France has a de facto veto right. Shortly thereafter is a point-by-point rebuttal of the ideological propositions supporting the CFA system followed by a programmatic overview of the means to exit — and options to replace — the CFA franc.

Writing about the drawbacks of the CFA system is crucial, Pigeaud and Samba Sylla write, because ‘African citizens should know its history, functioning and consequences’ (2). Certainly, African intellectuals have done this before with ‘important critical analyses’ (1) provided by Samir Amin and Joseph Tchundjang Pouemi, among others. Furthermore, African deputies of the French National Assembly have protested the arrangement at various points since the CFA system’s inception. But, as Pigeaud and Samba Sylla point out, ‘unfortunately, these did not get the attention they deserved’ (2). As for the French academy, few scholars have given attention to ‘Franco-African currencies. And those who have, have often failed to take into consideration all angles, putting forward very ‘‘francocentric’’ analyses’ (2). When reflecting on astonishment about how and why neocolonialism continues to operate, it might be valuable to consider how and why critical work by African scholars is ignored in the global academic system.

The CFA system exists ‘in spite of the most elementary economic and political sense’ (137). And so, since this book’s French publication in 2018, there have been extended negotiations revisiting the CFA system. Pigeaud and Samba Sylla address these politics in the postscript. More broadly for France, ‘the political costs may be outweighing the economic gains,’ according to Carlos Lopes, High Representative of the Commission of the African Union. But it is still noticeable how French diplomats are trying to upend decades of agreements within the Economic Community of West African States (ECOWAS) as they seek to provide technical assistance to this monetary transition. To draw upon Tchundjang Pouemi’s concluding words from his 1980 book, Monnaie, servitude et liberté: La répression monétaire de l’Afrique, ‘Africa’s fate will be forged through money or it won’t be forged at all.’

Posted In: Africa and the Middle East | Economics | Europe and Neighbourhoods | History 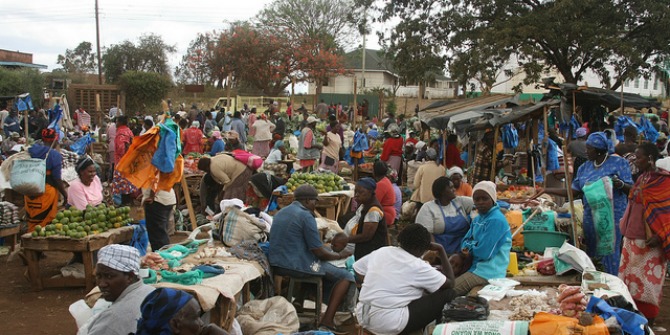