Book Review: The Political Economy of Making and Implementing Social Policy in China by Jiwei Qian

Book Review: The Political Economy of Making and Implementing Social Policy in China by Jiwei Qian

In The Political Economy of Making and Implementing Social Policy in China, Jiwei Qian explores how China’s bureaucratic incentive structure has led to a fragmented and stratified welfare system. This interesting book is a valuable addition to the literature of the Chinese social protection system, writes Mel Cousins. 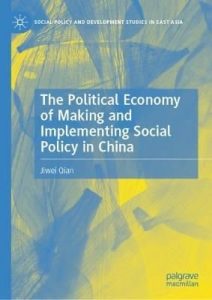 In this interesting book, Professor Jiwei Qian asks why the welfare system in China has become more fragmented and stratified after major initiatives in social programmes and significantly increased expenditure. In doing so, he explores three main questions: ‘First, how does China’s bureaucratic incentive structure lead to a fragmented and stratified welfare system? Second, what institutional arrangements affect the bureaucratic incentive structure in policy implementation? Third, to what extent is the current social welfare system configured by the administrative and fiscal capacity of the bureaucracy?’ (11)

Despite the broad title (‘social protection’ might have been a better choice), the study focuses on pensions, health and unemployment insurance and social assistance (dibao), which make up the bulk of Chinese social protection spending and cover a range of different policy areas and governance agencies.

Most, if not all, recent studies and theses on the political economy of Chinese social protection have emphasised two facts about the Chinese system. First, it is authoritarian; and second, it is regionally diverse and responsibility is divided between different levels of government. This leads to the well-known description of the Chinese model of governance as ‘fragmented authoritarianism’. But how is this specifically manifested in the Chinese social protection system? This is what this book sets out to explore. 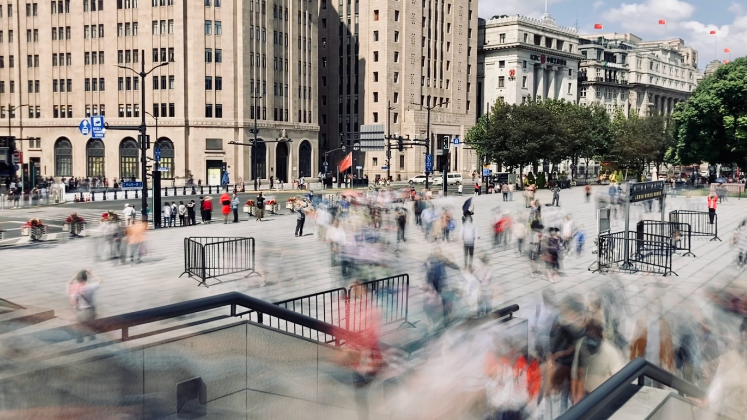 At one level, the book provides a very clear and well-written account of the structure of the Chinese system and shows how it is structured by different levels of government, which leads to the regionalism familiar to anybody who has studied the system. The book will be very useful for those unfamiliar with the structure of the Chinese system and to anyone teaching on Chinese social protection.

Chapters One and Two set the scene, providing an overview of the Chinese social protection system and a brief history of how the system has developed since the ‘opening up’ of the 1980s. Chapter Three offers a very helpful description of the localised and fragmented nature of both governance and social protection. It also describes the performance evaluation system for local cadres and discusses how this may affect policy variation.

Further chapters look at specific influences on policy implementation. These include inter-agency collaboration in policy implementation; local policy capacity; the impact of policy feedback (including online feedback, labour disputes and ‘exit’ to private insurance); and a case study of one area of ‘top-level’ policy priority (employment promotion). While these chapters raise important issues, the discussion is unfortunately largely anecdotal and based on specific examples. It is, of course, difficult to assemble concrete evidence on such issues, but authors such as Jennifer Pan and Yan Wang have used innovative approaches to test specific theses. It would have been interesting to see this approach replicated here.

When it comes to looking at how fragmented authoritarianism impacts on the structure of the system (and answering the author’s own questions as set out above), the book is less successful. In terms of the overall objective of the book, the first question (above) is arguably based on an incorrect premise. It is the Chinese system of governance and the significant socio-economic differences from one area to another which lead to a fragmented and stratified welfare system. The ‘bureaucratic incentive structure’ may or may not contribute to this, but it is certainly not the main cause.

It has indeed been argued in other work that the bureaucratic assessment system for local leaders informs their policy approaches and Qian largely follows this literature. However, it is unclear exactly how other incentives interact with the assessment system. The author highlights issues of the financial resources available to local leaders. One might also assume that leaders often want to do a good job in the eyes of key local stakeholders and to develop local legitimacy. Some may wish to advance their own personal interests or those of their family. To date, the role of such incentives has not been taken fully into account, at least in the field of social protection.

The book also does not convincingly address the key question of the extent to which the current welfare system is configured by the administrative and fiscal capacity of the bureaucracy. In order to do so, one first needs to establish the regional configuration of the system – but this is largely lacking. One might expect, for example, that the book would look at how a system of fragmented authoritarianism leads to different patterns of welfare provisions (a topic covered in several recent studies, including Social Protection Under Authoritarianism). Alternatively, one might look for explanations for different patterns of pension provision whereby – as other studies have shown – some provinces cover many more workers and pensions levels vary widely (see, for example, Jing Lin and A. Dale Tussing, 2016). Again, however, no detailed discussion of this topic emerges.

The concluding Chapter Eight, running to a mere thirteen pages including figures and tables, hardly does justice to the complexity of the issues involved in the political economy of Chinese social protection. Indeed, one can argue that this book places too much emphasis on the bureaucracy and that, in order to explain the political economy of social policy reform, one needs to bring economy and society back in.

The publishers might also have been more thorough in the production of the book. There are occasional proofreading errors and the numerous (and helpful) figures are presented throughout without axes titles. These can generally be discerned from the figure titles themselves, but this is not always immediately obvious (see, for example, figure 5.8). In addition, the many scatter charts are also presented without data names so readers cannot readily identify the outliers or see where particular provinces fit in the overall picture (for instance, figures 3.6 or 5.10).

Nonetheless, the book is a valuable addition to the literature on the Chinese social protection system and emphasises the fragmented and authoritarian nature of its governance which contributes to the structure and outcomes of the system. It is clearly written and presented and will be of great assistance in explaining the structure of the Chinese system to students. It also highlights key issues for further research including the extent to which (and why) bureaucratic incentives contribute to different welfare patterns and the impact of public feedback on social protection policies.

Dr. Mel Cousins is a visiting Research Fellow at the School of Social Work and Social Policy, Trinity College Dublin. He has worked as a social protection adviser to a range of organizations including the Asian Development Bank, European Commission, the World Bank, AusAID, DFID, and UN agencies in a wide range of countries including China. He has written extensively on social security and social policy issues. 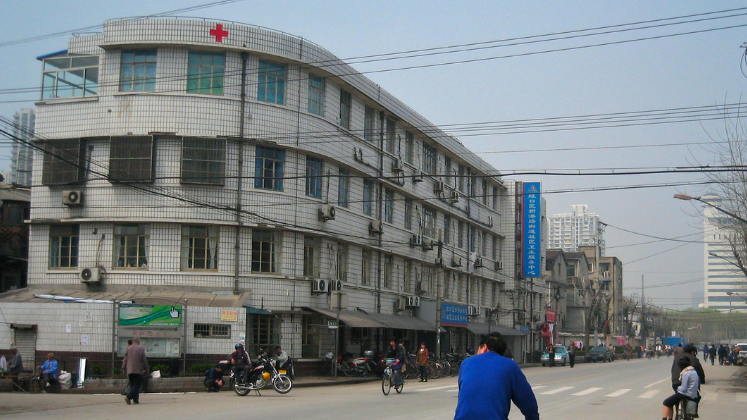 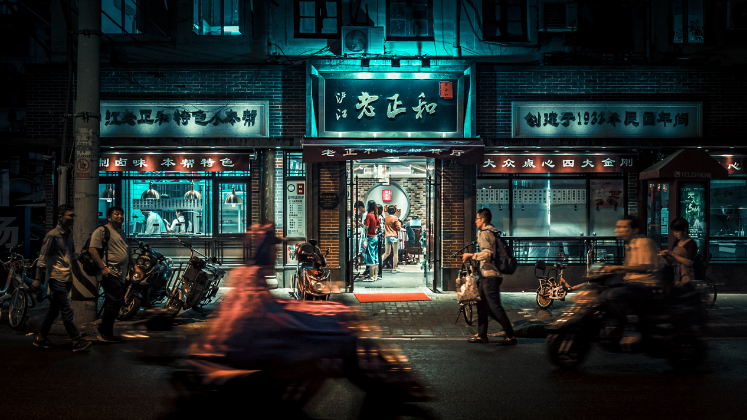 Book Review: Beyond Tears and Laughter: Gender, Migration, and the Service Sector in China by Yang Shen