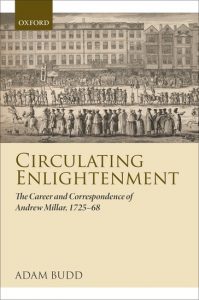 As Adam Budd’s illuminating study Circulating Enlightenment demonstrates, bookseller Andrew Millar (1705-68) was an intriguing figure who, although not widely remembered today, played a central role in Britain’s eighteenth-century book world. Still, given Millar’s many important connections and projects, his ‘epistolary record’ is, Budd laments, surprisingly ‘uneven’ (xxxi). That is partly because he preferred face-to-face conversations to writing letters and also because many of his professional contacts lived close by. Sadly, too, many of the letters he received, he did not bother to keep.

At the core of this volume are the 234 surviving letters — many published here for the first time — that passed between Millar and his sundry correspondents. Moreover, numerous useful scholarly apparatuses are provided to help the reader make sense of the content and historical context of those letters. Each letter, for instance, is meticulously transcribed and expertly and fulsomely annotated. Also, the book offers four scholarly appendices. These provide: 1) a chronologically arranged ‘Table of Letters’; 2) a ‘Biographical Directory of Correspondents and Associates’; 3) ‘Andrew Millar’s Last Will and Testament’; and 4) ‘A Catalogue of the Copies and Shares of Copies of the Late Andrew Millar.’ Close readers may discover the text has its share of occasional slips, many of which more rigorous copy-editing might have caught.

The volume opens with a substantial ‘Introduction’ of over 100 pages. In it, Budd outlines the contours of Millar’s life, in so far as they are known, and situates the man in his times. Budd’s approach to the field, we find, was inspired by book historian Robert Darnton. It was Darnton who ‘reminded us of how to do the best kind of book history’: ‘Authors in Grub Street [have] deserved consideration as much as famous philosophers [. . . and] the past should be studied from above, from margins on the side, from every possible angle. In that way, it might be possible to create what the Annales historians used to call histoire totale’ (xxxviii). 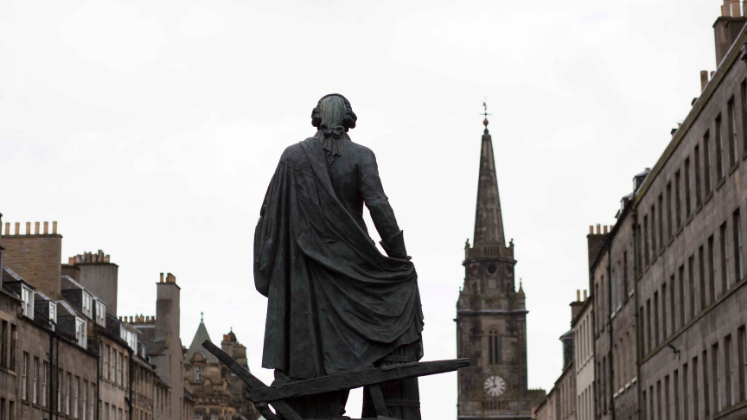 Image Credit: ‘Royal Mile’ by Edinburgh licensed under CC BY 2.0

Millar was born in coastal Renfrewshire at Port Glasgow to Elizabeth Kelso (d. 1759) and Robert Millar (1672-1752), ‘one of Scotland’s leading ecclesiastical historians’ (xlii) and a close friend of the Rev. Robert Woodrow (1677-1734). Matriculating at the University of Glasgow in 1719 ‘as a fifth-year student’ (xliii), in 1720 he apprenticed in Edinburgh with bookseller James McEuen (dates unknown). Records show that, by 1726, Millar was in London. In 1727 he was managing a bookshop for McEuen on the Strand; by June of that year, Budd figures, Millar was running the shop independently. Over the next 40 years, Millar would be involved with many in the British publishing world and also with leading authors, making a considerable fortune along the way. Obituaries would claim he was worth £60,000, a vast sum.

Budd discerns that Millar was generous towards many of his authors and remarks that ‘the evidence of loyalty between Millar and every one of his documented assistants, over the course of decades, is remarkable’ (cxx). Still, the editor does not ignore his subject’s flaws, finding that Millar ‘was willing to mislead and manipulate his closest colleagues, oldest friends, one of his most lucrative authors, and a solid financial backer’.

These less-admirable traits surface in his dealings with Hume. In 1754, for instance, it appears that Millar engaged in what Hume referred to — in words that stuck — as the ‘Conspiracy of the Booksellers’ aiming to usurp the rights to Hume’s The History of Great Britain away from its original publisher, Gavin Hamilton (1704-67) of Edinburgh. Later, in 1757, Millar circulated behind Hume’s back ‘two obnoxious Dissertations’ (Hume’s essays ‘Of Suicide’ and ‘Of the Immortality of the Soul’) that he and Hume had agreed to suppress, passing them along to the politician John Wilkes (1725-97) and others, without Hume’s knowledge. Millar shared a pre-published Humean manuscript with one of Hume’s critics, Warburton, and parts of his private correspondence with another, the Rev. John Brown (1715-66).

Worse yet — in Hume’s mind at least, once he found out about it — Millar also aimed to deceive Hume by ‘saturating the market with 7,000 specially priced sets of the History of England’. As Frederic L. van Holthoon has convincingly argued about that 1763 edition, ‘Because Millar in his “rapacity” had printed a large edition Hume was precluded from making new revisions to his text.’ Hume, a serial revisionist, never forgave him.

Budd’s Circulating Enlightenment allows us to see these and many other facets of Andrew Millar’s complex life in exquisitely vivid detail. The volume is handsomely printed and richly illustrated with 89 black-and-white images.

Mark G. Spencer is Professor of History at Brock University in St. Catharines, Canada. Among his books are John Beale Bordley's 'Necessaries': An American Enlightenment Pamphlet in its Historical Contexts (2020), Hume's Reception in Early America: Expanded Edition (2017), David Hume: Historical Thinker, Historical Writer (2013), and David Hume and Eighteenth-Century America (2005). He was also editor-in-chief for The Bloomsbury Encyclopedia of the American Enlightenment (2 vols, 2015). Currently, he is co-editing a critical edition of Hume's History of England for Oxford University Press.

Posted In: Art, Lit and Film | Britain and Ireland | History | Philosophy and Religion 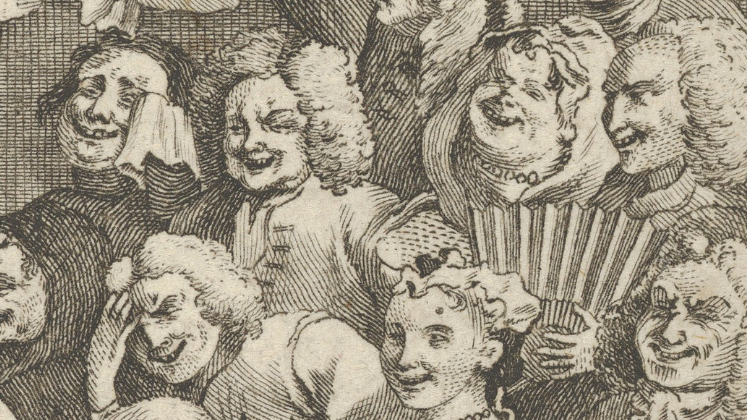