On the 80th anniversary of the Beveridge report, the five ‘giants’ he sought to slay are alive and well and stalking this green and pleasant land. A new book series from Agenda lays out a plan to finish the job started by William Beveridge in 1942, taking a fresh look at Want, Idleness, Disease, Ignorance and Squalor. Helen Barnard, author of Want, introduces the series and her contribution. 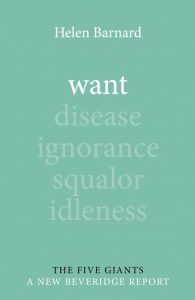 William Beveridge typified both the best and the worst of his age. He was a reformer, a believer in rigorous social science and a leading supporter of Jewish academics dismissed by the Nazi party in the 1930s. He was also a eugenicist, described as an intellectual snob by Harold Wilson and firmly rooted in the patriarchal and classist moralising of his time. The vision he set out was undoubtedly a great leap forward from the previous patchwork of support offered by charities and local authorities, and from the oppressive principles of the Poor Law. However, it baked in the power structures of the age, laying down what the lower classes should have, how they should behave and how their weaknesses should be corrected. It assumed dependence – of women on men, of disabled people on others, of workers on bosses.

Now a new series of books takes a fresh look at Beveridge’s five giants – Want, Idleness, Disease, Ignorance and Squalor. Each book explores what the ‘giant’ looked like when Beveridge was writing and how it has changed in the modern era. They assess the strengths and weaknesses of the welfare state established after the Second World War and propose new approaches to meet modern challenges.

In Want, I refer to the work of the economic historian Carlotta Perez, who traces the links between technological and social change. She identifies periodic ‘techno-economic paradigm shifts’, when major breakthroughs drive waves of change in how people work and live. These create periods of crisis and instability, moving from initial excitement to recession, social unrest and the rise of populist leaders. Social norms and institutions break down and become inadequate, to be replaced by new ones better suited to new ways of thinking and relating to one another.

Beveridge incubated his ideas during the instability and crises of the 1920s and 1930s. His proposals were borne of the industrial age, developed from ideas that emerged in the early part of the twentieth century as the first Ford cars rolled off the production line.

We are now in the midst of another technological shift – the birth of the digital, low-carbon era. Industrial institutions, including our welfare state, are straining to keep up, buckling under the pressures of demography and increasingly out of step with our world of networks, relationships and consumer power. We no longer want to be treated like widgets being moved through the system, or like children, which can feel infantilising and even destructive. 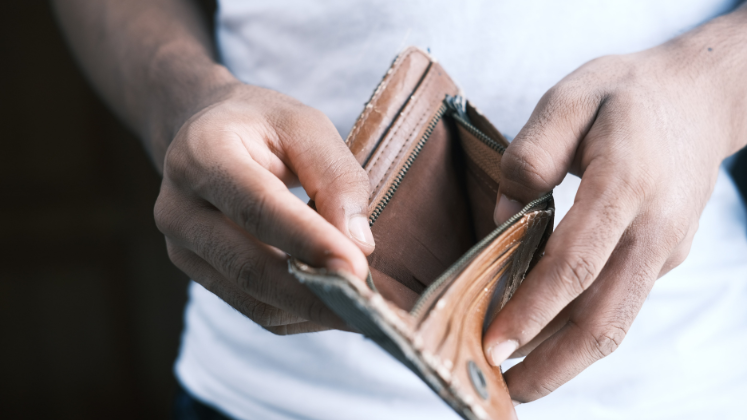 Photo by Towfiqu barbhuiya on Unsplash

The face of modern poverty has changed, but the essence of a decent life in which we are not trapped ‘in want’ is remarkably stable across history and geography. A secure home. Steady, fair, rewarding work. Giving our children a good start in life and the skills they need to thrive. Mental and physical health, living conditions which support good health and care when we need it.

But these material circumstances are not the only features of a decent life. Respect, dignity and feeling part of our society are just as important. People trapped in poverty often speak as much about the humiliation and fear it brings, the sense of being despised and excluded, as they do about having to go without essentials or live in a cold, damp home.

So, who is shut out of these basics in today’s UK? Families with children, usually with at least one parent in work, have seen rising poverty rates and deeper hardship in recent years. They are hemmed in by low-paid, insecure jobs, high rents, inadequate childcare and transport and poor access to training. Social security, the jewel in Beveridge’s welfare crown, has been eroded by cuts, freezes and ever harsher conditions.

Disabled people and their families make up half of all those in poverty in the UK, but are continually overlooked, despite low incomes and high costs creating unconscionable hardship and suffering, and even death in some cases. Pensioners currently have among the lowest poverty rates in the country, but these are rising again. And underneath the rosy surface, trends are bubbling – in health, aging, housing and savings – which may drag us back to an era when getting old is again associated with the fear of being cold, hungry and isolated. And young people, especially those from Black, Pakistani and Bangladeshi backgrounds, are hit hardest by recessions and face worse and longer ‘scarring’ effects than other groups.

A common theme across the five books in the series is the extent to which the problems to be tackled have changed since Beveridge published his seminal works, and the need for our solutions to evolve likewise.

In Idleness, Katy Jones and Ashwin Kumar show that Beveridge’s focus in slaying that giant was primarily about worklessness and creating jobs for male breadwinners. By contrast, today’s problem isn’t unemployment but a lack of good quality work, with decent pay and security. Similarly, in Disease, Frances Darlington-Pollock demonstrates that the threats to our health have changed, today being primarily ‘long-term conditions such as diabetes, expanding waistlines and deteriorating mental health’.

Sally Tomlinson reflects on the significant progress made in tackling Ignorance in terms of children’s education and the population’s numeracy and literacy, but critiques the ‘various sorts of ignorance [which] were incorporated into educational policies and practices in the years following the 1942 report by Sir William Beveridge’. Whilst in Squalor, Daniel Renwick and Robbie Shilliam go further, arguing that Beveridge’s plan for housing was always, ‘even by his own standard, unconvincing’. Like the other authors, they highlight the centrality of stark inequalities in housing quality and cost, and the dark underbelly of racism and classism which shaped many policy decisions in the decades preceding and following the Second World War.

In Want, I set out a series of proposals for reforms not only to public services and social security, but also to the ways we structure and manage markets. Changes to the labour market as well as the regulation of consumer markets and the housing market are necessary to free us from Want. The other books in the series similarly propose deep-seated shifts, not only in the specific services they describe – health, education, housing and so on – but to the surrounding conditions of our society and the structure of our economy.

Underpinning all these proposals is the requirement to shift power. Jones and Kumar’s call for rebalancing labour market power towards low-paid workers. Darlington-Pollock uses ‘structural violence’ to describe policies that exacerbate health inequalities. Tomlinson yearns for an education system that transcends the ‘crude, class-based opportunism that competitively seeks education to gain and sustain privilege’. Renwick and Shilliam cry out for a ‘robust system of housing regulation and enforcement’ to combat what they call ‘a new squalor in Britain, radiating out from the bonfire of red tape’.

In Want, I conclude: ‘Poverty is fundamentally about power and powerlessness. The workers with the least power can’t avoid jobs that trap them in poverty. The least valuable consumers can’t get the best prices. Those without economic and social power are held back, ground down and exposed to public services that treat them at best as children or at worst cogs in the machine. They don’t have the economic power to avoid the social security system or buy better mental health treatment. They don’t have the social power to assert their rights or persuade providers to behave with compassion. They don’t have the political power to challenge stereotypes or change the direction of policy.’

Beveridge and his kind were products of the age of deference. The new institutions he proposed were revolutionary in many ways, but they were based on the same old power structures. The five giants he sought to slay still stalk the land, albeit wearing different faces. To defeat them we need a new rebalancing of power for a new technological age.

Giants: A New Beveridge Report is available to buy online and at all good bookshops: Want by Helen Barnard (@Helen_Barnard); Idleness by Katy Jones and Ashwin Kumar (@Dr_KatyJones and @KumarAshwin); Squalor by Daniel Renwick and Robbie Shilliam (@Dan_Renwick and @RobbieShilliam); Ignorance by Sally Tomlinson; and Disease by Frances Darlington-Pollock (@F_Darlington).

Note: This review gives the views of the author, and not the position of the LSE Review of Books blog or of the London School of Economics and Political Science.

Helen Barnard is Associate Director of the Joseph Rowntree Foundation (JRF) and Director of Research and Policy at Pro Bono Economics. Helen is a leading national expert on poverty, inequality and social policy. Her extensive body of written work and regular media contributions have covered poverty, destitution, labour markets, housing and social security. Helen is a Social Metrics Commissioner and member of the Poverty Strategy Commission. She is also a trustee of the National Centre for Social Research. Webpage: https://twitter.com/Helen_Barnard 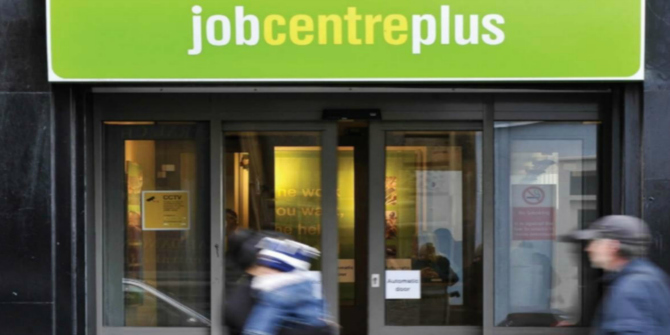 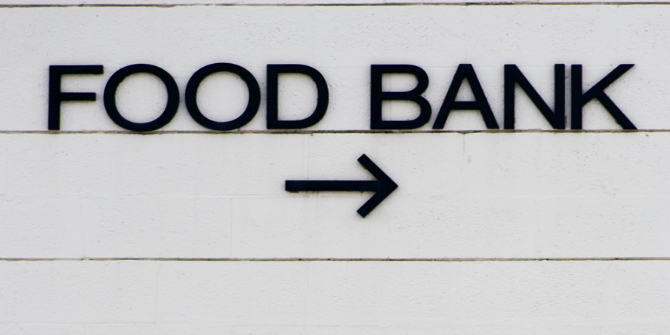 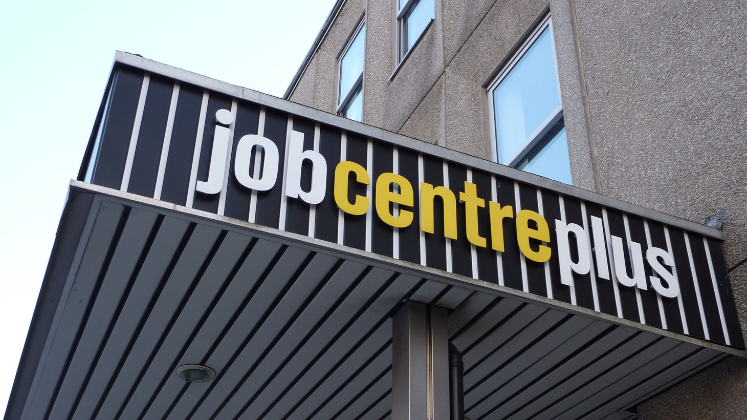