All the King’s Men: Patterns of Authoritarian Consolidation in the Bhumibol Era

All the King’s Men: Patterns of Authoritarian Consolidation in the Bhumibol Era 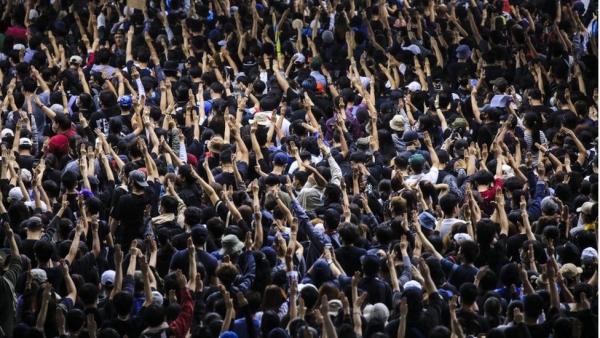 In Feb 2020, the Thai pro-reform and anti-military Future Forward Party (FFP) was dissolved in a constitutional court ruling. Widely criticised as a move by the military junta to stymie potential opposition, the interference was predictable given Thailand’s historical alternation between military juntas and civilian governments since the abolition of absolute monarchy in 1932. This military interference reflects the classification of Thailand as a closed anocracy (Polity IV, 2018) and a flawed democracy (Economist Intelligence Unit, 2019). The lack of democratic freedoms does not augur well for political stability in Thailand, as evidenced by how Thai governments since 1957 had an average regime length of 2 years, compared to 4—5 years in other semi-democracies (Knutsen & Nygård, 2015). Yet, with the exception of the Thaksin regime, military juntas tend to last far longer than 2 years—crucially having in common a system of patronage with the Thai monarchy.

Authoritarian consolidation is rendered possible due to the political backing from the Thai monarchy. The article seeks to address two questions: (i) how had the Thai monarchy under King Bhumibol consolidated power from 1957—2006? and (ii) why had military regimes consistently outlived democratic regimes? A rational actor model is proposed in response to (i), three aims of the monarchy are isolated: maintaining public religious loyalty, economic stability and the monarchical nexus. In response to (ii), the monarchy had preferred military regimes as they had better fulfilled these aims as opposed to non-military regimes.

Göbel’s model is consistent with the major findings in the literature on Bhumibol’s reign and power consolidation. For instance, the concept of Bhumibol’s “network monarchy” of royalists who interfered in Thai politics at royal behest (McCargo, 2006) outlines macro- and meso- tiers of consolidation, while the literature concerning Bhumibol’s charismatic leadership centred on Theravada Buddhism (Ünaldi, 2016) outlines a micro- tier.

Starting with Bhumibol’s dhammaraja philosophy, the monarchy seeks to exert political influence over various stakeholders in Thai society, such as the rural population, religious bodies, and the urban elites amongst others. These stakeholders become the bases of influence consolidated in Göbel’s meso– tier. Second, to legitimise his influence, Bhumibol relies on the Thai public’s religious loyalty, which is a consolidation of power in the micro- tier. Third, to maintain this influence, Bhumibol relies on political, economic and legal institutions—levers of power consolidated in the macro– tier. Finally, economic stability is needed to maintain the operability of such institutions. The tiers, therefore, are dynamically related to each other, such that strengthening (or losing) influence in one tier may bolster (or hamper) the integrity of another tier. The following model of Thai monarchical consolidation captures these dynamics:

Fig 1: Model of Bhumibol’s consolidation of power in terms of Göbel’s three tiers of authoritarian consolidation

Possible extensions of Göbel’s model could include an account of Iranian theocratic consolidation under Ayatollah Khomeini following the 1979 Iranian Revolution. While the political history of Thailand and Iran are dissimilar in many aspects and Khomeini’s absolute political mandate is distinct from Bhumibol’s implicit political influence, we suggest that the authoritarian consolidation of both leaders nonetheless displays similar structures.

On the micro-level, the religious tenets of velayat-i-faqih (absolute guardianship of the Islamic jurist) in Iran and the dhammaraja philosophy in Thailand were widespread state-led religious ideologies that justify the respective leaders’ political powers and vast constitutional rights. On the meso-level, the Iranian Revolutionary Guard Corps (IRGC) is comparable to the Thai Village Scouts and other paramilitary outfits, having been established to quell dissent and influence public opinion in favour of the reigning powers. On the macro-level, the ulama (Islamic clerics), operating through bazaar-mosque networks and top-flight positions in the Guardian Council, have enforced an acceptance of religious reasoning within the administrative, executive and judicial mechanisms in Iran. Such influence is also observed in Thailand through the royalist privy council and frequent use of the lèse-majesté law. Furthermore, Iran and Thailand engage in income redistribution to engender public favour through powerful charitable trusts such as the para-governmental bonyads in Iran and the Royal Projects Foundation in Thailand.

Ünaldi, S. (2016). Working towards the Monarchy: The Politics of Space in Downtown Bangkok. Honolulu: University of Hawai’i Press.