Identifying with the European Union and the national state: exploration of the interactions between multiple political identities

Identifying with the European Union and the national state: exploration of the interactions between multiple political identities 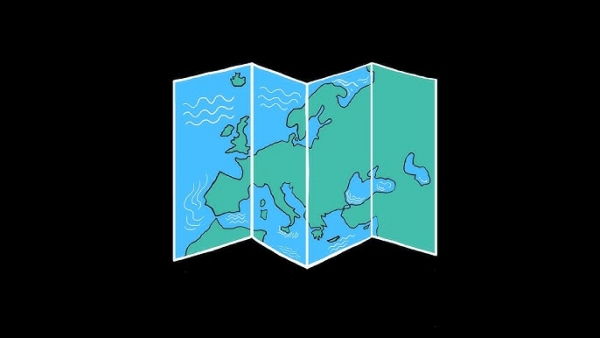 In the context of the dramatic events of the Brexit vote of 2016 and of the ongoing democratic backsliding in Eastern Europe, many have questioned the future of the project of European integration. The future which might seem particularly unstable due to the disparity between the increase of the political powers of the European Union (Genschel and Jachtenfuchs 2013, P.4) and the apparent lack of a decisive Europeanness to accompany it, leading to potential problems of legitimacy (Herrmann, Risse and Brewer 2010, P.41). Thus, to understand the present and future of the European project, I will discuss the statement that: ‘Given the historical, cultural and linguistic diversity of EU member states, a collective European identity is unlikely to emerge’. The thesis defended will be that the diversity of the member states is not a significant issue to the creation of a collective European Identity, and therefore it is possible. However, its likeliness depends on the ability to foster the image of a collective European community. This argument will be supported in three clear stages. Initially the understanding of the “European Identity” used in this paper will be explained, secondly I will build the theoretical argument of why within this conception the particular diversities are not relevant and lastly I will conclude how this theoretical mode can be based on some available statistical patterns.

2. The concept of European Identity

To make the entire analysis possible, firstly I will describe the concept of European Identity which will be considered in this essay. Primarily it must be stated that European identity is a specific collective identity, which essentially translates to a sense of “we-ness” (Keulman and Koos 2014, P.16), which is driven by an acceptance of some fundamental similarity and results in a sense of shared solidarity (Brubaker and Cooper 2000, P.7). Collective identities in general are “socially constructed”, which in one sense means that it emerges as a consequence of a network of social interactions (Fligstein, Polyakova and Sandholtz 2012, P.108), that is something that is quite uncontroversial. In the second sense it further means that it is not inherent to a certain group of people, but rather that it is created within an active process of identity formation, as such it is something that can be understood in degrees (Lysoňková 2017, P.5). Although being socially constructed, political collective identities (such as the European identity) do not exist as independent entities, but rather have to be understood as “imagined communities” (Anderson 2006, P.6). This means that the degree of their existence depends on how clearly the image of their collective community exists in the minds of the members, if the image becomes “real” enough it will translate into identity (Herrmann, Risse and Brewer 2010, P.43). The sharpness of the image is usually judged in two distinct dimensions: civic and cultural. The cultural conception of political collective identity is a sense of belonging towards a particular cultural group, defined in opposition to other groups. While the civic conception is related towards identification with certain political institutions, such as the state or the constitutions (Bruter 2014, P.12). To summarize: European Identity is taken to be a collective identity that is imagined by a group of people based either on cultural, civic or mix of both considerations.

3.1 Identity as a collective learning process

After having a firm grasp of the definition, I will now explain why it is possible under this definition to claim that diversity of the EU member states is not an obstacle to the emergence of the EU identity. The argument has two parts. The first part explains why the European Identity can emerge within a “collective learning process” (Müller 2007, P.61). This relates to the fact that if one accepts that the formation of European identity is a socially constructed active process, one can presume followingly that it will be shaped by new knowledge and experiences (Müller 2007, P.61). Consequentially, if it can be shaped in such a way, it is further possible to stipulate that if such knowledge and experiences are fostering the imagined European community it will emerge as a result. This does not mean that the European Identity will emerge as a historical necessity, but rather as direct result of the political discourse and cultural exchange within the Union (Calhoun 2005, P.258). As such interactions will clarify the role of the European Union as a major institution in the life of the European citizens, while experience of Europe will make it easier to view Europe in opposition to “the others”. In other words, the image of the European community will become sharper in both the civic and cultural sense. One could already here point out, that such interaction will be inefficient due to the lack of a common language in the Union and thus will not have a significant effect. This, however, does not seem particularly relevant as there are national states, specifically Indonesia, Mexico and Kenya, with at least as many official languages as the European Union and in fact majority of countries worldwide are multilingual (Risse 2011, P.38). On the top of that English is emerging as a Lingua Franca of the European Union, which will facilitate communication significantly into the future (Risse 2011, P.38).

The second part deals with the potential Eurosceptic critique, which claims that although it might be possible in theory, the creation of common EU identity will be thwarted by particular national identities. This counter-argument intuitively makes sense for two reasons, firstly because it may be visualized as a “conflict of content” where the European Union is competing for the same civic/cultural positions as the national state and secondly, in a more abstract manner, the EU could be taken to undermine the basis of collective political identity in general (Castiglione 2011, P.32). It could be to an extent supported by the empirical results adapted by Sean Carey from the Eurobarometer 54.1, which showcase a correlation between a stronger feeling of national identity and lower support for European Union (Carey 2002), as support for the EU may reasonably linked to European identity. However, in recent literature it has been shown quite decisively that that National Identities and European identities can coexist (for an exhaustive discussion see Westle and Segatti 2016, P.99).

Theoretically this can be explained in multiple different ways, one of the which seems plausible is the theory of nested identities. This theory posits that a person can have multiple collective identities which are complementary to each other and serve different purposes, as they work in broader or narrower contexts (Medrano and Gutiérrez 2001, p.757). Medrano and Gutiérrez find support for this theory in their 2001 regional study from Spain, which finds a link between the survey responses between self-identified European Identity and Spanish National identity, as people who identify strongly with their own country are also more likely to identify strongly with the EU (Medrano and Gutiérrez 2001, p.770-771). Similar results have also been found by Bruter and Harrison from their grand survey of 30 000 citizens from all 27 member states of the European Union conducted in 2009 (Bruter and Harrison 2012).

The possibility of nested collective identities therefore does not clash with any part of the definition set out in this paper; however, in reality national governments make conscious effort to keep the primary loyalty of the people. This can be particularly observed in the countries of the CEE region, where the elected leaders persistently endeavor to not only downplay the significance of the European Union but also to vilify it (Kazharski, 2017). As a result, although theoretically the identities are compatible, the emergence of EU identity can be notably thwarted by actions of interested political agents on the national level.

4. The future of European identity through data

The two parts of the argument taken together establish that it is theoretically possible for a collective European Identity to emerge despite the diversity of the member states, which can be supported by consideration of some statistical trends. Firstly, the study conducted by Bruter which examines 350 distinct cases from three decades of Eurobarometer surveys in 17 countries, finds generally a positive trend in the development of its European Identity value (Bruter 2014, P.138). The European Identity value in the research design is a built on a complex residual model, which essentially translates to support for European Integration without any hope of economic return (Bruter 2014, P.198). Although this a different measure of EU identity than adopted in this paper it is compatible with the presented, considerably more abstract, definition and thus supports the notion of a collective learning process. As the general upwards trend underlines the possibility to “build” the European Identity.

Secondly, Neil Fligstein presents an analysis of how multiple factors that could be taken as proxies for fostering the European imagined community (travelling, speaking a second language, studying or operating a business abroad) correlate positively to higher European Identity (Checkel and Katzenstein 2011, P.139). The relevance of these results is limited by the fact that the European Identity variable in the study is based on self-assessing questions and thus profoundly inaccurate and the fact that the proxy variable cannot capture the abstract interactions within Europe accurately, it nonetheless suggests that through interaction and exchange within Europe the EU identity can be increased.

Considering the results of the studies together they act as reasonably strong support for the theoretical part of the presented argument, however they cannot be taken as decisive at all. This is particularly due to the substantive methodological hardships when testing something so deeply abstract as a collective identity (Peterková 2003). If in addition the negative actions of the national governments are acknowledge it is far from sure that the European identity will emerge, everything will depend on the quality and quality of the approach the European Union employs to facilitate its construction.

In conclusion, I have shown that it is possible for a collective European Identity to emerge despite the differences between the member countries, however the likeliness depends on the ability to foster the collective image of European community. This has been supported by a rigorous theoretical model, built on a robust definition of European Identity. This model has been tentatively supported by some available statistical patterns, however the limitations of this support have to be recognized, as I did not attempt my own statistical analysis specifically suited for the model at hand. Which, however, would provide an excellent opportunity for further research if this problematic were to be explored more in depth. Currently, despite some statistical indications and theoretical background, it is not at all clear that the emergence of a significant European identity in the face of pressure from the national governments. The actions of European Union itself will determine the likelihood of the this possibility coming to fruition in the future.

Bruter, M. and Harrison, S., 2012. How European Do you Feel? The Psychology of European Identity. In Collaboration with Opinium Research and Lansons Communications,.

Calhoun, C., 2005. Constitutional patriotism and the public sphere: Interests, identity, and solidarity in the integration of Europe. International Journal of Politics, Culture and Society, 18(3/4).

Lysoňková, M., 2017. Should a European project be universalistic? The case of Jürgen Habermas’ conception of European identity. Human Affairs, 27(1).

Peterková, J., 2003. The role of cultural heritage in the process of mutual communication and creation of consciousness of common cultural identity. Kakanien Revisted,.