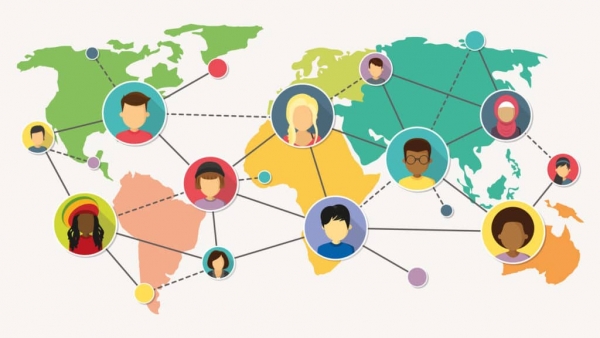 In the light of China’s continuing industrialization, economic development and structural change (Hirst 2009), the increasing attention paid to the liberalization and growth in other leading Asian economies such as South Korea and India consolidates the positive narrative of economic globalization. The ‘East Asian Miracle’ should not occult the blatant disparities in global growth and development patterns. In André Gunder Frank’s famous formulation, capitalism generates economic development for the few and underdevelopment for the many (Frank, 1971). A thorough analysis of the underpinnings of divergence and underdevelopment theory highlights that globalization hindered economic growth through structural limitations in the institutional architecture of the global economy.

The discursive binary divide between the ‘North’ and ‘South’ economies is inevitable when addressing economic development. Traditionally, non-industrialized countries have been categorized as underdeveloped, while industrialized countries are branded as ‘first movers’. According to scholar Hirst, historically, the so-called North bloc has consolidated its position as high-income earners in the late nineteenth century, and there has been some considerable convergence between them over a long period of time (Hirst, 2009). On the other hand, emerging economies espoused a rather disparate growth trajectory. If globalization is understood as the progressive liberalization and opening of economies to international trade and investment, then in the first round of globalization between 1870 and 1914, while it consolidated the original convergence, it did not extend this much beyond that charmed circle (Hirst, 2009).

Scholar Ha-Joon indicates that an honest reading of the historical record shows that today’s industrialized countries pioneered and relied upon myriad interventionist industrial, trade and financial policies in the early and often in the later stages of their own development (Chang, Grabel, 2014). Constrastingly, the vast majority of developing countries faced a dismal economic performance prior to World War II (Chang, Grabel, 2014). Coercive economic policies imposing an orthodox, market-conforming view of trade exchanges, were imposed by colonial powers or, when nominally independent, through treaties that deprived those countries of tariff autonomy and the right to have a central bank (Owens, 2020). Unsurprisingly, economic decline and slow economic growth were the outcome of such policies.

This divergence in development trajectories between North and South countries is not the result of inappropriate strategies and the absence in the developing world of the political and cultural characteristics of Western modernity (Owens, 2020). The Third World’s continuing underdevelopment was not a product of its failure, but rather a result of structural limitations to the possibilities to achieve development (Owens, 2020). Prosaically put, development depended on underdevelopment (Owens, 2020). Scholar Philips points out that the terms of trade in the international economy, a concept highlighting the relative competitiveness of national economies by measuring the relationship between the price that a country’s exports can command in international markets and the price that country pays for its imports, worked systematically against the Third World and its development prospects (Owens, 2020). This premise is a key tenant of dependency theory.

Dependency theory, more than a theoretical construct, is a way of understanding historically embedded, political-economic relations of peripheral capitalist countries, especially Latin American countries, within the broader context of the global economy (Desai, Potter, 2014). Scholar Amin insists that dependency theory is essentially a critique of the development paths, policies and strategies followed in Latin America, and elsewhere in the periphery (Amin, 1976). Amin debunks the myth of development by charging that such concepts as ‘harmonic relationships’, ‘marginal propensities’, ‘perverse labor relations’, ‘general equilibrium systems’, and ‘interdependent markets’ capture the mystifying flavor of the conventional, neo-Keynesian mentality among development economists and their allies in other fields (Pearce, 1978). The comparative advantage stipulating that an international division of labor allows for a more optimal allocation of resources internationally was challenged by Paul Singer, Celso Furtado and Raùl Prebisch. In Latin America’s case, this inequality pervading the international trade system was particularly salient as the historical marginalization was perpetuated by unequal commercial arrangements with the United States and the United Kingdom. Multinational corporate power and authority over technology transfer and capital investment emerged as a new form of dependency (Desai, Potter, 2014).

Globalization perpetuates this logic of inequality, favoring an unequal distribution of resources. André Gunder Frank argues that the core-periphery relations enact a structural reality that prevent the so-called Third World countries economies from booming. The intensification global interconnectedness and entrenchment of global economy in a web on interdependence further stratified neocolonial allegiances and the establishment of neoliberalism as ‘the only alternative’ neatly summed in the phrase ascribed to former UK Prime Minister Margaret Thatcher (Owens, 2020). The dominant narrative of convergence and of neoliberal miracle is challenged as empirical data comforts the argument that globalization rather hindered economic growth as global inequality has tripled since 1960.

Milanovic and the World Bank use, namely to measure the Gini coefficient among all of the world’s people as if they exist in a single country ( Hickel, 2017).While their convergence narrative tells a story of how the world as a whole is becoming more equal, in reality this is only true because of China and other key countries in Asia . Even if we remove only China from the data, the conclusion changes significantly. According to data used by Sudhir Anand and Paul Segal, global inequality (among individuals) changed very little between 1988 and 2005, moving from a Gini coefficient of 0.726 to one of 0.727 (Hickel, 2017). Without China, however, the pattern looks very different: the global Gini coefficient increased from 0.501 in 1988 to 0.578 in 2005 (Anand, Segal, 2015). This suggests that the rise of China has been essential to what appear to be ‘global’ shifts in income distribution, and obscures the fact that the rest of the world is actually becoming more unequal (Hickel, 2017). Hickel argues that the Milanovic and World Bank data look at inequality among all of the world’s people as if they exist in a single country, and between countries as anonymous individual units. However, this methodology and the presumed uniformity of all countries overlooks the geopolitical and class relationships that are central to structuring patterns of distribution in the global economy.

Understanding the patterns of unequal distribution goes hand in hand with comprehending the complexities of globalization. Divergence theory is a relevant conceptual framework to delve deeper into the mechanisms in place preventing South countries from attaining economic prosperity and flourishment. However, what is most important to understand is that the claim that globalization hinders economic growth is rooted in a political reading of the power play internationally. The development theory presented in this essay is reliant on a specific configuration of the world system implying a duality between a core and a periphery.