Records from the refugee crisis: the inconvenient reality

Records from the refugee crisis: the inconvenient reality 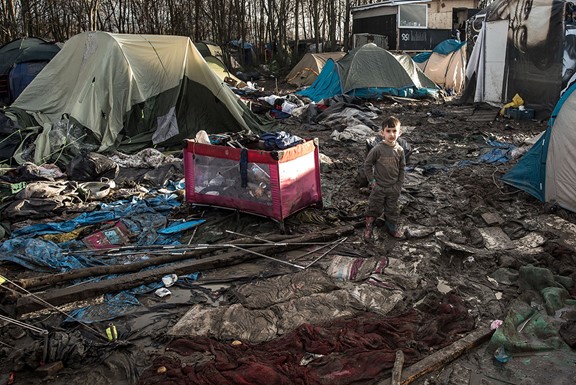 A Review on ‘Lights In The Distance’ by Daniel Trilling

‘Lights In The Distance’ is a compelling critique of the EU border system. Yet it comes in a sober shape: as an account of the experiences of Daniel Trilling, a British journalist specialised in migration, human rights, and nationalism. His work from 2018 entwines nine of the stories he witnessed during five years of research. It takes a rather unconventional lens: of asylum seekers themselves.

Trilling’s subjects are usually individuals, sometimes families or small groups. All of them travelled to the EU to seek asylum. One follows from Calais to Sicily, from a small German town to Ukraine’s far west. What he describes varies from serious to mundane to outright shocking. But these seemingly most different places and stories are everything but random, do they all illustrate “the fault line in Europe’s asylum system” (p. 265).

Where the system fails

‘Lights In The Distance’ powerfully visualises how the EU’s borders become increasingly fortified. On a superficial level, this shows where crossing points are guarded more intensively, or where border control is outsourced to Libya or Turkey. What catches one’s attention, however, is the subtle ways in which conditions for immigrants are toughened inside of Europe: for example by isolating them in ‘holding pens’ such as in Greece and Italy (p.253) or by hampering sea rescue organisations in the Mediterranean. This strategy aims to deter more potential immigrants from travelling towards the EU.

Simultaneously, Trilling demonstrates how ineffective these measures are. If they aim to decrease the challenges that arise with immigration, they do not do so. Conversely, it emerges how they catalyse more problems, for individuals and society as a whole. This ineffectiveness shows where people’s last option is to engage in illegal means of travelling, dependent on smugglers’ mercy. It shows in prison-like detention centers and camps in the outskirts. There is ineffectiveness where people are stuck in asylum centers for years and where children suffocate in lorries.

Trilling’s detailed descriptions make the reader acquainted with his subjects and their differences in-depth. Take Jamal, who is just 18 when he leaves his home Sudan. Years later, and still on his journey, he remains a highly resourceful optimist. There is Fatima from Nigeria, who wants to fight against sex trafficking and constantly reinvents herself; or Zainab, who only cares about bringing her children to Great Britain safely. Some stories are dominated by hope, others by despair. People get frustrated, they lie, and they help others. What they all have in common is that their lives are complex, and so are the decisions they constantly have to make.

This complexity increasingly makes one question the accuracy with which an immigrant is categorised and treated, based on whether it is as ‘refugee’ or ‘economic migrant’. It emerges that these classifications and associated mechanisms have their limits. Most stories take place in the grey zones and are not untouched by racism. Especially the last chapter adds a new perspective on this aspect by describing a very common, yet not contemporary kind of asylum seeker: the Second World War refugee Teresa. As it reads strikingly similar to the previous stories, one wonders how this connects to the way immigration is thematised today.

Indeed, immersing oneself in the stories’ disturbing passages is not only intriguing in a positive sense. One cannot help but feel disconnected when, for example, reading about how men deliberately burn their fingertips. Yet, Trilling’s meticulous descriptions emerge to be far from fictional, manifesting right in the core of our legal structures. It becomes clear that the system does not only keep people out of our borders but also makes them suffer within. Maybe we need to know all these details and maybe we do not. But it certainly brings us a bit closer to reality.

Which kind of crisis are we in?

Trilling makes the reader empathise by giving stories of immigration a human face. While this surely is not unimportant, his biggest contribution lies elsewhere: by describing what he sees, the good and the bad. He does not try to idealise his subjects or merely narrate their traumatic past but shows how they are like most other people, “neither innocents nor villains” (p.262). Disproving simplified narratives, he illustrates that there are more dimensions to people than just their identities as asylum seekers.

Unlike other work, ‘Lights in the Distance’ does not aim to convince the reader to choose a side. It shows that the better we understand the EU border debate, the more difficult it becomes to stick with a fixed opinion. This perspective opens the door to an alternative discourse than it is often held in public; apart from categories such as left or right, or in favor or against immigration.

Trilling urges us to shift our gaze towards the inside of our borders, suggesting that the real crisis is more about the EU itself than about immigration. He sharply brings his critique on point: “Border defense, not the protection of life, remains Europe’s priority” (p.255). This analysis is certainly well-founded. However, whether one agrees with that viewpoint or not is up to everyone’s appraisal.

Either way, Trilling delivers a starting point for constructive discussion, also because he places more question- than exclamation marks. He might not have the right solutions to all the raised questions, but he most likely raises the right questions to find solutions.

‘Lights in the Distance’ is not just a reportage, it is an appeal. It is as compelling as informative and equally fascinating and inconvenient. It is the book that every European should read.

Trilling, D. (2018). Lights in the distance: Exile and refuge at the borders of Europe. London, GB: Picador.