Is Mill’s principle of Liberty compatible with his Utilitarianism?

Is Mill’s principle of Liberty compatible with his Utilitarianism? 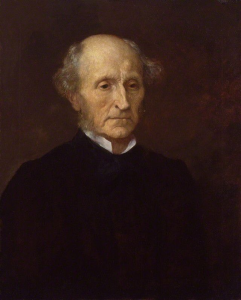 Mill’s highly influential texts have established him as a figure of liberal utilitarianism. He argues for the establishment of individual liberty while promoting the principle of utility as the ‘ultimate appeal on all ethical questions’ (Mill 1993: 79). Scholarly debate has provided a multiplicity of views on whether the principles of liberty and utility are compatible with each other, rendering Mill a consistent philosophy. In this essay, I aim to show that Mill’s liberty principle is necessary for his utilitarianism to function and promote the good life. After presenting the liberty principle and utilitarianism, and explaining the two tensions I examine between them, I will show the necessity of the liberty principle based on Mill’s distinction of higher and lower pleasures. This view is best justified through a reconciliationist approach, put forward by Berger (1984), as it allows for both direct and indirect utilitarian calculations, but also leaves space for objections.

Mill’s (1993: 7) utilitarianism is a system of ethics according to which ‘actions are right in proportion as they tend to produce happiness, wrong as they tend to produce the reverse of happiness’. Mill believes that the pursuit of pleasure and avoidance of pain are the only motives in human behavior. Accordingly, all desirable objects or concepts are desirable based on the intrinsic pleasure they provide, or because they promote overall pleasure and reduce overall pain. Utilitarianism therefore creates a case-by-case approach to utility calculations, commonly known as act-utilitarianism. Mill’s (1993: 78) liberty principle states that ‘the only purpose for which power can be rightfully exercised over any member of a civilized community against his will, is to prevent harm to others’. His notion of freedom is one of self-regard for our mental and physical autonomy; the individual is as liberty so long as he does not deprive that same liberty from others. This principle promotes individuality of life, taste, and pursuits. Each person should not blindly follow custom but actively deliberate and choose their own path, this is the only way to make use of human faculties such as perception and judgement (Mill 1993: 126). However, in that same text Mill (1993: 79) advocates for utilitarianism as the supreme standard by which ethical matters should be judged. Tension arises when a case-by-case ethical approach is employed alongside absolute principles (Turner 2013). There are two possible incompatibilities that arise which I aim to respond to:

I believe we can establish principles like liberty with utilitarian reasoning through the distinction of higher and lower pleasures. When describing the meaning of utilitarianism, Mill (1993: 8) states that some pleasures are ‘more desirable and more valuable than others’. Desires are distinguished as higher or lower based on the majority’s experience; between two pleasures, the one which is preferred by the majority is the higher pleasure. Higher pleasures are those that make use of a human’s higher faculties and will always be chosen as preferable, unless the individual falls into temptation and indulges in a lower pleasure. This is a utilitarian calculation. Individuals try a variety of pleasures and, on the basis of what feels more desirable and therefore promotes the most happiness, they decide on the kind of pleasure. Mill introduces such a distinction to save utility from accusations of hedonism, of being the base for a life of degradation (Clor 1985). While Gray (1983) argues that such distinctions are made by people on the basis of individuality, I believe that it is a dual-way relationship. A free individual is more likely to equip his human faculties, as he employs judgement and deliberation in his free decisions. We can consider liberty as a pleasure since it is desirable and valuable. People that experience both being free and being unfree find liberty of mind and body a higher pleasure, they understand its desirability and value. So, the establishment of liberty arises from a utilitarian calculation; liberty promotes more happiness for society than its absence and a free individual is the one that will contribute the most in society and promote overall utility. Liberty therefore becomes a fundamental right that gives rise to other higher and lower pleasures. It is necessary to rescue utilitarianism from being the basis for a degrading life. When humans put their higher faculties into practice, because they are free to do so, they actively decide between pleasures, the higher of which enables them to flourish as progressive beings. When Mill (1993: 79) states that utility is the ultimate standard for ethical deliberation, he explains that ‘it must be utility in the largest sense, grounded on the permanent interests of man as a progressive being’. The liberty to engage in debate, evaluate opinions, and choose your own path are vital for utilitarian calculations to function, while such liberties arise from utilitarian calculations themselves. Liberty enables people to flourish introspectively as progressive beings. Based on the distinction of higher and lower pleasures, liberty is a higher pleasure in itself as it allows for the experience of other higher pleasures at the same time, all of which are aligned with individuals’ interests as progressive beings. Therefore, I’m proposing the existence of both direct and indirect utilitarian calculations, grounded in the direct ones, that allows for the creation of principles on utilitarian grounds.

By arguing for the coexistence of direct and indirect utilitarianism, I am adopting a reconciliationist approach following Berger (1984), which allows for the subordination of rights to utility. The reconciliationist argues that there can exist direct and indirect forms of utilitarian calculations; the principles can be indirectly grounded on utility, allowing for actions to be justified on accounts of direct utility as well. Such an account accepts act-utilitarianism in moral deliberation rather than pure indirect rule-utilitarianism. Moral judgement occurs through utility calculations and consultancy of secondary principles like liberty. Berger (1984) commits to both the ‘punishability’ criterion, that obligation relates to the possibility of being sanctioned, and the ‘proportionality’ criterion, that obligation arises from the action that creates the most happiness. The approach’s commitment to both criteria is specifically what makes it comparatively the most grounded view, since indirect utilitarianism views focus mostly on ‘punishability’ and a sanction theory of rights. Adopting such an account is therefore preferred because it seems to be the most grounded throughout Mill’s body of work and not one based on selective reading (Kelly 2017: 418). The reconciliationist approach avoids criticisms of the purely direct or indirect utilitarian views, but it subordinates rights. I believe my reasoning of a dual relationship that grounds rights on utilitarianism also shows how rights create effective utilitarianism that reduces that subordination, making both rights, such as liberty and utility, equal in moral judgements. However, there still exists partial subordination. Rights might be undervalued in certain cases, while utility might be undervalued in others to facilitate the rights and, therefore, a better overall utility calculation. The case-by-case system of act-utilitarianism allows for the subordination of either rights or utility under the other. Even if the subordination is equal, its existence makes arguments about Mill not being a true utilitarian possible. I believe partial subordination is the best Mill’s philosophy can do when aiming to provide a coherent account of liberty and utilitarianism.

One might argue that the reconciliationist view is not enough for true liberty and true utilitarianism to exist in accordance with one another. The answer to this objection depends on what our accounts of true liberty and true utilitarianism are. True utilitarianism might be considered as purely act-utilitarianism, and true liberalism might be believed to be full liberty without restraints. Gray (1983: 119) believes that Mill’s philosophy is authentically liberal because it aims at reaching ‘a point of moral neutrality between rival conceptions of the good life’. However, all we can argue is what Mill’s account of a liberal utilitarian philosophy puts forward, which is very well described by Gray as a neutral point. We can’t know what an ‘authentic’ liberal philosophy is like. We can only know if we take authentic to mean the initial conception or the extreme version of a liberal philosophy, with the same being true for utilitarianism. Views on what a liberal philosophy should look like trespass interpretation of Mill’s ideas and place us into the critique and proposition of normative ideals.

Another objection might argue that the reconciliation view is too complicated and therefore shows us some sort of incoherence in Mill’s philosophy. I believe this objection is valid and concerning to defenders of Mill. I argued in a way which I believe joins Mill’s ideas in a consistent way which nevertheless remains complicated. It might be that Mill is a complex thinker or that indirect utilitarian interpretations are wrong, making Mill an inconsistent thinker on their account. Both possibilities could hold true and be argued for, which is why the incompatibility problem of liberty and utilitarianism has remained subject to scholarly debate.

In conclusion, after explaining the two concepts of liberty and utilitarianism, I presented the possible tensions arising that I aim to resolve and comment on. Through reasoning based on the distinction between higher and lower pleasures, I proposed that we can view rights, such as liberty, as pleasures which are desirable and valuable but at the same time necessary to ensure that utilitarianism doesn’t promote a standard for a degrading life. My view takes on a reconciliationist perspective, which allows for partial subordination of rights with respect to utility and vice versa. The existence of such subordination raises objections on the reconciliation view, but it still remains comparatively the most textually supported and inclusive interpretation for a coherent philosophy by Mill.

The author, Dimitra Prekka, is a second year BSc Politics and Philosophy student at the London School of Economics Department of Government.