You would expect a debate about journalism to feature some pretty creative use of metaphor, but this is getting confusing. Given a ‘blank sheet of paper’ to create ‘a press regulator with teeth’, PCC Chairman Lord Hunt has actually used the back of an envelope to sketch out a regulator with arms.

But the proposal is already floundering. At the Westminster Media Forum earlier this week, the proposal was sent back to the drawing board by the Guardian.  According to Guardian Lawyer Gill Phillips, the proposals do not go far enough. She picked out the following for criticism:

Adjudication               The PCC needs to be a real alternative dispute resolution venue.

So even as the PCC is being closed down, there is no end in sight to discussions of what should succeed it. The decision to wind up the old PCC seems to be cosmetic: an attempt to make the reform process appear more urgent, and to ensure that the legacy body can be involved in designing its successor. But neither the Guardian nor Leveson are likely to be hurried into hasty decisions: all involved are aware that it is more important to get this right than to reform quickly, and in the meantime the interim PCC will continue to operate.

The Guardian’s shopping list is one of many current attempts to convince Leveson of the merits of a particular model of self-regulation, and we can expect the newspaper and other groups to set out some more conditions for reform in coming weeks. But how important is the PCC’s rearguard action? Should pure self regulation be defended?

The ‘Threat’ of Statute

The role of government and parliament in UK press regulation up to now  (if we leave aside application of the general law that applies to everyone) has consisted in a great deal of foot stamping and arm waving. Because of the doctrine of press freedom, the State has  refrained from involvement in anything that would put politicians or officials in the position of deciding what a newspaper or a journalist is. But politicians had to threaten to intervene: historically, self-regulation has been a calculated response by newspapers fearful of something they viewed as much worse: statutory regulation.

This makes it significant that the other crucial aspect of the debate Tuesday was that ‘statutory regulation’ – the key bogeyman in the debate up to now, is being rehabilitated. No longer does the term stand for ‘all that we don’t want.’ Commentators from all sides of the debate are beginning to realise that there may be an enabling – rather than censorious – role for the law in future press regulation. Steve Barnett saw a role for a body that audits the PCC and ensures that the code is enforced, and several others agreed that some kind of legal compulsion may be required to get recalcitrant editors on board. Even those that argue for a voluntary system based on tax incentives acknowledge that this would involve some kind of a legal mechanism for deciding what is a newspaper that deserves tax breaks.

What is clear, to revive yet another metaphor, is that UK Newspapers are back in the last chance saloon. In its original nineteenth century meaning, this referred to – literally – the last place to get a drink. Usually situated on the edge of deserts or docks, they could be isolated and threatening, places for unsettled sailors and fretting frontiersmen.

So when David Mellor first put the papers in the Last Chance Saloon in 1989 it was supposed to be a threat. Life would become a thirsty desert of state mandated abstinence if they continue to test ethical boundaries. But if they clean up their act they might just avoid this. The way press regulation works in the UK is that the press self-regulate because they fear what is worse: regulation by the state. But that was before Richard Desmond called the state’s bluff and upped the stakes.

By exiting the PCC, Express journalists enjoy all of the privileges of a free press, whilst not observing the responsibilities that this entails. As Alice Enders pointed out Tuesday, this would not be possible in other European countries with a written constitution – her examples were France and Germany – where the press clearly understand that their privileges come with responsibilities attached, and are less worried about statutory regulation per se.

On this evidence, the UK press – or at least the PCC – have a long way to go before they come up with something credible. Perhaps they are too complacent: the saloon in which the British press once again finds itself is not nearly as threatening as the original. It consists in the pleasant tutorial atmosphere of the Leveson Inquiry, and a constant round of seminars, conferences and discussions among earnest usual suspects – (the LSE Media Policy Project will play its part this friday at the Polis International Journalism Conference at LSE). The merry-go-round of coffee, curly sandwiches and warm white wine shows no sign of stopping any time soon: Leveson part 1 will peak over the summer and report after that. And then there is part 2.

In such an atmosphere it is easy to forget quite how high the stakes are. There can after all, only really be one last chance. Where, if anywhere, is a credible threat of statutory regulation going to come from, and, in the age of open and free access to publication via the internet, is it really such a threat? 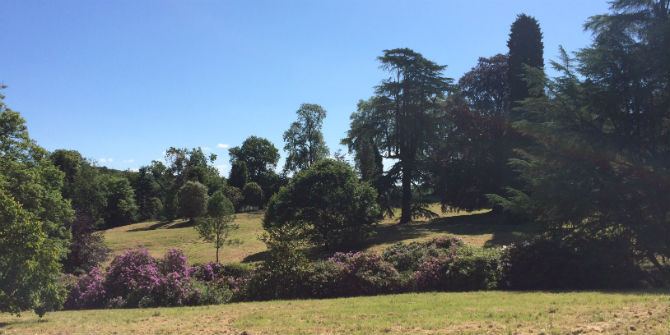 The Press Royal Charter and the Concession that Never Was

MEPs Take a Strong Stance on Media Freedom and Pluralism