As the Privy Council considers the application from PressBoF for a Royal Charter, Inforrm Editor and Hacked Off Chair Hugh Tomlinson QC, offers his clarification of issues raised by local and regonal publishers.

Representatives of the local and regional press continue to express concern about the key Leveson recommendation that a self-regulator must offer an “arbitration service”.  The purpose of this recommendation is to provide “access to justice” for complainants whilst reducing the burden of legal costs for publishers.

This proposal has proved attractive to national newspaper publishers but not to their regional and local counterparts.  As I have pointed out before on Inforrm, the concerns which have been expressed are based on a number of misunderstandings and misconceptions.  But, as the evidence given to the House of Commons Culture, Media and Sport Select Committee last week by David Newell and Adrian Jeakings (of the Newspaper Society),David Montgomery (Local World), Ashley Highfield (Johnston Press) and Christopher Thomson (DC Thomson) (see Parliament TV) illustrates, they are proving remarkably persistent.

In this post I want to deal with three issues which were raised in evidence before the Committee and which were subsequently uncritically repeated in the press on the basis that they gave rise to serious issues about the viability of the Leveson recommendations.  This is, as I will try to show, not correct.

The first is the suggestion – made in the course of evidence to the Committee – is that under this system editors would face greater pressure from lobby groups to publish their press releases under the threat of expensive arbitration claims.  For example, Ashley Highfield said that small local papers could be forced out of business if the new system resulted in vexatious complaints:

“Or that paper would decide not to go anywhere near certain stories that have lobbying bodies that would jump on them with no fear of having to pay for any arbitration.”

This is a misunderstanding based on a failure to distinguish between the complaints and the arbitration processes.  The proposed arbitration service only covers civil claims for example relating to libel or invasion of privacy.  Such claims cannot be made by lobby groups on behalf of anyone or on behalf of any cause.  If this was tried then it would be a vexatious claim and the lobby group could be the subject of an adverse costs order by the arbitrator.  The Leveson Report is explicit about this (see Recommendation 22).

A “Flood of Claims”

A persistent concern expressed by representatives of the local and regional press is the fear that the arbitration system would result in a “flood of claims”, fuelled by “claims farmers” or “ambulance chasing lawyers”.  For example, David Newell, director of the Newspaper Society, said the possibility of winning compensation through an arbitration service would result in many complaints which would otherwise be dealt with swiftly and fairly through the complaints service being “dressed up as legal claims”.   He said that:

“Because the arbitration service will be free at the point of entry, it is almost inevitable that people will tick the box and say they want a case dealt with by way of arbitration. There will be heavy cost burden not only to administer the arbitration scheme but to handle each individual case.”

This argument has never been backed by evidence. It is partly based on a failure to make a clear distinction between complaints (of Standards Code breaches) and arbitration claims (which require a cause of action recognised by law).  Many “code complaints” (for example, non-defamatory accuracy complaints) do not give rise to legal claims. More generally, there are at least three other points which can be made in response:

In short, the arbitration system is likely to provide more protection to the press (national, local and regional) than the present court-based system of civil litigation and is not going to generate huge numbers of claims where none exist at present.

Article 6 and the “sifting of claims”

A persistent criticism of the Leveson arbitration scheme is that it would make it expensive to deal with frivolous and vexatious cases because these would have to be dealt with by an arbitrator (paid for by the respondent publisher).  Thus, Mr Newell told the Committee that a provision in the Leveson Royal Charter allowing frivolous or vexatious cases to be struck out would not protect the industry because there would still have to be a hearing or process to comply with a complainant’s right to a fair trial under Article 6 of the European Convention on Human Rights. It would cost a newspaper up to £1,000 simply to establish that a complaint was frivolous.

I have already dealt with this point in a March 2013 Inforrm post.  In that post I set out the stages envisaged  in the “self-regulator’s arbitration” system.  It is, perhaps, worth repeating them here:

The issue raised by Mr Newell concerns “Stage 2″ – the “first sift”.  The press have received legal advice that an initial sift is not compliant with Article 6 and is, therefore, unacceptable as a means of satisfactorily disposing of manifestly unfounded claims.  The first point is correct.  The second is not.

But none of this would matter in practice.  The purpose of the “first sift” would be to get rid of the obviously misconceived claims at the outset.  If, to take an example, from a recent PCC Adjudication, a person sought to bring a claim in the arbitration system based on a payment by a newspaper to a relative of a convicted criminal, this could be dismissed on the “first sift” as giving rise to no cause of action known to the law.  Although it would not be a binding determination it would send a clear message to the claimant.  If he or she nevertheless sought to bring a claim in the courts it would be struck out (with costs) as disclosing no reasonable grounds for bringing the claim.

The purpose of the “first sift” would be to ensure that obviously misconceived claims were not accepted into the system.  If a strict standard is applied then it is highly unlikely that a claimant would be able to bring a successful court claim after a “first sift refusal”.

If a borderline claim passed the “first sift” then it would, indeed, have to be dealt with by an independent arbitrator in accordance with Article 6.  If, however, the claim was, on analysis “frivolous and vexatious” the arbitrator would have the power to make an award of costs against the claimant.  This could include the costs of paying the arbitrator.   It might well cost the newspaper £1,000 to have a frivolous claim dismissed but this is a sum which it could recover from the claimant.  It would be in no worse position than a newspaper which is faced with a frivolous and vexatious claim in the courts.

The Design of the Arbitration System

A final point which the local and regional press should bear in mind is that the design of the arbitral system is a matter for those who set up the self-regulator.  The Royal Charter [pdf] only sets out a set of very general requirements for an arbitration system.  The self-regulator must provide an arbitral process which

b) provides suitable powers for the arbitrator to ensure the process operates fairlyand quickly, and on an inquisitorial basis (so far as possible);

c)  contains transparent arrangements for claims to be struck out, for legitimate reasons (including on frivolous or vexatious grounds);

e) operates under the principle that arbitration should be free for complainants to use;

f)  ensures that the parties should each bear their own costs, subject to a successful complainant’s costs being recoverable (having regard to section 60 of the Act and any applicable caps on recoverable costs); and

g)  overall, is inexpensive for all parties”

Apart from these very general points, the self-regulator can deal with the practical details of the arbitration system.  Subject to these requirements – and the overall judgment of the Recognition Panel as to “the effectiveness, fairness and objectivity of standards, independence and transparency of enforcement and compliance, credible powers and remedies, reliable funding and effective accountability” (Charter, Schedule 2, para 1), – the self-regulator sets the arbitration rules.   These can include, for example, provisions as to time limits, when strike out should be considered and the costs payable when claims are struck out.  The concerns of the local and regional press can be taken into account when these rules are drawn up.

In short, although the representatives of the local and regional press have concerns about the “Leveson arbitration system” these are not ones which, on analysis, are soundly based.  The press is not going to be flooded with unmeritorious arbitration claims by lobby groups, or anyone else.  The arbitration service can refuse to accept obviously bad claim and ones which are, on analysis, frivolous and vexatious can be dismissed with costs.

The proposed arbitration system is a workable and practical solution to the problem of access to justice.  If it is properly administered such a scheme will save costs for newspapers and would provide quicker and more effective remedies for claimants.  It is an essential element of a new self-regulatory regime.

This post originally appeared on Inforrm’s blog on 27 May, 2013 and is re-posted with permission and thanks. 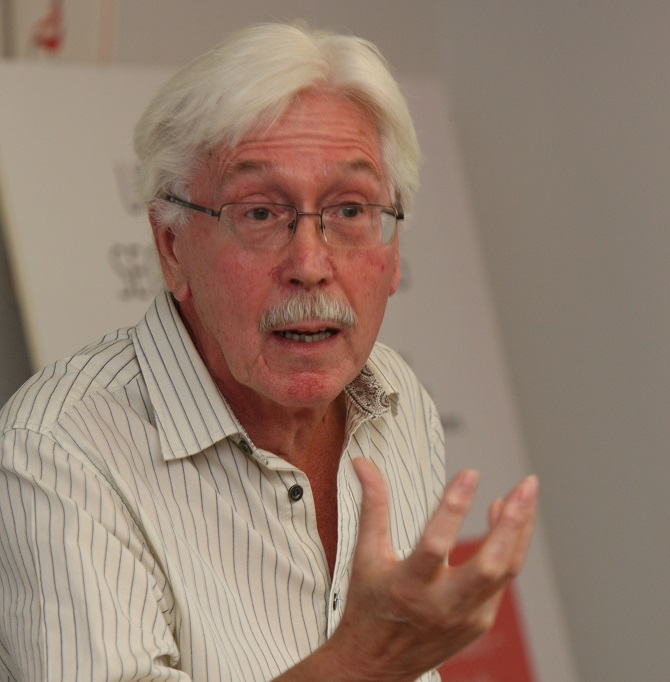 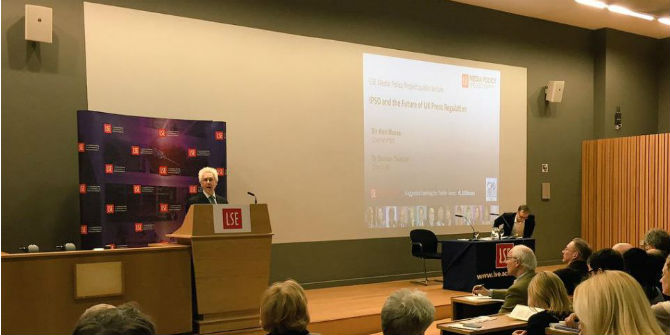