Drawing on findings presented at a recent conference on cyberspace and children, LSE’s Benjamin De La Pava responds to the UK Parliament’s Online Safety Report, arguing it should encourage more critical thinking about the actual risks, and benefits, for children online.

Today’s publication of the Culture, Media and Sport Committee’s Online Safety Report comes just days after the Association for Child and Adolescent Mental Health (ACAMH)’s conference on whether cyberspace is a place of harm or benefit for children. The committee’s Report shows welcome restraint in light of some of the evidence presented at the ACAMH conference and appropriately looks beyond the issue of pornographic content, but it should be the start of further discussion on both risks and opportunities for children online.

Speaking at the ACAMH event, Sue Berelowitz, the Deputy Children’s commissioner, argued that there is an undeniable correlation between watching sexual and violent imagery online at a young age and perpetration of crimes of a sexual nature. Her arguments were based on a rapid evidence assessment of the literature on the effects of exposure to pornography on young children.

The Online Safety Report takes a more restrained view on this. It does report on eight young people, some of whom experienced distortion of their views of romantic relationships and expectations of intimate behavior from exposure to adult pornography and found it affected their relationships with their parents. But, instead of assuming criminal acts will come out of this, the Report calls for a measured mixture of prevention and enforcement of several tools, like filters and age verification, some of which are already available for parents to use.

The Report cites an independent parliamentary inquiry, and claims that parents are not looking after children’s online safety. However, as Leslie Haddon recently argued the picture is slightly more complicated. Evidence shows two thirds of parents are communicating with children about online risks. So while filters are a welcome addition and all parties recognize they are not without flaws, perhaps their necessity ought not to be framed as a result of parents’ incompetence.

Another element of the Online Safety Report relates to Social Media and cyber-bullying. Citing NSPCC’s recent report, it shows that 28% of young people have suffered abuse online or on their mobile phones, the majority of which had been ‘trolled’ (37%).  The Reports then makes recommendations to improve and control this, based around advising the most popular social media platforms to provide clearer and more concise terms and conditions of use, and to implement them far more strictly.

The attention the report gives to these kinds of online risks is laudable given the recent findings Sonia Livingstone presented during ACAMH, from EU Kids Online and Net Children Go Mobile projects. She reported that the number of children seeing hateful and/or upsetting messages online has increased from 13% to 23% in the last three years (2010-2013). Reports of cyber-bullying and of seeing pro-anorexic sites have gone up as well, from 8% to 12% and 14% respectively. At the same time, there has been a decline from 12% to 5% in sexual messages received. Livingstone also highlighted that the internet is now a part of family dynamics in many households.  While the dangers are part of the online world, it is necessary to go beyond fear and understand that it also provides the opportunity for children and young people to build resilience, and that families can work to foster  the opportunities and benefits for children online.

The black box of online

Finally, while many of the recommendations of the Report are well grounded in evidence and an understanding of the field of play, overall the ‘online’ is still packaged as a black box. Opportunities and risks are mixed and the extreme cases can be easily identified, such as child abuse images. However, there is still a middle-ground of risks and opportunities online over which consensus has not been reached. Recently, Anne Collier wrote a thought-provoking blog on this distinction and its importance for practical implementations of any policy looking to keep children safe.  The Online Safety Report should not be considered an end to discussion, but instead encourage further debate on what constitutes actual risks for children, rather than hypothesized risks and actual harm should also be part of the agenda going forward. 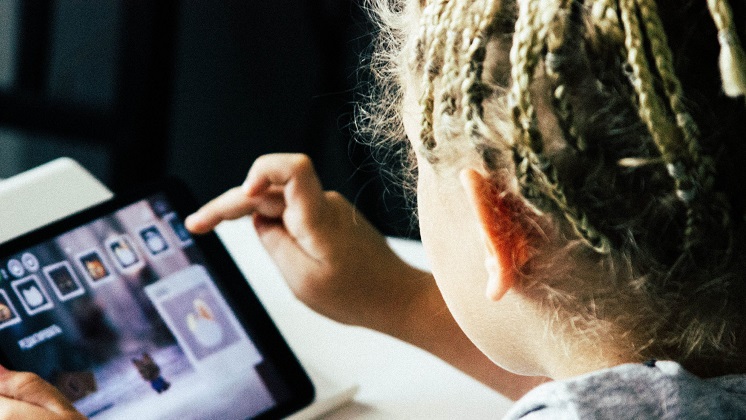 Updating the UNCRC for the digital age