Chris Dawes, an industry veteran and Senior Visiting Fellow at the LSE,  analyses the Government’s recent response to the report into media plurality by noting the challenges of measuring plurality, examining possible next steps for Ofcom, and arguing that competition law and public interest assessments may prove to be the key tools in regulating media influence.  The Government published on 6 August its response to the House of Lords’ Select Committee on Communications Report into Media Plurality, which was published on 4 February.

The main conclusion of the response is to proceed as proposed in July 2013, i.e. to “commission the development of a clear measurement framework, to be worked up in partnership with industry”. Or perhaps that’s one step back. A long and detailed analysis and consultation and further analysis seem likely, in order subsequently to “allow for the first ever baseline market assessment of media plurality in the UK to be conducted”. I have some sympathy. This is a tricky area, as we have very little idea what actually influences people and in what way. Eventually, someone will have to decide what should happen in the real world, in terms of legally-watertight rules on media or cross-media ownership and possibly on obligations for reductions in or caps on media ownership levels by particular media organisations within UK jurisdiction. In a world swirling with change and globalisation, is this exercise likely to lead to a new media ownership and cross-media ownership regime?

The challenging task at hand

I am reminded of the position in 1995. Following extensive consultation, the Government ruled that there were too many difficulties with the proposed model for it to be introduced at that time, not least the problem of measuring shares in individual media and how those shares would be aggregated across different media markets. Too difficult – even in those simpler times! The current constraints on media ownership depend largely on surrogate measures, specifically those relating to competition law. To seek to address the many – not tests, but merely indicators of media plurality risks madness. A report for the EU came up with 166 indicators. Lord Justice Leveson also seems to have concluded that, having addressed the issue of Press standards and regulation, media plurality had simply to be put in the “too difficult” box, though he did put a “competition” label on that box, rather than one suggesting complex metrics of media influence.

The hard questions are left to Ofcom, such as how you weigh the potential influence of a rapacious capitalist owner of partial news organisations who seeks to skew the political process to advance his global business ambitions against a publicly-funded public service organisation which is obliged to maintain impartiality and is open to political bullying (I name no names!). Now Ofcom has to come up with a measurement framework and baseline assessment and only then will the Government consider changes to the existing framework.

What could a new media plurality regime look like?

As well as UK-based media companies, in theory any new media plurality regime could affect the BBC if they were found to be dominant in a relevant area, presumably through requiring some re-balancing rather than “divestment” (which makes no sense for the BBC). It could affect other actual or potential news providers, for example if it was considered that sufficient plurality could be achieved only through public subsidy. The limitation of the assessment to news and current affairs is practical and reasonable, in my view, but some argue that you need plurality in other genres (and some countries apply that wider definition). However, beyond news, you do need diversity.  In the UK, I’m not aware that anyone has identified a current problem with non-news/current affairs plurality. The Government’s proposal (as recommended by Ofcom and endorsed by the Lords Committee) to include all parts of the news value chain is interesting, as it’s possible that one might conclude that there was too narrow a range of news sources: the small number of agencies and those media organisations which still do (especially international) news-gathering and investigative reporting is one area of concern to media pluralists. Including digital intermediaries in the assessment recognises their role as “gate-keepers”, but no one seems to have suggested that their power is currently abused or what one might do about it if it were (try to intervene in editorial systems or check the neutrality of algorithms? I don’t think so). There’s to be “some consideration” of local and regional markets. This may look like a sop, but at least the door is left open if anyone can come up with an economically viable way of intervening to extend plurality in most of those markets.

What happens after the Ofcom analysis?

Probably a lot of occasionally interesting discussion; just possibly a new media plurality regime; most likely, nothing. The key questions, whatever your analysis, are what you then do and who makes the decisions. To take the easier question of who decides, the Government predictably gives a firm “non” to the suggestion that European Union tanks might be parked on our media lawn.  This is understandable, given Government’s natural desire to be able to wield influence over the media, but may be short-sighted if media markets continue to become more multi-national. It is also rather uncollegiate in limiting EU interventions in other Member States where media owners’ behaviour might be more detrimental to democracy and governments less effective at maintaining the media freedoms they were required to demonstrate at accession to the EU. The Government response seems to side-step the question of whether the final arbiter should be the independent regulator or a Government Minister. The Lords Committee seeks rather complexly to balance the desirability of independent arbitration with an element of democratic accountability. However, ultimately, it seems to me that politicians are elected to take such decisions and the objective should be that we have open and independent advice from a body such as Ofcom and a transparent, reasoned decision from Government. On the substance, the key issues are:

None of these things are addressed in the Government response, because they would all need to follow from the metrics adopted following the Ofcom analysis and what decisions are taken about them. This may not be bad, though, because one eventual conclusion could be that our best realistic constraint and protection for the citizen interest may still be the surrogate of competition law allied with some assessment of public interest. This article gives the views of the author and does not represent the position of the LSE Media Policy Project blog, nor of the London School of Economics. 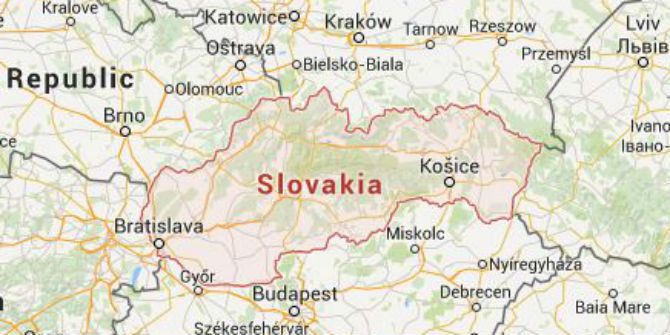