Judith Townend, director of the Centre for Law and Information Policy at the School of Advanced Study, discusses policy approaches to supporting local journalism in the UK.

There is a cloud of anxiety hanging over local journalism in the UK. There is strong evidence that recent cuts, together with the centralisation of smaller news operations, have affected the flow of information to local communities. Local newspaper employees complain about being under-resourced and understaffed, coming under relentless pressure from management and having to rely on news agency material.

Just this month, journalists in south London began a 12-day strike, in protest over pay conditions and proposed job cuts at the regional news publisher Newsquest. The National Union of Journalists believes that the company’s policies are damaging to the communities which its newspapers serve. “If local newspapers are not properly staffed, important stories will be go unreported and residents will be left in the dark”, argues the South London Guardian chapel – and this is just one example.

Industry and academic experts have raised concerns about lack of movement on initiatives to encourage greater diversity in the media. Journalism academics Deirdre O’Neill of the University of Huddersfield and Catherine O’Connor of Leeds Trinity University observed that the major newspaper groups are “highly responsive to the requirements of shareholders but essentially removed from the local communities of readers”. There are also worries about the threats to BBC funding, as the corporation enters charter renewal negotiations.

But amid this collective anxiety about media policy comes a small but positive development: evidence that the BBC has strengthened its links with local publishers. This extends to the group of small-scale publishers known as “hyperlocals”. These outlets generally cover small geographical areas (a village, a town or a postcode, for example) often on a not-for-profit basis.

Innovation charity Nesta reports that a local journalism working group – established after the BBC and Society of Editors’ Revival of Local Journalism conference in June 2014 – has led to a number of initiatives. These include the extension of the BBC’s Local Live project to hyperlocal sites; a hashtag-linking project; a formal commitment from the BBC to hyperlocal publishers; a pilot scheme for sharing BBC Local video content; and free training days for local editors and publishers.

This is welcome news. Policy discussions on media plurality and diversity have tended to focus on restrictive – rather than enabling – measures. Newspaper publishers have regarded the BBC’s online development as a threat to their own commercial activity. See, for example, the fierce opposition by local newspaper groups to the expansion of BBC local websites in 2008 – a scheme eventually rejected by the BBC Trust.

But a policy approach directed towards the commercial market and focused on inhibiting – rather than enabling – activity, may not be appropriate. This is particularly true at the regional level, where cuts to journalism have left local authorities unchecked and citizens deprived of important information. There is a clear need for positive measures to enhance the diversity of local media and to ensure that media users can access accurate civic information and are exposed to a range of outlooks and opinions.

The BBC’s decision to promote external content fairly is one way of doing this. Another could be to adjust the UK’s inflexible charitable law regime. Charitable status brings with it obligations and restrictions that are not suitable for every type of media organisation. But such changes would have significant benefits for outlets that are geared towards producing content in the public interest, or tailored for local geographic or special interest communities.

Benefits would include tax relief (such as gift aid) and eligibility for certain kinds of philanthropic funding. This would be especially helpful for producers of democratically important content (such as investigative journalism), which is not easy to sell to advertisers or consumers. It would also offer some protection against the pressures of commercial advertising on journalistic content.

While there are organisations that produce arguably high-quality, journalistic content using charitable funding (FullFact, openDemocracy and China Dialogue, for example), it is far from straightforward to make these arrangements, particularly for organisations engaged in investigative journalism. Our recent research project on media plurality identified a number of cumbersome obstacles for small organisations wishing to register as charities, not least of which was the rigidity of the current system.

Despite additional support for this call to action – for instance, from an ad hoc specialist group of lawyers and journalists that submitted written evidence to the Leveson Inquiry – there has been little progress made.

Adjustments to the framework need not be dramatic. Although the House of Lords committee also suggested reforms to charity law, it acknowledged that there is little appetite for legislative change. It may be that the necessary flexibility can be achieved within the existing regime.

If the current government wants to enhance freedom of expression by helping local and investigative journalism thrive, it would do well to look beyond the commercial marketplace. There’s a need to put in place legal and social policy measures that allow more creative and collaborative models for quality journalism in the public interest.

This post gives the views of the author, and does not represent the position of the LSE Media Policy Project blog, nor of the London School of Economics and Political Science. This article was originally published on The Conversation and is reproduced under a Creative Commons license, with permission from and thanks to the author. Read the original article here. 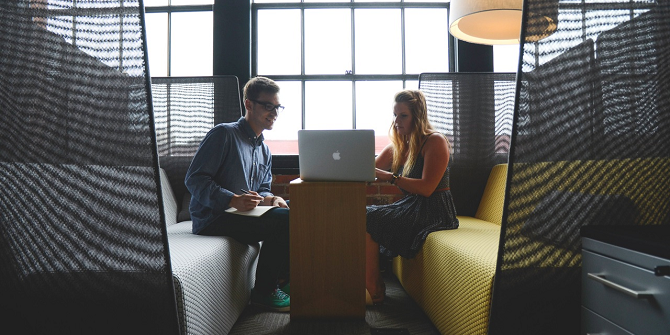