There’s no public benefit in BBC programmes being ‘distinctive’

There’s no public benefit in BBC programmes being ‘distinctive’

Question 9 in the UK Government’s recent Green Paper on the BBC Charter review asked, “Is the BBC’s content sufficiently high quality and distinctive from that of other broadcasters?”. Patrick Barwise, Visiting Senior Fellow in the Department for Media and Communications at the LSE, Emeritus Professor of Management and Marketing at London Business School, and former Chairman of Which?, provides his response.

The first part of the question asks if BBC content is of sufficiently high quality. The short answer is yes, at least according to the UK public, who choose it about 200 million times a day – far more than any other brand – in highly competitive markets, with well-informed consumers and zero switching costs. Over 97% of individuals consume BBC services each week (the figure for households is unknown, but thought to be even higher) for an average of 18 hours  – not bad for £2.80 per household.

If the content were not of high quality, why would the public consume it on this staggering scale, given the amount of choice now available? Of course the BBC makes and commissions some turkeys – that’s showbiz: you can’t have a creative organisation that never fails – and there will always be debates about whether some of its content is too elitist or too populist. But, taken as a whole, it is, by any measure, of high quality, especially given how much of it we get for our money.

In this blog, I therefore focus on the second part of the question, about ‘distinctiveness’. The Green Paper, like many others, assumes that it is somehow in the public’s interest for BBC programmes to be ‘distinctive’. I am seeking to challenge this assumption, which comes close to my professional interests as a marketing academic since 1976.

We can broadly distinguish between BBC content that (a) ‘might’ and (b) ‘might not’ have been profitably shown by other broadcasters. (This is a conceptual distinction, not – for a range of reasons – a black and white one in practice).

Clearly, if a programme falls into the (b) category, it is by definition distinctive. The BBC does make programmes that largely – although not absolutely – fall into this category. Examples include most of its children’s, religious and minority language output (BBC Alba and its support for S4C), R3, R4, R4 Extra and its ‘niche’ digital radio stations. The BBC also accounts for about three quarters of the investment in English language content for the nations and regions – and it is unclear how sustainable the other quarter, from ITV, STV and UTV, will be in the long term.

However, I assume that the Green Paper question about ‘distinctiveness’ mainly refers to the other end of the spectrum: BBC programmes clearly in the (a) category, that ‘might’ have been – but were not – shown by a commercial broadcaster. The general view, shared to varying degrees by the BBC Trust and Executive, DCMS, all the BBC’s enemies and many of its friends, is that the BBC should always aim to be ‘distinctive’ and should therefore show no content in this category.

I disagree. To me, the only thing that matters from a public interest perspective is the quality, range and value for money of programmes, not whether they are ‘distinctive’. I believe that the same is true for viewers and listeners, except in response to a leading question in a survey. My hunch is that if one asked ten one-hour focus groups, drawn randomly from the UK public, what they want from the BBC, few – if any – would, without prompting, end up with ‘distinctiveness’ as a significant issue.

I would urge the Government to ask Ofcom to conduct or commission independent research to test which view is correct – or, at least, to explore which interpretations of ‘distinctiveness’ (given its slipperiness) are, and are not, valid and useful.

‘Distinctiveness’ as a by-product of quality and popularity, not an end in itself

Given that mine is a minority view, let me explain it further. My argument is that there is no consumer benefit in distinctiveness per se – as opposed to a programme being so good that it becomes distinctive. This is a somewhat nuanced point but extremely important in the context of the Green Paper’s obsession with the BBC’s market impact and scope.

Current examples of how quality and popularity create perceived distinctiveness include The Great British Bake Off and Strictly Come Dancing. Both are extremely successful by any standard through great execution and by appealing to a large family audience. Each is now a well-known and distinctive brand in the public’s mind – but that comes from their success, and the factors that drove it, not the other way round.

At the time they were proposed, neither GBBO nor Strictly was seen as especially distinctive: it would have been easy to portray them both as rather derivative reality shows: a competitive cookery show (about baking??!) and a combination of ‘celebrities learning new skills’ and a traditional talent competition.

The rational policy question is not (as implied by the Green Paper) whether some of what the BBC does ‘might’ profitably have been done by a commercial player; nor even whether it crowds out some commercial provision. It is whether the public will be better served if the BBC provides these programmes or services – after allowing for both their cost and the indirect net effect on the public of its positive and negative market impacts.

Because the BBC is still a significant market player, its impacts on other players are certainly relevant, but only as part of this wider public value equation. The BBC’s most popular programmes, which a commercial broadcaster ‘might’ have shown (and may well wish it had done so before the BBC came up with the idea), are watched by millions of people, creating huge public value. The evidence is that they do not, on balance, measurably crowd out any commercial provision, partly because they force the commercial players to ‘compete on quality’. The idea that the BBC should focus on making its programmes ‘distinctive’ is, at best, a distraction from its mission to provide programmes that inform, educate and entertain. At worst, it could lead to significant consumer detriment. 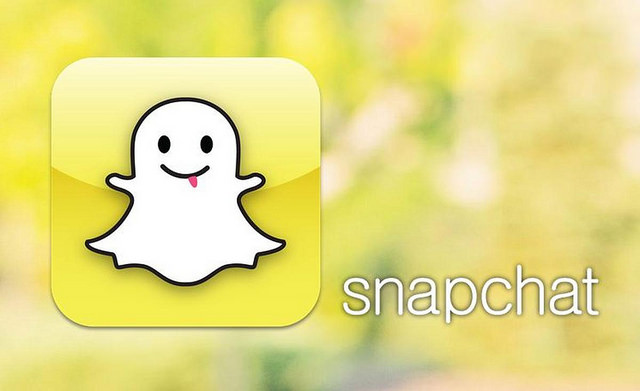 Why regulators like Ofcom are dropping the ball on ‘Fake News’, dark advertising and extremism