Rachael Craufurd Smith, Reader in Media Law at University of Edinburgh, assesses the proposal made by the European Commission and response from the CULT Committee regarding the liberalisation of advertising and product placement rules.

In May 2016 the European Commission put forward a legislative proposal that would significantly liberalise the advertising and product placement rules in the Audiovisual Media Services Directive (AVMSD)(Directive 2010/13/EU).  Although Member States would remain free to impose more exacting requirements on domestic operators in this field, the minimum standards in the revised directive could well become de facto standards thrughout much of Europe. In September 2016, a draft report by the European Parliament Committee on Culture and Education (CULT) proposed important modifications to these reforms (Draft Report, 5.9.2016, 2016/0151(COD)).  This note considers the two proposals and suggests that, even with the CULT revisions, the balance in the directive between consumer and commercial interests would tilt strongly in favour of industry.

Relaxation of the Broadcast Advertising Rules

The Commission proposal (‘CP’) replaces the existing broadcast advertising limit of 20% per clock hour (art.23.1 AVMSD) with a daily limit of 20% (art.1(17)CP).  In addition, the proposal would enable the interruption of films and news programmes every 20, rather than as now 30, minutes; though 30 minutes is retained for children’s programmes (art.1(16)CP). It appears that the Commission wished to remove the prohibition on isolated spot advertising in article 19(2) AVMSD (CP explanatory memorandum), though this is not taken forward in the text.

These changes would enable broadcasters to cluster advertising in extended breaks within and around particularly popular programmes, notably during prime-time, and introduce additional breaks in films and news programmes.  Although article 20.1 AVMSD requires that ‘the integrity of the programmes, taking into account natural breaks in and the duration and nature of the programme’ should not be prejudiced, the open-ended nature of terms such as ‘integrity’ renders enforcement open to challenge.  Moreover, programmes can be structured to allow commercial breaks, facilitating integrity through design.  Children could still be exposed to extended advertising breaks, even if the number of advertising slots in-programme remain controlled.

These changes are presented as enhancing ‘flexibility’ and ‘balance’ (recitals 18 and 19CP), both intuitively attractive qualities. It is noted that consumers now have access to alternative advertiser-free on-demand services. But flexibility for consumers through access to subscription services comes at a price that not all can afford; while certain attractive programmes will inevitably remain on advertiser-funded channels. Although consumers may ultimately benefit from investment in new programming, this is not guaranteed: profits may rather be paid out in dividends.

The draft CULT report proposes a 20% limit on broadcast advertising during 20.00 to 23.00 (Am. 77CULT). It would still, however, be possible to bunch advertising in this four-hour period and the proposal does not protect children from lengthy advertising breaks during the early evening.  In addition, the CULT proposal would repeal the article 19 prohibition on isolated advertising spots, which could further disrupt television viewing.

These amendments do not, therefore, go far enough to protect consumers, nor do they address the case for extending controls on the amount and placement of advertising to on-demand services. As on-demand becomes increasingly important for accessing audiovisual services, the argument for extending controls to this sector, rather than deregulating broadcast services, is strengthened. The CULT report strongly endorses a level playing field, but not here.

Under the AVMSD, product placement in all audiovisual media services, not just broadcast services, is prohibited, though Member States can authorise product placement in films, series made for television, sports and light entertainment programmes (art.11AVMSD).  Product placement is prohibited in children’s programmes (ibid.) and for tobacco and prescriptions drugs (art.11.4 AVMSD). The directive also seeks to prevent product placement having undue editorial influence, giving undue prominence to promoted products, directly encouraging the purchase of such products, in particular through promotional references, or constituting surreptitious advertising (art.11.3).  Viewers must be informed of product placement at the start and end of programmes, though this may be waived where the programme was neither produced nor commissioned by the media service provider in question or an affiliate (ibid.).

The CULT report changes the prohibition in programmes ‘with a significant children’s audience’, to ‘children’s programmes and any other content aiming at children’s audience’.  The former focuses on whether a significant number of children in fact watch the programme, the latter on the intention of the service provider and other factors such as the marketing and timing of the programme.  The CULT formulation may make it easier to gauge whether product placement is permissible but also affords more scope to game the system by arguing that a programme was never ‘aimed’ at children.

The Commission proposal removes the prohibition on ‘undue prominence’ and the clarification that ‘making special promotional references’ to the goods and services involved is also prohibited (art.1(13)CP cf art.11.3AVMSD).  This could lead to more overt product placement, rendering it, on the one hand, more ‘recognisable’ in line with article 9.1.(a)AVMSD, but also more intrusive and disruptive. Although viewers must usually be notified of product placement at the start of a programme, this is not always required (see above), so they will not have the opportunity to look for an alternative programme. The CULT report would reinstate the provisions on ‘undue prominence’ and ‘promotional references’ (amendment 35CULT).

The draft CULT report also extends the product placement rules to video-sharing platforms (amendment 35).  In countries such as the UK, vlogs are already subject to self-regulation and there may be more helpful ways of informing viewers of the existence of paid-for content than notification at the start of a video.  For user-generated content there may also be less cause for concern about prominence and promotional references, provided the commercial nature of the communication is made plain.  Rather than extend provisions designed for audiovisual media services, it may here be preferable, therefore, to encourage the adoption of codes of conduct at the domestic level.

The Commission proposes a significant rebalancing of commercial and consumer interests in the AVMSD.  It is doubtful whether consumers are aware of the implications of these changes and even more doubtful, given their antipathy to advertising generally, that they would endorse them if they were.  The draft CULT amendments go some way to addressing these concerns, but arguably not far enough.  It is consequently important that consumer and audience groups continue to make their views known at the European level, alongside commercial interests.

This post gives the views of the author and does not represent the position of the LSE Media Policy Project blog, nor of the London School of Economics and Political Science. A longer version of this post was published on the European University Institute site. 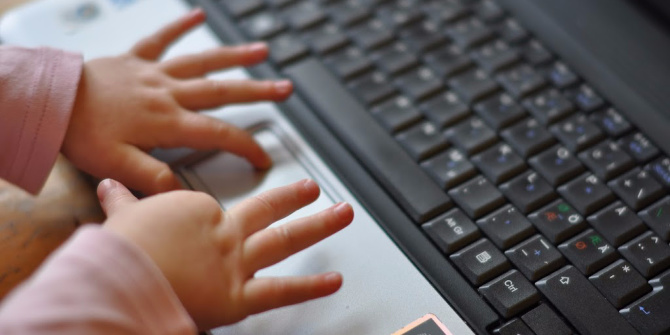