Today, 25 October, the Press Regulation Panel is expected to make a decision on whether or not to recognise Impress as an approved regulator of the UK press. A recognised regulator would clear the way to commence Section 40 of the Crime and Courts Act 2013, and activate the exemplary damages provision.  The Media Policy Project’s Emma Goodman explains the situation as it stands and the implications of the upcoming decision.

It has been a long road from the phone hacking scandal which came to light between 2006 and 2011 and threw regulation of the UK press into disarray. The Leveson Inquiry was commissioned in 2011, with a report on recommendations for the future regulation of the news industry published in November 2012. (For background see policy briefs from 2012 on reforming the PCC, and details of the recognition scheme under the Royal Charter from 2014.)

Almost four years later, there are still huge differences in opinion and no sense that the process has been effectively resolved. There are currently two press regulators operating in the UK.  IPSO, which began operating in September 2014, has many major newspapers as members, including the Telegraph, the Mail and those owned by News UK. Its chair Sir Alan Moses has been clear from the beginning that it will not seek recognition under the Royal Charter and does not support any kind of statutory regulation, seeing this as a severe threat to press freedom.

It is currently running a draft arbitration scheme, which was one of the key recommendations of the Leveson Report. ‘It is a voluntary scheme where both parties agree to binding arbitration overseen by specialist barristers,’ IPSO’s site explains.

Critics, however, say that IPSO is not sufficiently independent as it is too close to the industry. It was accused of being ‘toothless’ in September 2016 by MPs who were concerned that it has never actually fined a newspaper, and that its whistleblowing hotline has not seen any cases come to light.

IMPRESS, founded at the end of 2013, has sought from the beginning to be compatible with Leveson’s recommendations and therefore a candidate for recognition by the Press Recognition Panel, which was established by the Royal Charter on self-regulation of the press. It claims to be the only regulator that is truly independent from the industry, and has been endorsed by the National Union of Journalists, among others.

Chair Walter Merrick announced its first members in January 2016, mainly small hyperlocal publishers. Whereas IPSO is using the editors’ code of practice that was used by the PCC, IMPRESS is drawing up its own code. A draft is available here, described by media commentator and professor Roy Greenslade as not as comprehensive as the original editors’ code. It also has an arbitration scheme in place which aims to offer its member publishers protection against exorbitant legal costs.

Critics have highlighted what they see as an insecure funding situation and lack of major publishers as members, as well as the fact that it is seeking recognition, which they do not see as true self-regulation.

As well as whether or not IMPRESS will be recognised, whether and when Section 40 of the Crime and Courts Act 2013 will be commenced is currently the other key issue to be resolved. Its goal is to make it easier for people to bring libel and privacy cases against newspapers, and to encourage publishers to sign up to an approved regulator, as if they do not, they would be liable for the costs of those bringing complaints against them, regardless of whether they win or lose.

This must be distinguished from the exemplary damages provision of the Crime and Courts Act that came into force automatically on 3 November 2015. This allows for higher damages to be sought against publishers in cases “the defendant’s conduct has shown a deliberate or reckless disregard of an outrageous nature for the claimant’s rights” and this is seen as the only appropriate punishment.

The government’s original intention was to delay the introduction of Section 40 until the conclusion of the phone-hacking criminal cases. But former Secretary of State for DCMS John Whittingdale said in October 2015 that he was reluctant to implement Section 40, feeling that the exemplary damages provision would be sufficient. Many publishers were relieved, but others believe this is a mistake.

It is a polarising issue. David Wolfe, Chair of the Press Recognition Panel (which just released its first annual report), called for Section 40 to be commenced urgently as delaying it has kept up a political presence in place, leaving the decision hanging over the industry.  Without it, the panel’s report explains, “the public interest embodied in the charter cannot be safeguarded until the recognition system is given the opportunity to function.”

The House of Lords recently voted to add a version of Section 40 as an amendment to the investigatory powers bill so that newspapers and media organisation would be required to pay the costs of any claims made against them by phone-hacking victims. The amendment will have to be accepted in the Commons, however.

If IMPRESS is recognised today (which seems likely), then pressure on the Government from both sides will increase. If Section 40 is then commenced, IPSO would still be able to offer its arbitration scheme and seek to protect its members from high legal costs, but if a claimant insisted on going to court, the member publisher would be liable for all costs. IMPRESS’s members, however, would be able to insist on settling disputes through their arbitration scheme, unless a claimant was prepared to cover all costs of going to court.

Newspaper Editorials the Day After: Surprisingly Positive on Press Deal? 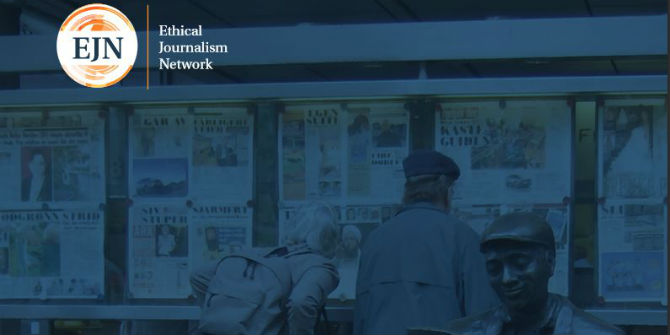 MEPs Take a Strong Stance on Media Freedom and Pluralism