From being abolished in 2013 to being relaunched in 2015, the Greek public broadcaster ERT has undergone a tumultous few years. In this post, Petros Iosifidis of City, University of London, who recently spoke at an event at the LSE on public service media in Europe, will shed light on the reasons why ERT has been widely perceived to be a state broadcaster rather than one fulfilling public service obligations and explain how – despite its flaws – ERT has shown a surprising level of adaptability.

While most Southern European public broadcasting systems are to some degree subject to political influence and dependence, in the case of Greece, public broadcaster ERT is even now – after four decades of deregulation and the breakup of its broadcasting monopoly – still labelled by many as ‘state’ rather than ‘public’ broadcaster. This wide public perception stems from ERT’s one-time role as a mouthpiece of government propaganda. As both radio and TV broadcasting were launched under dictatorships (the late 1930s Metaxas dictatorship and the mid-1960s Colonels rule respectively), they have been regarded as ‘arms of the state.’ Post-dictatorship politics and the restoration of Parliament in 1974 witnessed the Conservatives (NEW DEMOCRACY) and Socialists (PASOK) dominating the political scene accusing each other of too much governmental control over state broadcasting media.

Even today, the new ERT, relaunched by the left-wing SYRIZA government after a temporary two-year closure, is criticised by opposition parties and the press, who accuse the broadcaster of promoting the government’s position. Indeed, one only has to watch ERT’s and private television channel Sky’s main news bulletins at the same time to see the former being blatantly pro-government by prioritising the activities of the PM/Ministers and presenting them favourably, and the latter typically criticising the government on all fronts. True, ERT never obtained a reputation for investigative reporting, but it appears that it today has a fundamental bias towards SYRIZA, the party in power.

This situation has largely arisen from the political tensions in Greek society since the Second World War. These tensions, combined with the absence of a strong civil society, have made the state an autonomous and dominant factor in Greek society that has to take on additional politico-ideological function. The state plays an active role in the formation of the Greek economy and policy and it is relatively autonomous from society. This makes the system less self-regulatory than countries with developed capitalism such as Northern EU territories, Britain or the US. Lack of self-regulation makes the state intervene in the politico-ideological sphere and thus diffuse its repressive mechanisms.

In the case of broadcasting, the state not only intervenes but is an active agent. Greek broadcasting was established, as in most European countries, as a state monopoly which remained after the restoration of Parliament. According to the Constitution of 1975, ‘radio and television will be under the direct control of the state’. Although ‘direct control’ did not necessarily mean ‘state monopoly’, state monopoly was justified on the grounds of limited frequencies being available, as well as the need to provide full coverage for such a mountainous country with its many islands. Therefore, the state became the sole agent of the broadcast media and continues to manipulate state TV news, albeit to a lesser extent, in the era of proliferation of channels of communication. As a result, ministerial censorship was common practice and state control greater than was usual elsewhere. The general pattern of the Greek state broadcasting media was (and still is) that a transfer of political power will be followed by an equivalent changeover in the state media institutions’ executives.

Consequently, it could be safely assumed that PSB never really existed in Greece. The troubled political history of the country formed a state rather than a public broadcaster. By and large, in Greece the state broadcaster was unable to function according to the public service obligations observed in Britain, Scandinavia or other Northern European countries. This can also be attributed to the lack of adequate funding since the monthly licence fee today is about 3 Euro per household (reduced from 4.7 Euro in 2013 due to the ongoing economic crisis). Lack of resources obviously does not allow for a strong indigenous production and quality programming, something that would have likely promoted ERT’s reputation.

Nevertheless, one has to admit that the Greek broadcasting system has been surprisingly adaptable and flexible in the light of new developments. It should be considered that this system has worked under Western democratic rule for nearly 40 years now, and suddenly had to face all the upheavals that other Western broadcasting systems have taken years to absorb.

This situation is related to the fact that Greece, like other Southern European countries, entered rather late into ‘modernity’ and has neither a strong civil society nor a strong market. In Greece, the media have been used as vehicles for negotiating with and pressuring the government of the day, rather than reflecting public discourse. The over-extended state, meanwhile, is considered by the private interests as the place to create business (for example, public works), more than the market, which has remained underdeveloped. It is in this context that one can understand why the power of the media has increased considerably, whereas the power of journalists and of course that of ERT remains weak. 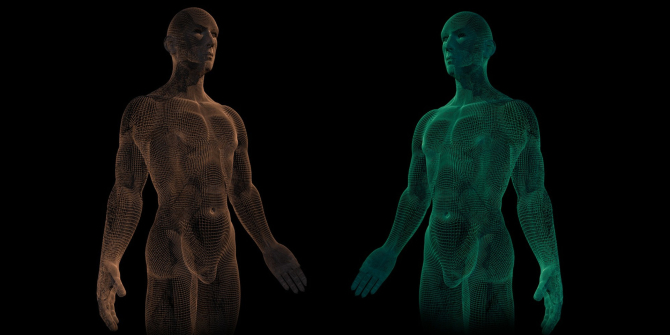