Last week, the UK government announced its plans for a new Data Protection Bill that would give people “more control over their personal data” and enable them to be be “better protected in the digital age.” LSE’s Sonia Livingstone looks the implications of the Bill for child rights and highlights areas that might need more work.

Unexpectedly for many interested observers, in these slow days of summer, the government has suddenly announced its statement of intent regarding the Data Protection Bill that will bring the European General Data Protection Regulation into UK law by next year. As my colleague Orla Lynskey observes, this welcome extension of UK citizens’ rights is, from the UK’s point of view, little more than a re-branding exercise for the already-agreed European regulation with, she adds, some “lamentable” and “glaring” UK mistakes thrown in for good measure.

But for those of us concerned with child rights, it is even more welcome that the statement of intent includes 23 mentions of the word “child.” Anyone following our series of posts on this blog, extending the insights from our GDPR Expert Roundtable last October, will know that we’ve been calling for a process that involves public consultation, rigorous evidence, and includes the views of children (as is their right).

Someone glancing through the long list of organisations that responded to the (opaquely named and easily missed) “Call for views on the General Data Protection Regulation derogations will be perhaps partially reassured at the range of views available to the government, although remarkably few of them represent children (or, indeed, parents). It is unclear though whether any of them submitted, or are even aware of, relevant evidence concerning children’s ability to consent to providing their personal data on private (or public) online information services (though I sent in mine and I’m sure the Children’s Commissioner for England sent in hers, as I’m assuming did Young Scot).

Expectations are running high – there’s a discussion paper just out from UNICEF on business responsibilities for children’s privacy rights in a digital world; a Council of Europe consultation ongoing for member states to promote, protect and fulfil children’s rights in the digital environment; the recent House of Lords report on growing up with the internet reviewing the evidence that privacy-by-design is now urgent; a current class-action lawsuit against Disney for exploiting kids’ personal data without parental consent; and more.

So do those 23 mentions in the government’s Statement of Intent cut the mustard?

Next is for Parliament to debate the Bill, with the first reading in September and presumably much lobbying and argumentation to follow. Let’s hope that in the headline-grabbing struggles to regulate ill-prepared businesses, children’s right to privacy is not overlooked. Let’s hope, too, that everyone who cares about children’s rights in the digital environment now gets involved. 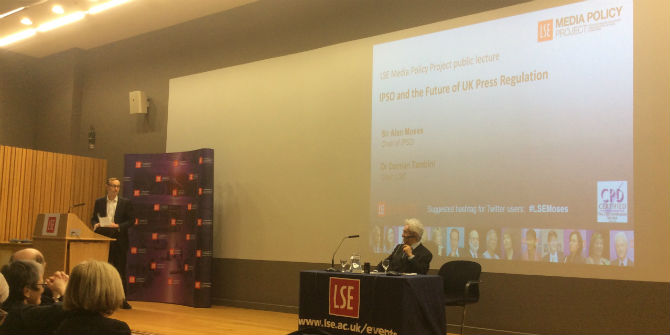 Developing the user perspective in the plurality dialogue