As governments, institutions, civil society and industry seek to tackle the challenges posed by misinformation, improving the public’s media literacy and/or digital literacy is often cited as a potential solution. Gianfranco Polizzi, a PhD researcher here at the LSE, discusses how critical digital literacy relates to trust, and how policy conversations should be redirected.

I recently attended MisinfoCon in London, organised by Mozilla and Hacks/Hackers, and shortly after headed to Taiwan to give a keynote speech on critical digital literacy and education at the International Reading Education Forum in Taipei, organised by the CommonWealth Magazine Education Foundation. These events have left two questions resonating in my mind: what is the relation between misinformation and critical digital literacy? And what role does trust play?

Misinformation can be problematic and potentially harmful, especially when deliberately conceived to sway elections and democratic processes. Conducting research among 24 countries across the world, the Reuters Institute’s 2018 Digital News Report found that 42% of people reported being exposed to poor journalism in the last week (compared to 26% who reported coming across stories that they believed to be completely untrue). Furthermore, only 44% trust the news overall, with 42% and 32% respectively in countries such as the UK and Taiwan. As Rasmus Kleis Nielsen has emphasised, overall concerns about misinformation and low levels of trust in the news “are fanned by politicized use of the term fake news” which builds on “much broader concerns … lead[ing] many to see publishers as responsible for … what they see as misinformation.”

We need to acknowledge that poor journalism exists and that, in synergy with distrust in political institutions, distrust in media outlets, especially in the West, is symptomatic of a crisis of public communication and democracy, in the context of which internet-mediated activism has mushroomed within the last few decades. Such a crisis of the institutional character of democracy is fuelled by public perceptions of the media as unable to represent citizens’ concerns, the latter addressed as spectators and consumers of politics rather than active members of democracy. At the same time, though, we also need to recognise that good, trustworthy journalism exists, based on fact-checking, editorial standards and ethical principles. While in Britain many consider the BBC the most objective media outlet, most newsrooms have their biases. Some appreciate, nevertheless, that “neutrality does not apply when universal values – such as peace, democracy, human rights, (gender and racial) equality, (social) progress, and national liberation – are at stake”.

Critical digital literacy relies on the ability to evaluate online content in relation to bias and trustworthiness. In addition, as I’ve discussed here, it should be understood as incorporating knowledge about the broader digital environment, how giant corporations like Facebook and Google run their platforms and make profits, and, ultimately, the potentials and constraints that the internet presents for democracy and political participation.

What follows from the Reuters Institute’s findings on citizens’ low trust in the news and perceptions of fake news worldwide is that critical digital literacy, as advocated by academics, educationalists and policymakers, should be addressed in the context of deeper societal issues about (dis)trust.

Unlike critical digital literacy, the notion of media literacy refers to both traditional and digital media. Danah boyd has argued that media literacy’s emphasis on trusting accredited sources while distrusting untrustworthy information is embedded within a wider culture of questioning. Rooted in our institutions, education and the family, she has emphasised that such a culture of questioning problematically places responsibility on the individual. This can end up encouraging lay knowledge over trust in expertise, and makes people unwilling to welcome different perspectives. Boyd writes that “media literacy asks people to raise questions and be wary of information that they’re receiving. People are. Unfortunately, that’s exactly why we’re talking past one another”. However, media literacy is not about questioning everything for the sake of rejecting everything. It is rather about assessing whether information is evidence-based, while reflecting on the socio-political context and the media ecosystem where information circulates.

The ‘critical’ in critical digital literacy is important. The concept of critical thinking is associated with different academic traditions: both with rational thinking and appreciation of evidence (the positivist tradition), and with questioning dominant power relations and reflecting on the socio-political context (critical pedagogy). These are not, however, mutually exclusive, and can function in tandem. We also need to acknowledge that a tendency to distrust institutions, question information and, more problematically, reject evidence and expertise seems to constitute the fabric of ideological extremism that is socially detrimental and democratically deficient.

For some time now, policy talk in the UK has focused on how to address online misinformation, given the pace at which it can spread on the internet, undermining democracy’s premise of a well-informed citizenry. As Sonia Livingstone has argued, however, we should not expect media literacy to work as a magic solution. Such an expectation diverts attention from the role of the different stakeholders involved in tackling misinformation, including the government and social media. The problem is that:

“in a policy field where governments fear they lack the power to take on the big platforms, it is the individual who must wise up, becoming media-savvy. […However, we] cannot learn to be literate in what is illegible [ – as with jargon-specific terms and conditions or hard-to-find privacy settings. Relatedly,…] we cannot teach people data literacy without transparency, or what to trust without authoritative markers of authenticity and expertise. So people’s media literacy depends on how their digital environment has been designed and regulated”.

Not only do we need to interrogate what role such an environment plays in relation to misinformation and what critical digital literacy can or cannot achieve, but, as the problem of misinformation is embedded within a broader condition of distrust in politics and the media, we need to bring discussions about trust to the fore.

Hence, we need to:

I am aware that this sounds like a long-term project, but it is one that is worth undertaking. 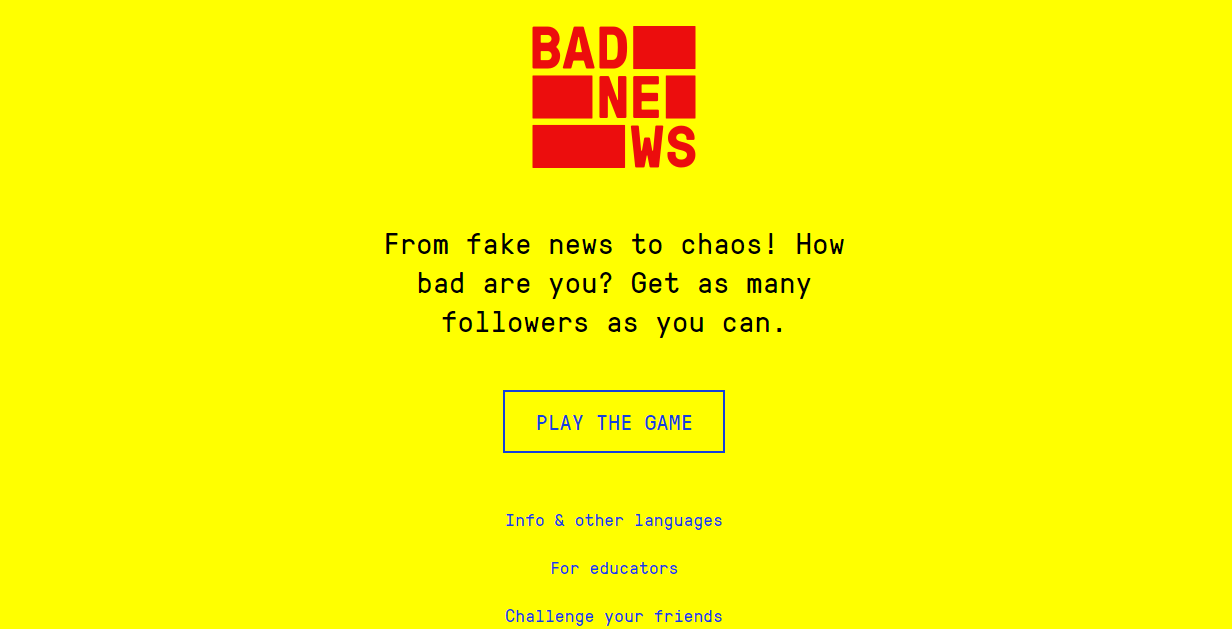