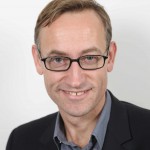 LSE’s Damian Tambini discusses the policy challenges posed by digital dominance for election legitimacy in an interview with with Sofia Verza of OBC Transeuropa‘s ESVEI project.

Our daily life is ever more permeated by the use of digital platforms of worldwide relevance, the so called “Over The Top” (OTT) platforms. They are the main protagonists of the 2018 book edited by Martin Moore and Damian Tambini, “Digital Dominance: The Power of Google, Amazon, Facebook, and Apple”  .

In light of recent European elections, it is worthwhile to spotlight again the role of these information gatekeepers, who are mainly US-based but have a worldwide reach and effects. Damian Tambini authored one chapter of the book, titled “Social media power and election legitimacy”  . One of his main conclusions is that the dominance of few digital companies over the others exacerbates the problem of the on-going undermining of election legitimacy, which he considers to be not merely a legal concept but a “social construction”. That means that a greater plurality of social platforms could help solving some of the problems arising  from the shift of political campaigns online- especially on Facebook: transparency, disinformation, the closure of users in filter bubbles, down to the necessity of regulations (or self-regulation) of online campaigning. ESVEI interviewed Tambini one year after the publication of “Digital Dominance”.

You recalled Zuboff’s expression “surveillance capitalism” (2015), a notion she expanded on in her last book “The Age of Surveillance Capitalism” (2019). Would you better explain us this concept?

Speaking about “surveillance capitalism” Zuboff refers to the period we are living in, where a new industry entered the capitalist system: this industry is based on the extraction of our “behavioural surplus”. Living our online lives, we leave behind us some data traces, that are collected and used to create increasingly powerful advertising and marketing technologies, which in turn are used for “behavioural modification”, for example manipulated voting decisions through targeted ads. In her book, Zuboff does not deal with the issue of elections in great detail but this model applies also in this field: for instance, researchers have estimated that recent election campaigns gathered more than 1000 individual data points (i.e. 1000 separate pieces of information) on each voter, such as age and income but that could also include the voters’ psychological profiling, even including their mood. On the basis of this increasingly precise information, the most persuasive information can be targeted at each individual voter. Data gathering will be increasingly precise, and the highest the number of data points available for a voter, the more we should concern for his or her autonomy of decision-making.

It has been observed how there is a strong relationship between micro-targeting, filter bubbles and disinformation, since people are more inclined to believe as true some like-minded information. Up to now, is there any relevant example of fake-news’ dissemination in context of the European campaigns, the current one or, for instance, the 2014 one?

Awareness of the dangers of targeted disinformation campaigns heightened after 2016 (Ed.: after the US elections and the Brexit referendum), and since then the platforms themselves, such as Facebook, are paying closer attention to the threats for election legitimacy. Since the campaign for the EU elections has begun, I have not yet come across any instances of breaches of electoral law, through foreign donations or spending, nor any allegations of deliberate disinformation campaigns. However, it is likely that they are taking place at some level. This is a subtle area, because as you said, disinformation and fragmentation of political discourse can be the result of the inherent biases of the social media model, which rewards engagement and resonant content, rather than content that is true or fair. Nowadays, platforms and the other main actors are developing a new approach to responsible behaviour, and lawmakers and regulators are seeking to alter the incentive structure to ensure that they do so effectively and in a sustainable way. But it will take time for systems of media and governance to respond.

A regulation for digital campaigning is difficult to design, both for freedom of expression concerns and because the subjects that should be regulated are plural and based in different geographical locations. What is the issue (e.g. spending, disinformation) and who is the subject (e.g. parties, platforms) on which regulators should focus in the first place?

Regulation of election campaigns varies by country, and each regime is based on a different approach. There are various objectives of regulation, including maintaining fairness, limiting the role of money (spending limits), and maintaining transparency (so we know who is paying). It is clear now that a wide range of reforms are necessary: for example, there should be a more adequate control and registering of the sunk costs in databases, which are now a high proportion of the overall spending. Transparency can instead be improved by maintaining a repository for advertisements. Some of the new duties should attach to the parties, and some should attach to intermediaries and platforms. The reason why platforms such as Facebook attract a lot of attention is because they are “one-stop shops“ for the industry of political advertising. Facebook has taken significant steps in voluntary self-regulation and national regulations can provide legal support for these voluntary initiatives. However, longer-term problems of autonomy such as those raised by Zuboff will need entirely new rules and approaches, because we are dealing with an entirely new paradigm of propaganda.

With regard to the different geographical location of the actors involved in political campaigning, there is a discrepancy between the host jurisdictions of the main digital platforms (mainly US-based) and the location of their users and practical outputs (for example, in the single EU member-state). What is then the role of supranational regulations? Can they be more effective than national rules?

Elections tend to be regulated by national electoral law, but there are a number of attempts to develop standards and principles at the supranational level, and raise awareness of the common challenges.  Problems of foreign interference in elections, for example through the funding of campaigns or deliberate misinformation campaigns (which have happened in Europe and North America) are difficult to deal with under the current patchwork of national standards: so, an increased international debate about common principles would be useful. In a fragmented geopolitical world the work of international organisations in maintaining trust in national elections is likely to become more important.

In your chapter you quote Rasto Kuzel, OSCE election media analyst, who said that “media monitoring projects can provide the general public with benchmarks to judge the fairness of the entire election process. This function is vital even in those countries that have a long- term tradition of freedom of speech and freedom of the media”. In the past, there have been monitoring processes of EU elections, like those carried out by OSCE. Will the next elections be monitored and if yes, will any specific attention be paid to the media environment?

The next elections will be subject to monitoring by outside bodies. The Council of Europe, the European commission, the United Nations, and the OSCE are examples of international organisations that hold regular election monitoring missions to ensure that national votes are free and fair. The problem however is that such bodies have been extremely slow in updating their criteria for conducting election monitoring: regarding the media and communication issues, for instance, they are concerned with rather old-fashioned notions of bias and media freedom, which whilst still very relevant are only a small part of a much more complex social media picture. Election monitors do not have the tools they need to cope with this new problem, and even if they do, in theory, have some broad general criteria which would enable them to look into social media issues, they appear to be reluctant to use them. So not only national election laws on donation and spending, and national media laws, but the criteria for international election monitoring missions must urgently be updated.

This interview was originally published by OBC Transeuropa‘s ESVEI project and is republished with permission and thanks. This article represents the views of the author, and not the position of the LSE Media Policy Project, nor of the London School of Economics and Political Science. 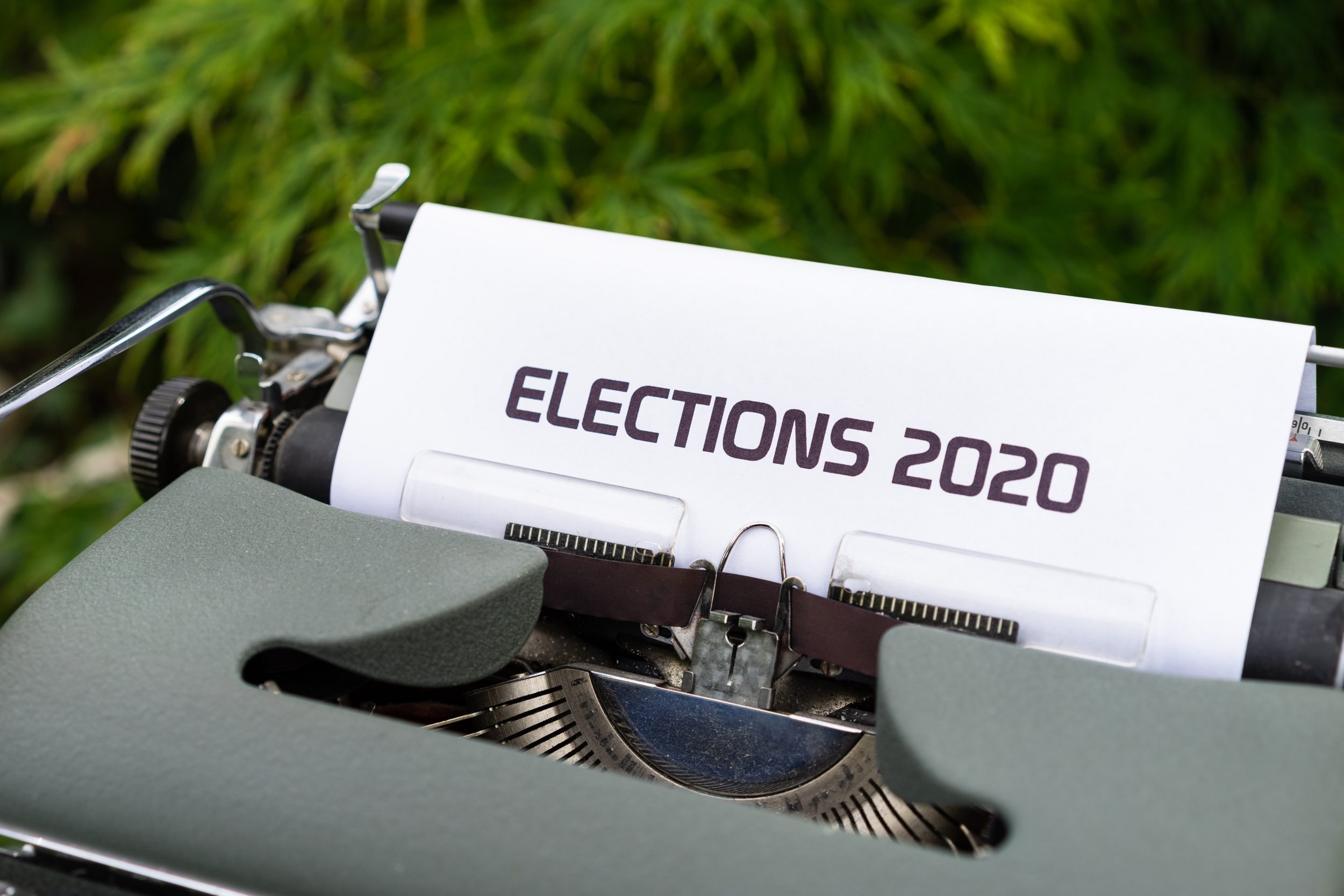