Since 2016, concerns about ‘fake news’ have reached new heights. But what is the actual impact of online misinformation on audience’s political knowledge and attitudes? The LSE’s Rodolfo Leyva recently completed two experimental studies: one looking at the effects of fake news stories on voter support for US presidential election candidates, and one testing the effects of conservative newspapers in the UK on anti-immigrant attitudes and political behavioral intentions. Based on his work, he explains here the relative risks of ‘real’ and ‘fake’ news.

Before reacting to the title, please note the following qualifiers. By “real news”, I’m primarily referring to the political journalism of the Western and mainstream conservative press, though, centrist and ostensibly liberal outlets are also implicated when they use the manipulative reporting techniques discussed below. By harm, I’m only referring to the media’s corrosive influence on audiences’ political knowledge, attitudes, and participation.

That said, here’s what we know from the extensive theoretical and empirical scholarship on media priming, framing, and cultivation effects.

Due to commercial imperatives, time pressures, and editorial slant, news organizations’ political reporting tends to cover and focus on certain considerations, connotations, attributes,  emotional factors, and values, while neglecting others. Their reporting also tends to be embedded with subtle or blatant textual and/or visual cues and frames such as negative wording, innuendos, symbols, salacious imagery, and sensationalist headlines. Taken together, these editorial choices and language:

Accordingly, exposure to such content, irrespective of its accuracy, automatically primes and heightens the accessibility of emotions and schemas that are consistent with these cues or frames i.e., mental representations of beliefs, attitudes, practices, knowledge, events etc. that are stored and networked in memory.

In readers with weak political positions and/or little to no prior knowledge on the subject matter, such exposure and consequent triggering can generate new corresponding schemas. Whereas, in those with stronger political positions and knowledge, this tends to simply update their pre-existing schemas and usually only if the information presented aligns with these. In either case, when activated, these associations can remain accessible and orient subsequent related judgments and behaviours, such as candidate evaluations and selective news consumption. Moreover, once a given schema exceeds an activation threshold, it’s then likelier to suppress the activation of rival schemas and considerations, and induce automatic judgments and behaviours.

This is not to suggest that our political identities are determined by what we see in the news, nor to exaggerate the media’s persuasion power. Indeed, the extent to which even legitimate journalism influences our attitudes and practices over and above other primary agents of political socialization (e.g., family, schools, friends), is probably minimal. Nevertheless, frequent exposure to prevalent, recurring, and conceptually congruent news-media representations increases the probability that the salient, semantic, thematic, and affective aspects of these representations can incrementally shape a person’s mnemonic structures and concomitant conceptions of reality, value systems, and behaviours.

This now brings us to the mainstream right-wing press. Their reporting regularly includes loaded and emotive wording; stereotypical imagery or textual descriptions of ethnic minorities; misrepresentations of leftist figures and policies; disproportionate coverage of crimes committed by immigrants or other disenfranchised groups through selections of highly sensationalist cases; and/or citations of dubious studies, sources, or statistics. To be fair, outlets vary in the degree to which they employ these framing techniques, and centrist and left-leaning press also use them, although much less so.

Nascent research is shedding light on how these reporting practices can affect political attitudes and behaviours. For example, a correlational study from 2012 showed that people who regularly watched Fox News had greater unfavourable views of Mexican immigrants and support for restrictive immigration policies than viewers of the centrist outlet CNN. In a related vein, a Spanish experiment also from 2012 found that exposure to a newspaper article that associated increased immigration with rising crime, induced stronger anti-immigrant attitudes. Similarly, my experiments suggest that regular exposure to stereotypical representations of migrants in articles from leading British conservative newspapers (e.g., The Daily Mail, The Daily Express) cultivates anti-immigrant schemas, which, in turn, mediate the likelihood of voting for politicians running on anti-immigration platforms. These and other studies consistently indicate that repeated attention to journalistic content containing evocative, derogatory, alarmist and/or otherwise misleading representations of minority groups primes and strengthens corresponding negative opinions and policy preferences.

Now, to address the issue of ‘fake news,’ I must first note that most of hoopla surrounding it refers to digital fake news (DFN). DFN can, therefore, be more specifically defined as non-satirical deliberately fabricated news stories that are designed to appear credible, and disseminated through the Internet in order to generate advertising revenue and/or influence people’s politics. DFN stories are usually full-fledged articles from dedicated host websites that are distributed through Facebook and Twitter, and their content often contains eye-catching headlines, provocative imagery, defamatory accusations, and demonstrably false claims about a political candidate, party, or policy. So to put it differently, DFN is honed clickbait that is intentionally framed to manipulate people’s socio-political thoughts and practices via eliciting emotional reactions. But, despite this clear purpose, there’s no evidence that DFN leads to any change in political attitude or behaviour.

The handful of studies on DFN do, however, show that:

Correspondingly, an experiment I ran recently yielded similar findings. In it, participants aged 25-49 were exposed to either anti-Clinton or anti-Trump DFN, and were then tested on their candidate evaluations and preferences against a control group. Neither group changed their attitude to the candidates based on the DFN that they saw. However, significant results did show that believability in the anti-Clinton DFN materials was strongest amongst the most conservative participants, and that high believability negatively moderated evaluations of Hillary Clinton. The research on DFN so far thus seems to indicate that when DFN is encountered and read, people – especially those of a far-right persuasion – will tend to rely on their triggered pre-existing political schemas and gut feelings to evaluate its content such that they will be more likely to:

So why might this be the case? Before answering, please note that the following explanations are tentative, and need to be verified with additional studies. (This is not a convenient cop out or cheap ploy to get research funding; it’s just that science is necessarily slow and cautious.) Now, as I alluded to earlier, by around age 25, most people have relatively crystalized political identities and leanings that they’ve cultivated since childhood. Hence, for most developed adults, momentary attention to even emotive and sensationalist political news usually simply triggers and reinforces existing schemas, if the content is consistent with their attitude. Conversely, if news features content that is at odds with their existing beliefs, then its messages will likely be ignored. This doesn’t mean that people don’t read or can’t be influenced by counter-attitudinal news messages, but it’s unlikely, since people primarily pay attention to media that reaffirms what they already believe, and after adolescence, basic political schemas typically don’t really change.

In other words, people – particularly those who vote regularly – aren’t blank slates when it comes to politics, as they come equipped with pre-existing beliefs and values that can shield them against the persuasion effects of exposure to counter-attitudinal DFN. Further, these schemas have been significantly, although not solely, shaped by years of chronic attention to prevalent, recurring, and conceptually congruent news representations. And so, if these representations entail those disseminated by mainstream conservative media in particular, then the ‘harm’ has already been done. All exposure to congenial DFN does at this point, is simply bolster the misinformation placed and cultivated in one’s mind via years of consuming ‘real news’.

Importantly, I’m not arguing that we shouldn’t be concerned about ‘fake news’, but that it’s not the cause of our current political polarization, Brexit, or Trump’s election. For that we should be pointing fingers at, amongst other factors, mainstream political journalism. As such, we should probably also push for regulators to hold all news media accountable to existing and long-accepted professional journalism ethics, standards, and practices. 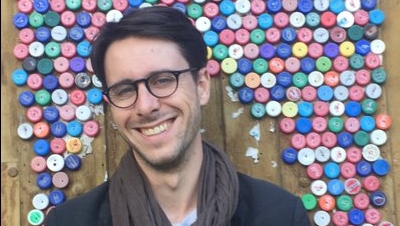 Future Thinking: Wired Editor in Chief Nicholas Thompson on the Role of Media