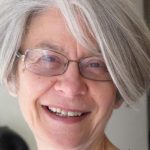 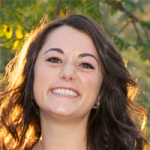 In the name of personalisation, browsers and platforms are mining users’ data in unimaginable quantities. To ensure that these banks of data – which companies claim is obtained in the interest of the public – are not exploited, systemic change is required.  In this post, Angela Phillips, Professor at Goldsmiths University, and Eleonora Maria Mazzoli, PhD researcher at LSE, propose that this change should include an end to the use of microtargeting, the introduction of restrictions on the use of private data for third-party profit, and a public sector challenge to the private interests that have colonised the search functions on which we all depend.

The most popular services for search and social connection (and their related recommendations systems) are owned by private companies. They are centrally organised, commercially funded and built on the economic imperatives of targeted advertising, data collection and data monetization. These processes tend to rely on an opaque, online advertising system that aim to maximise revenue streams. The unintended side-effects of the use of personal targeting in the distribution of information and news through online search engine and social media are now well-understood and include:

Every wave of new communications technology, from the printing press to the Internet, has been met with huge optimism in the initial stages. In every case that optimism has been crushed as the emancipatory potential of the technical revolution is repeatedly harnessed in the pursuit of profit.  In some cases, a residue of that potential has remained: printing has never been entirely harnessed for a profit motive and; in the case of the electronic telegraph and broadcasting, efforts made through nationalisation or regulation have led to some degree of diversity of access and ownership. These interventions have been patchy and have been pursued with far more vigour in Europe than in the United States. It is therefore not unexpected that the loudest voices questioning the unfettered marketisation of the Internet are being heard in Europe, although policymakers across the Atlantic are starting to talk about intervention too.

The primary means of intervention at the European level has so far been by competition (anti-trust) policy. Recently we have also seen the revision of legislative frameworks such as the ePrivacy Regulation, the Audiovisual Media Services Directive (AVMSD) and we are now hearing discussions about fairer digital taxation.  In the meantime, individual countries such as  Germany, France and Italy, are suggesting a range of other proposals. Companies are also producing their own solutions, such as the single sign up privacy arrangements in Germany and the single log-in service in France. While these proposals will change the way in which profits are distributed, they will neither impact the means by which profits are made, nor will they have any impact on the effects of the marketisation of personal data, upon which all those profits are based.

A more effective solution might be to stop the use of personal data for the purpose of third-party micro-targeting altogether. By microtargeting we refer to those customised targeting techniques often used in marketing strategies that capitalizes on the consumer’s data (including demographic, psychographic, geographic, and behavioural data) to predict buying behaviour, interests, opinions, and influence that behaviour with the help of a hyper-targeted advertising strategy. We know this is technically possible because Google has already announced that it will no longer allow micro-targeting for political advertising and election campaigning, limiting the audience targeting to general categories of data, such as age, gender, and general location. But if micro-targeting is considered toxic for politics what about its other uses? Is there any real need to use personal data for any third-party micro-targeting?

We propose that private data should remain private and not be used by any third-party organisations for their own purposes. This would not mean the end of advertising as advertisers would still be able to put their wares before people who are directly searching for a product as well as advertising on webpages of publications and platforms that share those publications.  This would likely diminish the returns for organisations that exist solely to sell products, but would arguably have the effect of enhancing advertising income for publications with a direct audience for their editorial content. And of course, you could still use previous preferences to help target your personal search.

The second intervention should be the development of a public interest search engine. Many countries, with varying success, have established public service broadcasting as a means of avoiding the development of information monopolies and it should be equally possible to create a public service search engine. Such an endeavour would be best initiated, on a European or global scale, by bodies independent of the state and commerce.

A consortium of universities and independent research institutes, potentially funded by the European Union, with representation from interested public broadcasters would have the necessary spread of expertise and experience to establish and drive such a venture. By establishing a global governance mechanism, the organisation(s) should be relatively free of influence by national interests and able to establish guidelines for the ranking of search results which would ensure, not only the relevance, but also the integrity of the information.

However, given the abundance of content and information, and the limited spaces of our devices and their user interfaces, it is important to reflect critically on the guiding principles and criteria of a public interest search engine. Such reflection should address relevant questions about what is considered to be in the “public interest”, who can define it, and which criteria and values should be used to then fairly rank information.

The Internet was developed by public enterprise and it needs to be restored to its original purpose as a means of enabling open communication rather than private profit.

Professor Angela Phillips teaches journalism studies at Goldsmiths, University of London. She is the co-author of Misunderstanding News Audiences (2018), author of Journalism in Context (2014) and co-author of Changing Journalism (2010). She has an interest in the changing nature of news gathering, dissemination and consumption and its impact on a sustainable democracy.