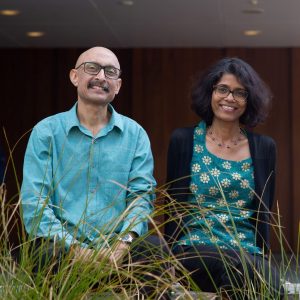 Debashish Munshi and Priya Kurian, both Professors at the University of Waikato in New Zealand, reflect on what world leaders and the media should learn from the current COVID-19 pandemic about the urgency of tackling climate change as a crisis of culture.

The images of death, deprivation, and despair thrown up by the COVID-19 pandemic raging throughout the world are not out of a dystopian novel. They are real. They are in front of us, they are on our television screens, they are on our social media pages. But the blurred background to these images that remain out of focus is the unfolding catastrophe of climate change and its deadly grip over the planet. If there is a message in the spread of COVID-19 and its consequences, it is the need for political leadership as much as media to sharpen their focus on climate change.

We don’t suggest that COVID-19 is a direct consequence of climate change. But the health, social, and economic impacts of the virus so far have given us a tiny snapshot of the colossal devastation the planet might face once climate change becomes unstoppable. If the staggering number of fatalities, the overwhelmed healthcare infrastructures and exhausted frontline medical workers, the shattered economies, the lost jobs and livelihoods, and the ill-thought out responses to the novel coronavirus are benumbing, we should stop and think what a planet being slowly ravaged by climate change will very soon look like.

COVID-19 is not just a crisis of nature. It is a lot like climate change, which novelist and essayist Amitav Ghosh has called a “crisis of culture” because, as he says, “culture generates desires” for lifestyles and ways of living that perpetuate the dominant discourse of a carbon-intensive economy. While scientific reports, modelling-based scenarios, and market mechanisms including cost-benefit analyses of mitigation and adaptation projects are all important, they constitute a dominant technical discourse that remains out of touch with people’s subjective realities and hence can only ever be partially effective. That is why we have made the case for a culture-centred framework of public engagement on climate change in a recently-published article in Environmental Communication. Such a framework calls for factoring in the values and beliefs of different groups of people, the specific contexts of the places they live in, the dynamics of power they negotiate, and the narratives that guide the actions they take. This four-pronged notion of culture helps us make sense of both climate politics and the responses to COVID19.

Centring culture opens our eyes to the unequal world we live in. Epidemiologists mapping the spread of the coronavirus in the UK have noticed that the death rate of British citizens of Black African and Asian ethnicities has been more than twice that of White citizens. These disproportionate statistics are not about genes, as a University College London health professor points out: it has more to do with the fact that “overall ethnic minorities are more likely to live in deprived, dense, over-crowded urban areas and are more likely to be disadvantaged.” In the US too, Black people have been overrepresented in the COVID-19 death statistics. A national study in the country reported by the Washington Post also found that more than health conditions, “socioeconomic factors such as employment status and access to health care were better predictors of infection and death rates.”

In the developing world, India is a classic case of burgeoning inequality. The plight of millions of poor people locked out of employment, food, and basic human dignity as the rich of the nation play online games in safe isolation has been appalling. Migrant labour who lost their big-city jobs because of the lockdown in the wake of COVID-19 were forced to walk (yes, walk) hundreds or even thousands of kilometres back to their home villages with no transportation options until a belated and inadequate train service began. Some died of hunger, some were run over by freight trains as they stopped to take a nap on tracks, and many faced being beaten by the police as they walked in the blazing heat, often carrying infants or aged parents on their backs or pulling them on makeshift trolleys.

The consequences of COVID-19 hold a mirror to the scarred face of a hopelessly divided planet. The legacies of colonialism, together with the onslaught of capitalism and neoliberalism, have created very different realities for the rich and the poor. The effects of climate change are hardest on the poorest and most vulnerable peoples. These include Indigenous peoples for whom colonialism “itself [is] a form of anthropogenic climate change,” poor women, and those who have done the least to contribute to the issue but who have been forced to bear the brunt of ill-conceived ‘development’ projects for the benefit of the wealthy.

The crisis we find ourselves in today needs to be seen in the context of a world where the political and economic elite seem unwilling to overcome their addiction to fossil fuels. Coal, oil and petrol form the basis of our material life – housing, transport, food and clothing, among other things. Even the impact of the dramatic fall in greenhouses gases during the global lockdown forced by the coronavirus will do little to move the world towards the goal of zero carbon emissions by 2030 because the economic stimulus packages being offered by various governments are geared towards rebuilding the economy on hyper-capitalistic and consumptive pre-COVID-19 lines. There is no denying that the culture of overconsumption, manifested for example in the intensive factory farming of animals, has a direct link to some recent pandemics. Genetic analyses have already shown that the swine flu and bird flu viruses emerged from animal factory farms in the US, China, and elsewhere.

If we truly want to prevent pandemics and act on climate change in a meaningful way, then we need a culture shift. Such a shift requires transforming the material contexts of our lives and renegotiating power dynamics not only among people but also between humans and non-humans. It means seizing this moment of economic upheaval to, as another novelist and essayist, Arundhati Roy, puts it, to “be ready to ”imagine another world” and be ready to go there with “light luggage,” leaving our “dead ideas” and “dead rivers” behind. This is a world where we can prioritise green over greed; kinship over class; and equity over exploitation. There are communities of historically marginalised people in different parts of the world who are, as we record in our recent book, doing just this – envisioning just Climate Futures. Let’s join them in solidarity and draw on the narratives of their lived experiences to shape how individuals and communities can engage and communicate with each other for a just and sustainable future.

Debashish Munshi and Priya Kurian are both Professors at the University of Waikato in New Zealand, the former in management communication and the latter in political science and public policy. They have done extensive work on public engagement on complex and contentious issues, and have written/edited several books, including most recently Climate Futures: Re-imagining Global Climate Justice (2019) and Feminist Futures: Re-imagining Women, Culture, and Development (2016). They have also published in major international journals such as Nature Climate Change, Public Understanding of Science, Public Relations Review, Management Communication Quarterly, Citizenship Studies, Futures, Journalism: Theory, Practice, and Criticism, and Journal of Environmental Studies and Sciences. 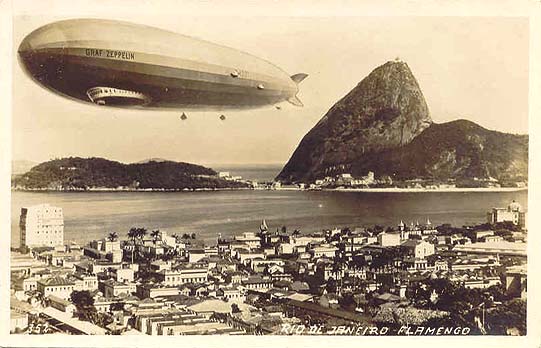