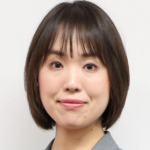 Japan needs truly independent public service media, argues Akiko Asami, a communications consultant based in Tokyo and LSE alumna. This is the second in a series of posts by former MSc students of LSE’s Department of Media and Communications, looking at various issues in media governance around the world.

In July 2018, Japan’s public service media outlet, NHK, published two provocative videos on its Twitter and Facebook pages. The videos invited the wider public to provide further information on an April 2018 story run by NHK on the improper sale of a formerly state-owned insurance company, Japan Post Insurance. However, these videos remained publicly visible for less than a month and can only be found now in an obscure archive on the official website. To this day, the quiet removal of videos from the NHK pages, as well as an eventual apology from NHK, remains a flashpoint for debate about self-censorship, editorial independence, and the future of Japanese public media.

The controversy of outside pressure

The controversy over NHK’s independence stems back to Japan Post Holdings, parent company of Japan Post Insurance. Japan Post Holdings protested the videos on the grounds that they misled audiences and depicted the sale of the Japan Post Insurance as “organisational crime”. In response, NHK Governor Ishihara gave a stern warning to NHK President Ueda, which then led to internal NHK decisions to delete the videos, issue a virtual apology, and delay a scheduled broadcast about the controversial sale.

When pressed on their involvement in editorial content, the Board of Governors deflected responsibility. In May 2020, when NHK’s programme council (an internal review group that includes external board members and deliberates over matters of public disclosure) requested the full disclosure of relevant meeting minutes, the Board merely added an opaque “postscript” on the website . These minutes include vague comments such as “the editorial process was problematic” and “the content was subjective” but do not specify the details of speakers and the conversations in the meetings. Many observers rejected the Board’s attempts at downplaying their role in influencing editorial processes at NHK and argued that their actions impeded the citizens’ right to know.

Preventing editorial interference and the politics of airing scandal

Japanese lawmakers intended to safeguard public service media’s independence when they passed the Broadcast Act 1950. Specifically, Article 32 of the act prohibits members of the NHK Board of Governors from engaging with the development of individual programmes. This law allows the Board of Governors to oversee the roles the public service media should play, but does not allow them to harm press freedom.

Moreover, NHK, like any other broadcaster in Japan under the Broadcast Act of 1950, has constitutionally guaranteed safeguards which allow it to monitor its own content. Only clear-cut instances of “antisocial behaviours” by broadcast institutions which “damage credibility” of the programme content warrant government intervention. Yet there’s little evidence to suggest that merely posting a message inviting viewer contributions to their investigations through NHK’s Twitter and Facebook accounts constituted antisocial activity.

Instead, NHK’s actions look like self-censorship motivated by fear of pressing the government’s buttons. Not only is the Japanese government the largest shareholder of Japan Post Holdings, there also significant links between the corporation and the Ministry of Internal Affairs and Communications (MIC). For instance, the vice president of Japan Post Holdings in 2018, Yasuo Suzuki, is also a former vice-minister of MIC. Moreover, the vice presidents of three of Japan Post Holdings’ subsidiary companies, including Japan Post Insurance, have also been officeholders at MIC. Crucially, the MIC holds the power to grant licenses to media institutions and can suspend the operation of broadcast companies. Seen in this light, any request from Japan Post Holdings to the Board of Governors, and from the Board of Governors to NHK would seem non-negotiable.

As Japanese media scholars note, the MIC holds a life-or-death authority over broadcasts. The chilling effect of this results in a self-censorship culture which could be further exacerbated now due to the appointment of the new Prime Minister Yoshihide Suga, a former Minister of Internal Affairs and Communications who is known for having been strict in regulating broadcast actors. For instance, in 2007 he gave a “warning” to a commercial broadcast for its health show for being “unsupported by scientific evidence” and made an explicit comment that there might be a suspension of broadcast operations if the “violation of the Broadcast Act” continued.

While Japan has never subjected any media outlet to direct suspension of operations, some media institutions have evidently internalized threats of license revocation and readily practiced self-censorship. A former Nikkei newspaper editor, Isoyama, carried out interviews with NHK journalists about covering controversial topics. In his analysis, he found that while journalists reported that their bosses did not ask them to change or cancel themes they wished to cover, they also admitted that they practiced self-censorship in order to circumvent touchy subjects.

Need for independence and substantive self-regulation

In 2021, Japan faces some of the biggest social, political, and economic changes of a lifetime. Amidst the Covid-19 pandemic and its toll on everyday life, the country has transitioned to new political leadership. The future of an independent NHK is crucial given the increasing demand for impartial, objective and trusted sources of information.

The Broadcasting Ethics and Program Improvement Organization (BPO), which was established by NHK and Japan Commercial Broadcasters Association in 2003, serves as a third-party self-regulator. The organisation thus deliberates over issues raised by audiences related to broadcast ethics and human rights. However, its scope of action is limited. While it provides recommendations, perspectives, and advice to broadcast companies, it does not have any coercive or legal power to impose a duty.

The demands for change and substantive self-regulation have supporters both inside and outside Japan. Inside the country, representatives from the broadcast industry have called for greater independence of the organization, emphasizing its importance to journalistic integrity and ethics. As more instances of governmental “instructions” or requests to be “fair” increase—a trend which accelerated during former Prime Minister Abe’s first administration, industry representatives are doubling down in their warnings of government interference. Outside, the strongest message has come from the then United Nations Special Rapporteur on the promotion and protection of the right to freedom of opinion and expression, David Kaye. In a key publication on Japanese media, Kaye recommended that Japan should establish a broadcast regulator independent from the government.

Independence would transform public service media significantly and give greater legitimacy to NHK’s claim that it serves the citizenry. With true sanctioning power, the BPO could take on the more powerful supervisory role on all broadcast content. Under these conditions, NHK’s Board of Governors would not have to take Japan Post Holdings’ intervention seriously enough to self-censor.

Akiko Asami is a communications consultant based in Tokyo. Ms. Asami brings over 10 years of experience in providing corporate communications services to clients in industries ranging from retail and healthcare to energy and technology. Her interests in academia and business include media policy, digital platforms and democratic communication.

Public Service Television in the Western Balkans: A Mission Impossible