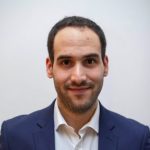 Argentina’s media policy landscape has gone through various changes in recent years. Ariel Riera, Research & Impact Manager at Chequeado, writes here about the steps to take to tackle media concentration in the country. This is the third in a series of posts by former MSc students of LSE’s Department of Media and Communications, looking at various issues in media governance around the world.

God is everywhere, but his office is in Buenos Aires.

This Argentinian saying refers to the political and symbolic centrality of the city and the same could be said about the media landscape. In recent years, economies of scale have pushed the country’s media landscape to be increasingly concentrated in the Metropolitan Area of Buenos Aires, while a contraction of the national economy has also triggered media closures, mergers and acquisitions. Consequently, most popular news outlets are part of large multimedia groups based in that area, which to some extent distorts their coverage by representing issues in BA as representative for all. For instance, mainstream reporting on COVID-19 in the country described Argentina as having “the longest lockdown in the world”, while restrictions had, in fact, been lifted in many provinces, just not in the capital. A content analysis of some of the most popular outlets shows that 27 weeks after the beginning of mandatory social distancing rules, media coverage of COVID-19 was at its lowest level at a time when cases were rising outside Buenos Aires.

The sector includes a plurality of outlets but measurements such as the concentration ratio of the four largest firms shows levels of concentration of audience and readership across media platforms (based on audience share) of around 60% for both the TV and radio markets and more than 70% for print. And while there are no established cross-media concentration indicators, nor any that cover the growing domain of digital media, a one-off indicator from Reporters without Borders’ Media Ownership Monitor (MOM) initiative concluded in 2019 that cross-media concentration accounts for “59.24% of total concentration, in the hands of eight leading media groups.”

The leading media group in the country is Clarín, which controls the biggest newspaper Diario Clarín (with its website among the most read for news), various free-to-air TV and cable stations (including a 24-hour news channel), two AM and another FM radio station, the largest cable company with presence in several districts in Argentina, and the internet service provider Fibertel. In 2018, it “further consolidated its dominant position by merging with Telecom, a telecommunications company. The merger amounts to more than half of the market for broadband internet connections, and created the first company allowed to offer “quadruple play” (landline telephony, mobile telephony, cable, and online services),” explain researchers Eugenia Mitchelstein and Pablo Boczkowski.

It was precisely in the midst of a political dispute against media corporations in general, and Clarín in particular, that in 2009 Vice President Cristina Fernández de Kirchner’s administration pushed forward a bill aimed at reducing their dominance. The bill included stricter rules on media concentration and cross-ownership, and a ban on having a free-to-air channel and a cable TV station in the same area. However, the law was caught in a legal battle over its constitutionality and its application and for years there were no big changes on the issue. When Mauricio Macri’s pro-competition administration took over in 2015, some of the checks on media concentration were relaxed.

The bill also stipulated that a third of the spectrum should be reserved for non-commercial actors, which had been previously excluded since 1980 which resulted in a growing number of community radio stations that had been operating outside the law since the ‘80s.

The regulation is still in place, although it has not been a top priority for different administrations. Over the span of 2009-2015 “the nonprofit sector was the most delayed in the distribution” of licenses, according to Agustín Espada. A study conducted in 2019 found 289 alternative, community, or Indigenous-controlled media, a quarter of which operated in areas with less than 10,000 inhabitants. Among these, only 31% were operating in a fully legal way, with 34% with precarious and provisional permits (sometimes without authorization to broadcast), and 30% without a permit of any kind. More than half of those that started the process mentioned they experienced difficulties in trying to get a license.

Independent public service media (PSM) with a “non-market  model  of  accountability  to  the  public” are another common policy option to increase the range of voices. However, they have historically worked as state-administered outlets in Argentina, depending on the Executive Power and usually representing its views. The past few years have also seen a number of layoffs and a decrease in content production of PSM as part of government measures to reduce public spending.

Finally, there is no widespread subsidy or fund to ensure diversity in media content or consumption and the budgets that do exist have frequently become used for propaganda or assigned as a reward for media outlets favoring the official party. It was only in 2016 that Macri’s administration set some criteria for assigning these funds. However, these criteria have not escaped criticism, for example for being too difficult to meet, and contributing towards the concentration of these funds by encouraging advertising only in big media outlets.

Legislation is only the first step

“While media ownership is concentrated among large conglomerates that frequently favor a political grouping, Argentineans nevertheless enjoy a robust and lively media environment, and there is no official censorship,” summarizes the 2020 Freedom House report. News consumption remains high, although access is more often through online outlets and social media rather than traditional sources, which entails new policy discussions and debates.

Creating a more pluralist media system that nurtures democratic culture can be achieved through putting into action multiple simultaneous policies. The conundrum of failed media policies in Argentina puts pressure on legislators, regulators and public leaders: if regulation is to have meaningful impact, they need to find better strategies. Argentina’s discussion of media concentration provides some examples of what and what not to do. Thinking of legislation as an initial step that must be followed by meaningful implementation in line with the original goals could be the starting point in charting a more plural path forward.

Ariel Riera is Research and Impact Manager at Chequeado, an Argentina-based fact checking organisation. He completed a Master's degree at LSE in Media and Communication Governance in 2018.