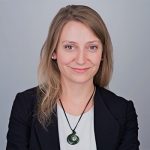 Last month, the UK Government published its much anticipated Online Safety Bill which aims to tackle ‘harmful’ content on social media and elsewhere online. Here Lexie Kirkconnell-Kawana, IMPRESS’s Head of Regulation, reviews the impact of the Government’s draft bill on journalism, press regulation and protection of the public from online harms.

On 12 May 2021, two years after the publication of its Online Harms White Paper, the Government published the Online Safety Bill, “a new regulatory framework to tackle harmful content online”. As demanded by many industry bodies, including IMPRESS, this draft includes exemptions for journalistic and news content from the broad statutory duties set out under the bill. But some fundamental questions remain.

As it starts to make its way through the legislative process, here are 5 issues that deserve the attention of news publishers and their readers.

Does this Bill introduce elements of statutory regulation of journalism “through the back door”?

For those concerned about the risks of statutory regulation of the press, this Bill should set off alarm bells. While it may appease parts of the industry whose commercial interests are not threatened by it, the Bill introduces new regulations that directly impact on the freedom of the press.

Ofcom (which currently regulates TV, radio and video on demand sectors in the UK) is the proposed regulator to enforce the online safety regulation. To do so, it will need to register all the entities in scope. It will be empowered to exempt news publishers from its statutory oversight by excluding them from this register, but only those who meet the statutory criteria of a ‘recognised news publisher’ will be excluded and will benefit from journalistic protections on platforms.

Plus, this Bill is not the only press regulation initiative on the horizon. The ICO will publish its Journalism Code in the Summer, and the Digital Markets Unit (DMU) will be created within the Competition and Markets Authority (CMA) to regulate the economic arrangements between news publishers and platforms.

Together, these interventions introduce elements of state regulation of the press through the backdoor, by requiring the government to define who is or isn’t a journalist, and what “journalism” and “journalist content” is for the purposes of legal benefits and sanctions.

The UK has an approved system of self-regulation of the press agreed by Parliament and enshrined in law by the Royal Charter on self-regulation of the press, open to all publishers, which already defines what a “recognised” news publisher looks like – or should look. So far, IMPRESS is the only press regulator to be approved in law and to be compliant with the recommendations of the Leveson Inquiry. Other unapproved industry bodies, such as IPSO, are also in place.

In this context, the Online Safety Bill text reads as problematically broad when it comes to defining ‘recognised news publishers’ who will be exempt from Ofcom’s oversight. There would be two different and competing definitions of news publishers under law. Any regulation of news in the digital space needs to properly account for the existing systems of law and regulation, to avoid overlaps, loopholes, and inconsistencies.

One perverse consequence is that one of these legal definitions of what a ‘recognised news publisher’ is sets a low bar for what is considered journalism online, by being too broad and not demanding real accountability and proven adherence to any recognised standards code, this opens the door to large amounts of content that in practice will remain completely unregulated, although they will still be greenlit as ‘news content’.

Many publications remain unregulated in the UK; this puts the public at risk

If the criteria for what amounts to journalism are too wide, publishers will be free to publish harmful content (broadly, where there is material risk of adverse psychological or physical impact on children, or people with certain characteristics – see pages 39-40 on the Bill for more detail), without any regulatory oversight. The proposed legislation does not address this risk. Rather, it entrenches it.

Empowered by this Bill, any bad faith actor could set up a news website tomorrow, publish their own code of conduct and complaints process and be exempt from any future legislation. This gives little to no protection to the public. Journalism should only be able to benefit from additional legal protections where it is publicly accountable.

Platforms host and moderate huge amounts of journalism, and they are a largely preferred way accessing news, especially for under 35 year-olds (Digital News Report 2020, RISJ). This Bill entrenches platforms’ right to surface, supress or take down that journalism. While the Bill creates a set of duties for platforms with respect to journalistic content, a) it is only with respect to those who meet the “recognised news publishers” definition; and b) they are only required to have “due regard” to the freedom of expression when making those censorious decisions. This gives private corporations a “de facto” role in law to regulate journalism.

Freelancers, citizen journalists, and independent journalists are not going to be protected by this duty. While recognised news publishers will be able to appeal platforms’ decisions and raise super-complaints to Ofcom, we are concerned about journalists’ capacity (with limited time and resources already under hostile working conditions) to raise cases with platforms and government regulators to have their free speech rights be affirmed.

Many news publishers look and act like platforms, as they facilitate user engagement on their websites by allowing users to post comments and interact with each other.

But unregulated flows of user interactions can manifest in a wide range of harms: comment sections on news sites can contain misinformation, disinformation, hate speech and abuse. However, this is not addressed in the draft Bill text. The Bill creates one rule for audiences interacting on news websites, and a very different rule for audiences interacting on social media platforms.

User-generated content (UGC) is covered by the IMPRESS regulatory scheme for participating publishers. When IMPRESS receives a complaint about UGC on one of the news sites it regulates, we assess whether the publisher moderates that content. If they do not, this can be addressed by the independent backstop that IMPRESS regulation provides. This is an important added layer of protection for readers.

But this Bill empowers unregulated news publishers to leave harmful content up online, unchecked, without recourse. This provides no protection if a news site chooses not to join a regulator or is not subject to any other system of independent oversight.

Many will agree that it is good news that more regulation is coming to the digital space. And it is good news that exemptions exist for journalistic content. However, the definition and implementation of this exemption needs to be reviewed. The Government must ensure that there is challenging debate at Select Committee stage and in Parliament to resolve perverse consequences and ensure robust protections are put in place for the public. We intend to recommend to Government that more robust requirements are put in place if news publishers are to benefit from a legal exemption, and to ensure that the freedoms of the press and the rights of the public are better preserved.

Lexie Kirkconnell-Kawana, Head of Regulation at approved press regulator IMPRESS, is a New Zealand qualified barrister and solicitor who has worked in all forms of media regulation. She has previously worked at the Advertising Standards Authority in the investigations team and at the New Zealand Office of Film and Literature Classification, an independent state media regulator, in a research and semi-judicial capacity.