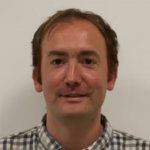 Stephen Cushion, Professor at Cardiff School of Journalism, Media and Culture, at Cardiff University, explains just how different the media landscape is in Russia in comparison to that of many western countries, and the implications of this.

Many western countries have a wide range of news sources that are free from direct government interference. From the development of multi-channel television, rolling 24-hour news journalism, to the ever-expanding choice, immediacy and reach of online and social media, the infrastructure of western national media systems makes it hard for states to seize control of the news agenda. But this may have led many people in the west to underestimate the power of Russia’s state-controlled media.

Academics have even begun to talk about a post-broadcasting age, driven by digital media that will soon replace rather than supplement television viewing. In this new communications environment, audiences are often celebrated for being savvy and active – and able to resist media power and influence.

But in Russia, with a state-controlled information environment and limited access to independent journalism, the digital age of communications has not delivered the kind of freedoms associated with 21st-century western media.

Russian state TV claims webcams show a "normal day" in Ukraine & western media reports are "hysteria."
"Kyiv now. Clear skies, empty. You can see about the same picture in Kharkiv or for example in Sumy."
Doesn't mention the gunfire/artillery/rocket strikes filmed in all 3 cities pic.twitter.com/AjUjZgF5z6

As BBC News’s Moscow correspondent Steve Rosbenberg revealed six days into the invasion of Ukraine, Russian people’s reliance on state television appears to have influenced their response to warfare. He interviewed a Russian pensioner who depended on state TV to understand what is happening in the world and her response was chilling:

A lot of what they say on TV, it’s truth. It’s true… You know, when I read in a foreign newspaper that Russians bomb Kharkiv and so on, I know that it’s not true because they promised not to do this and they will never do this.

In another BBC story, it was reported that Oleksandra, a young Russian woman living in Kharkiv, called her mother in Moscow to tell her the city was under heavy artillery attack, and that Ukrainian civilians were being killed. But her response was it had probably happened by accident because the Russian military would not deliberately target civilians. According to Oleksandra, her “mum exactly quoted Russian TV. They are just brainwashing people. And people trust them”. Interviews with ordinary Russians on the streets also reinforce Putin’s narrative and justification for warfare.

Everyone I spoke to in this town told me about their love of Ukraine. How it was for their benefit that Russia had gone in. How they needed to be saved from nazis and fascists. This wasn’t idle repetition of government propaganda: they truly believe it. https://t.co/YSwbRhZe0z

This unquestioning faith in Russian state media and, by extension, Putin’s actions, has influenced public opinion over many years. Of course, it is difficult to interpret how representative individual Russian testimony is without systematic polling of public opinion. Independent pre-war surveys have suggested Putin remains a popular leader because he is seen to represent and understand ordinary Russians, having rebuilt and stabilised the economy since the collapse of the Soviet Union.

The power of Russian state TV

Since the invasion of Ukraine, journalists across the western world have covered Putin’s unprovoked attack, reporting from basements and underground stations to not just cover Russian military atrocities, but to uncover and convey the devastating human impact.

By contrast, Russian state TV channels have all but blacked out the harsh realities of warfare and humanitarian catastrophe. As Feo Snagovsky – an assistant professor of political science at the University of Alberta – has observed, these are slickly produced newscasts where: “Correspondents don’t just read government talking points straight from the page … they make it seem like they’re considering “both sides” through brief clips of western politicians. However, inevitably these claims are ‘corrected’ by their own politicians.“

Of course, states have long tried to influence the media in times of conflict. Yet in today’s digital media environment it has become increasingly challenging to censor western media. But Russian authorities have tightly controlled Putin’s narrative by limiting people’s access to media that challenges his perspective and ensuring that state media closely follows the Kremlin’s script.

It's day four of the invasion of Ukraine and Russian state TV is still repeating this mantra:

"It was a difficult decision, but one that was entirely inevitable because there were simply no other options. It's important to realise that" pic.twitter.com/vbOXml7HbY

Russian journalists are not reporting on a war, or even an invasion or attack. The state requires them to label it a “special operation”, designed to protect the country’s security in the face of an expanding Nato alliance. Any news organisations deviating from the government’s playbook have been ordered to close by Russian authorities.

Meanwhile, access to independent sources of news online and across social media platforms have been significantly cut off by the Russian government. And new legislation has been passed that allows the Russian authorities to jail anyone reporting what they determine to be “fake news” about what is happening in Ukraine.

Many people’s often sole reliance on Russian state television has shaped an ideological view of the world that is divorced from many of the realities of Putin’s authoritarian governance. Putin’s international conflicts – including warfare in nearby Chechnya and Crimea – have been largely sanitised in Russia media with any public or media opposition swiftly suppressed.

"Our guys are trying to hold talks with the nationalists about organising two humanitarian corridors for civilians to leave Mariupol. But unfortunately the Ukrainian Nazis are refusing to let people out of the city" pic.twitter.com/FsH15lPfLH

But how long Putin can control the narrative of his “special operation” remains to be seen. Once the west’s sanctions begin to hit ordinary Russians and their social and cultural isolation from the world cuts through, they may want to search for themselves a new reality independent of state media.

This article is republished from The Conversation under a Creative Commons license. Read the original article. This article gives the views of the author and does not represent the position of the Media@LSE blog, nor of the London School of Economics and Political Science. For commentary from LSE experts on the unfolding situation in Ukraine, please see here.

Dr Stephen Cushion is a professor at Cardiff University School of Journalism, Media and Culture. He is the Director of Research Development and Environment at the Cardiff School of Journalism, Media and Culture and is on the school's SMT (senior management team), the REF 2021 committee and is leading a REF impact 2021 case study. He is the former PGR director at JOMEC (2017-2019). 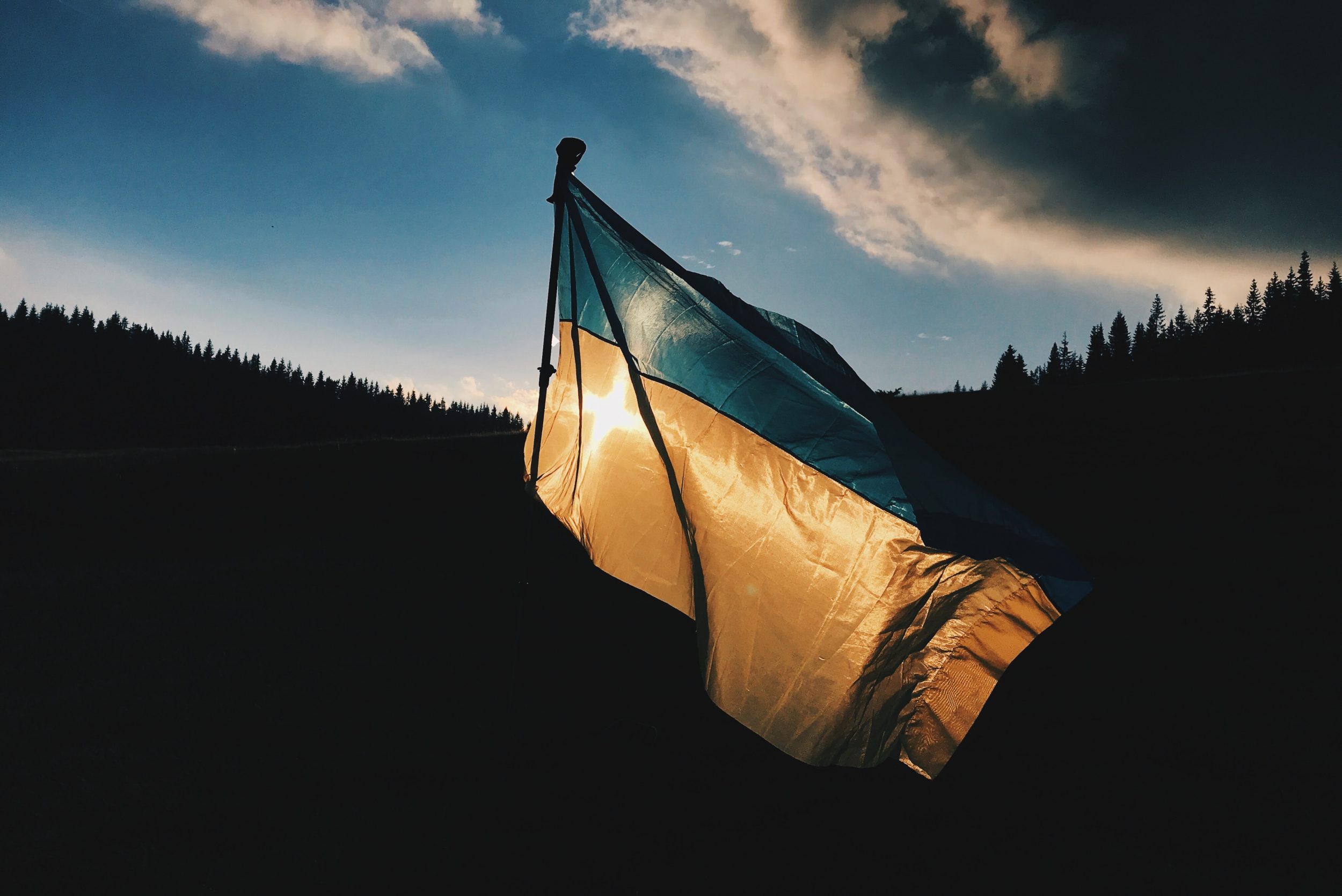 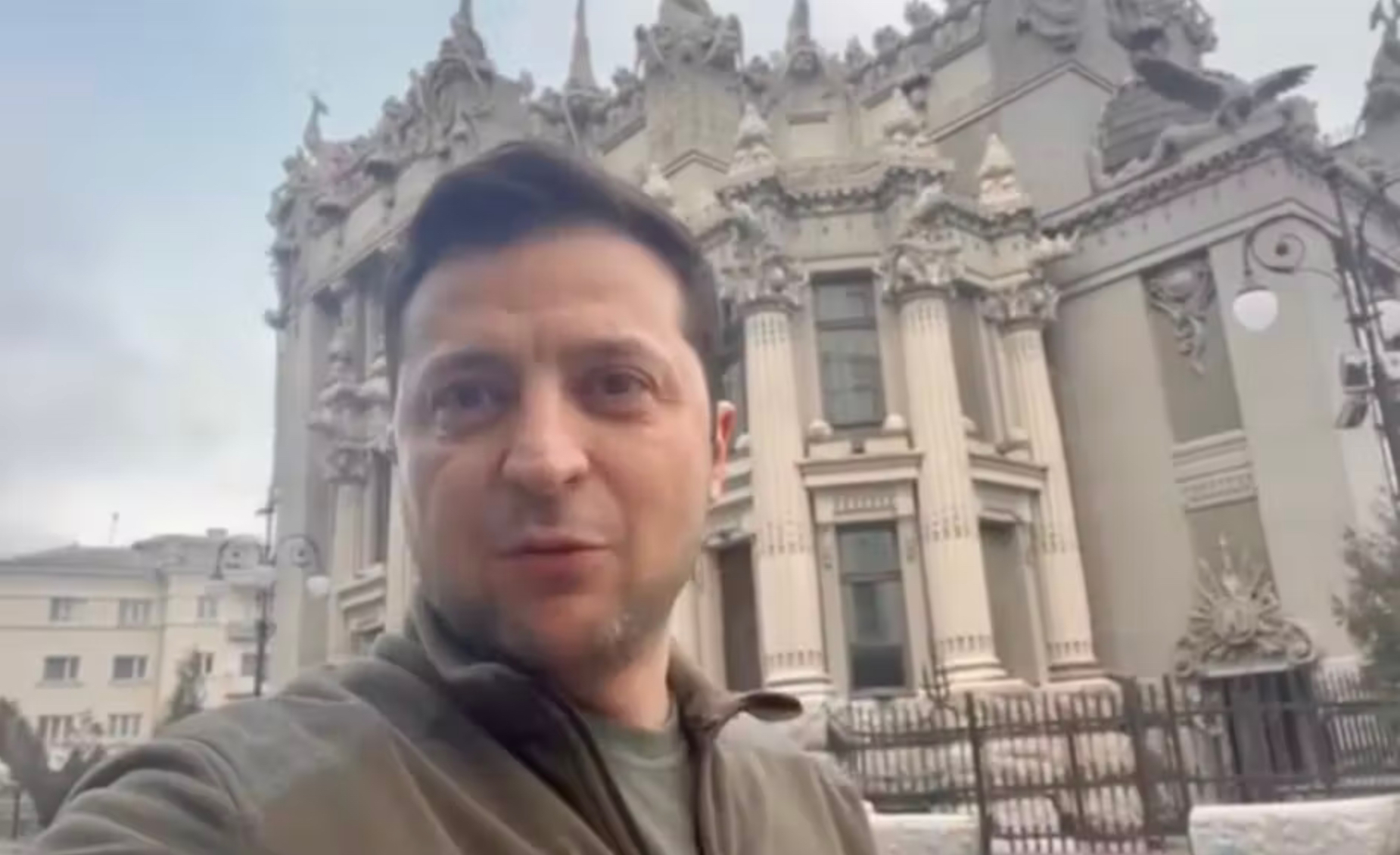 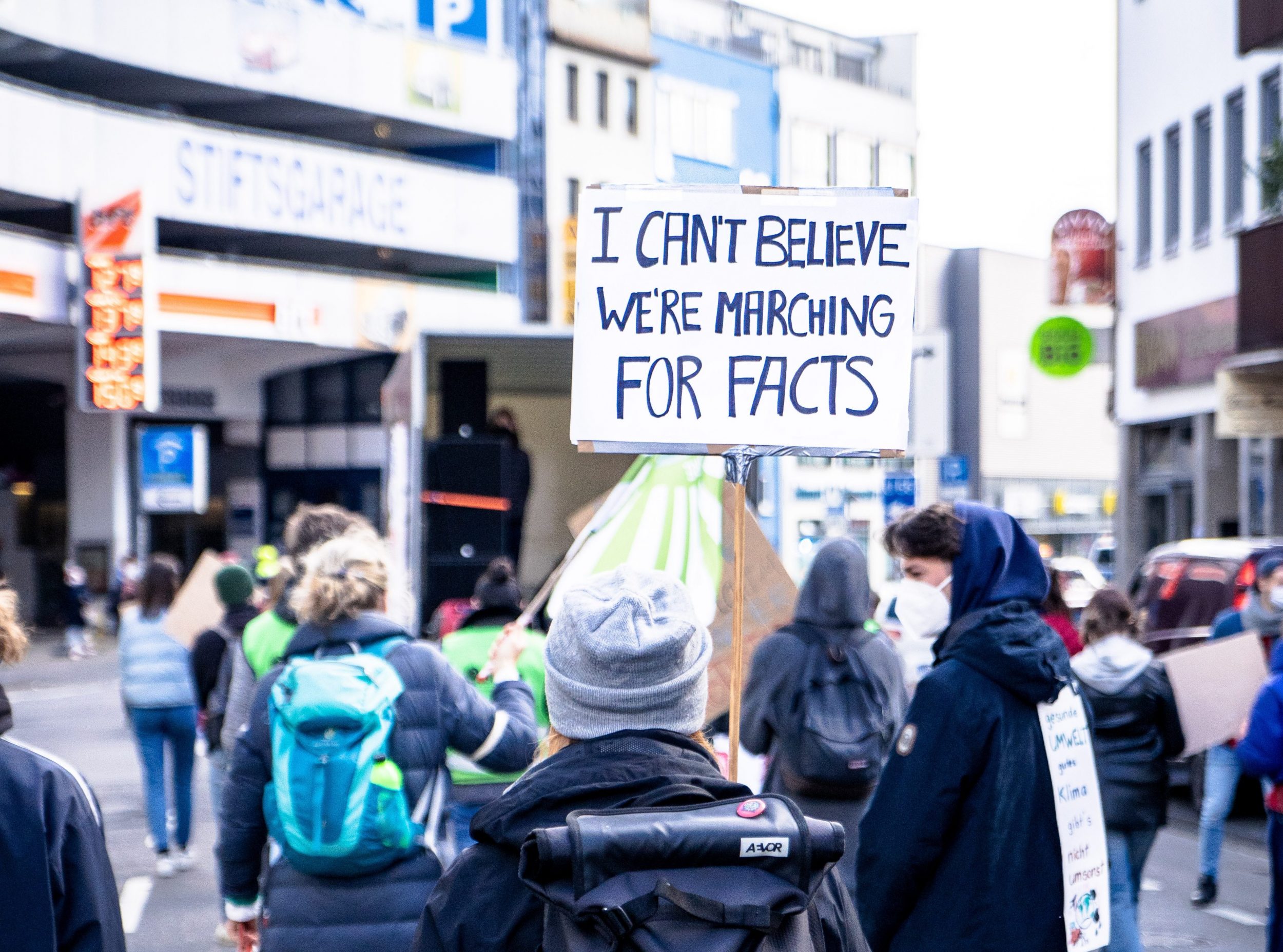 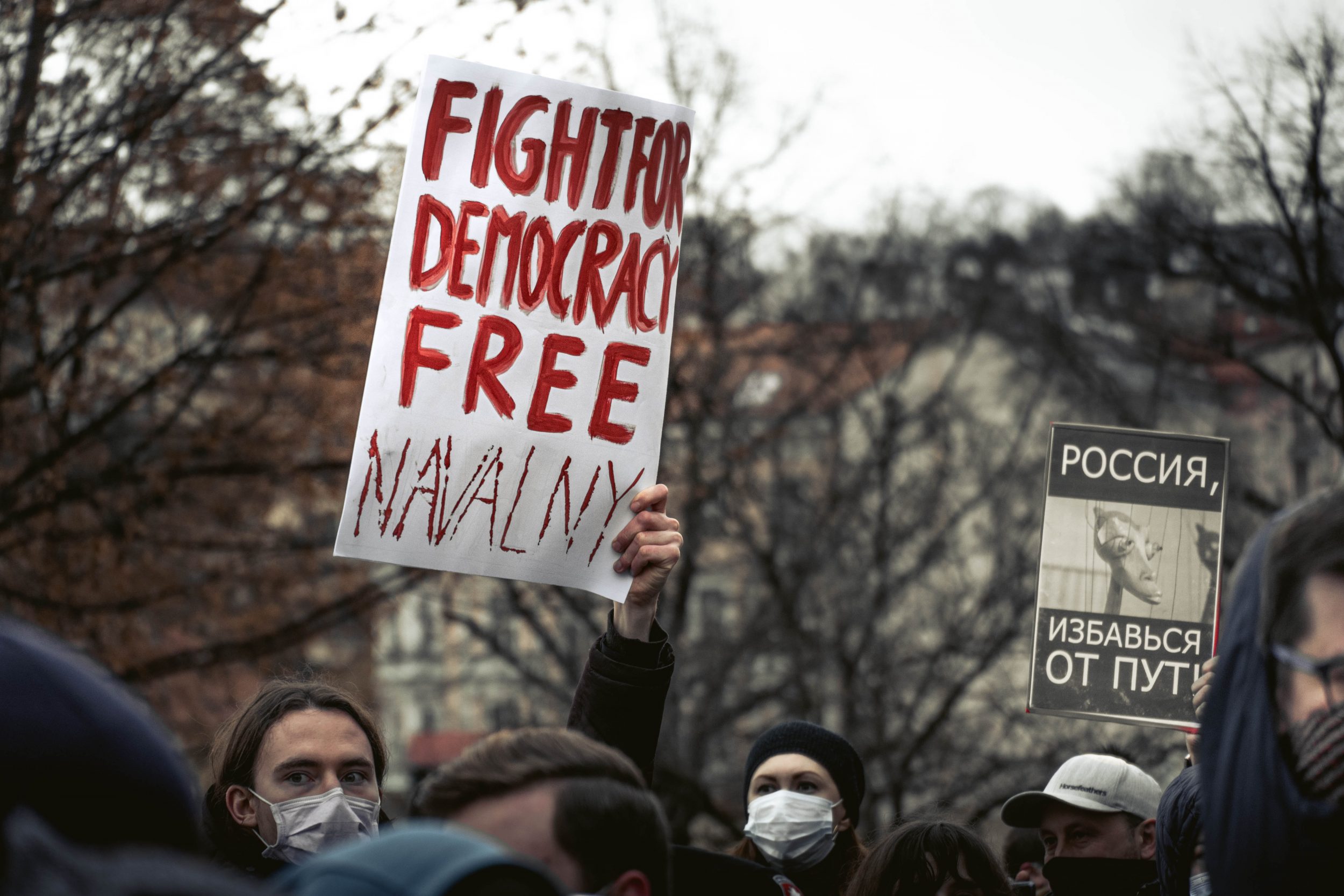