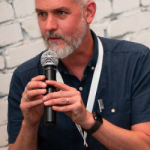 Bournemouth’s Professor Julian McDougall, head of the university’s Centre for Excellence in Media Practice, assesses the findings and recommendations of a report from the All-Party Parliamentary Group on Media Literacy, which calls for a new Media Literacy Education Bill.

In late March, I attended and wrote about a Westminster Forum web event on Next steps for tackling fake news and improving media literacy. There, LSE’s Sonia Livingstone reminded attendees of the fluid and dynamic nature of media literacy and the need for it to facilitate deeper, critical understanding of media as opposed to what I call a solutionist rhetoric. Sonia lamented the absence of a shared evaluation framework, citing a recent study by her LSE colleague Lee Edwards and also stressing her concern, shared by all of us working in media education, that the UK Government’s Online Safety Bill is largely ignoring education. Addressing the ‘information disorder’ requires not just regulation and online resources but, as I will discuss here, a clear educational policy.

In April, the All-Party Parliamentary Group (APPG) on Media Literacy published a report into the media literacy landscape in England, which concludes by recommending a new Media Literacy Education Bill as an urgent priority for government:

However, the context for this is important, lest we raise our hopes too high, too soon. An APPG is an informal cross-party coalition of back-bench MPs and Lords who look into a policy issue and make recommendations to government but have no official status within parliament, and this might be why no mention was made of this work at the forum event, and also why it might not go further. We shall see.

The APPG’s document assesses teachers’ perceptions of students’ media literacy, with 52% judging this to be lacking in their students, and reporting that only 7% of schools consider media literacy to be a part of their citizenship curriculum. The group conclude with a set of recommendations, motivated through this new Media Literacy Education Bill, along with a media literacy lead in every school to oversee the integration of media literacy into the national curriculum.

In the detail of the report, the APPG has identified the problems we in the media education community have long been aware of. These include the small numbers of students taking GCSE Media Studies (around 20,000) and the absence of media literacy in the citizenship curriculum. The relationship between these domains has been assessed in depth by Gianfranco Polizzi on this blog.

But – bizarrely, in my view – the recommendation is for both the GCSE Media Studies learning objective for students to “develop and apply their understanding of the media through both analysing and producing media products” and the Key Stage 4 element of Computing which aims to “develop their capability, creativity and knowledge in digital media” to be located instead in the English curriculum. How English itself would need to be reformed to accommodate this is not within the scope of the report which recommends:

Integrate core online media literacy skills such as fact- checking, the creation of digital media and the concepts of disinformation, misinformation and malinformation within the English national curriculum and differentiate these skills for learners of all ages.

A better plan would be to reform the Media Studies curriculum to be more directly aligned with the imperatives of media literacy in the digital ecosystem and make this a mandatory subject in every school.

Otherwise, there is an inherent contradiction in, at the same time, finally recognising the urgent vitality of media literacy for every child in every school whilst hiding it away within English. The problematic cultural politics with regard to integrating media within English have been addressed more than once, most recently here by Steve Connolly.

The report’s diagnoses are important and sobering, but hardly surprising. The impact of the DfE’s non-statutory guidance on misinformation is minimal – 47% of teachers had not heard of it, only 14% of schools have implemented the recommendations. The new Online Media Literacy Strategy, with its allocation of funding to the stakeholders identified by the mapping exercise, and education, online safety bill and proposed legislation are included in the APPG report, but with no clear sense of any of this being ‘joined up’ with the recommendations here for education.

The key recommendation is for this new Media Literacy Education Bill to update the curriculum, as detailed above, but also:

The risks of solutionism

These proposed interventions in schools are situated as one part of a broader ‘pathway to building stronger disinformation resilience’. The solutionist rhetoric is, of course, another case of starting out from the wrong place.

As David Buckingham wrote in 2017 about the idea that media literacy is the answer to ‘fake news’:

This argument clearly frames media literacy as a protectionist enterprise, a kind of prophylactic. It oversimplifies the problem it purports to address, overstates the influence of media on young people and underestimates the complexity of media education.

This has been also argued, from an evidence base of decades of research, by myself and many others such as Sonia Livingstone, Steve Connolly and the Media Education Association, our own work in CEMP.

Although there is reference to creative engagement with media and critical reading of media in the broader sense in the report, media literacy tends to be seen – as it does in the existing government strategy – as focussed on the internet and resilience to misinformation as an ‘online harm’, as opposed to the more holistic, agentive and dynamic approach to the uses of media literacy for positive change, which the research and education communities argue for, along with UNESCO, based on decades of research. This latter approach addresses the paradox that unhealthy media ecosystems are not caused by a lack of media literacies so much as the toxic uses of them.

We can lament the lack of joined up thinking, the absence of any known, meaningful consultation with media literacy research communities and the way that the reductive and protectionist, regulatory framing of the online media literacy strategy will most likely be repeated here.  But to conclude, the core finding – that UK schools are not educating children to engage critically with media – is right, and welcome. Likewise, the core recommendation – that every school should be mandated to educate children about media. And there is no argument whatsoever against the introduction of a Media Literacy Education Bill and the things it would mobilise – teacher training, a resource toolkit and the inclusion of media literacy in how schools are assessed.

However, whether this happens within English (as proposed), through a new Media Literacy subject and qualification or through a reform of what is already there (making Media Studies a mandatory subject) is very important. To advise government on the urgency of tasking the DfE with the implementation of a Media Literacy Education bill whilst at the same time hiding the teaching and learning of media literacy away within English, is contradictory. Media literacy needs to be learned by every child in school as a core, discrete curriculum. This would be welcomed by parents, students themselves and the majority of school leaders, I am sure. Anything less is a missed opportunity.

Julian McDougall is Professor in Media and Education at Bournemouth University, Head of the Centre for Excellence in Media Practice and Principal Fellow of Advance HE. He runs the Professional Doctorate (Ed D) in Creative and Media Education at Bournemouth University and convenes the annual International Media Education Summit. He is co-editor of the Journal of Media Literacy Education and Routledge Research in Media Literacy and Education. In the fields of education, media literacy, media, communications and cultural studies, he is author / editor of a wide range of books, articles, chapters and research reports and has provided numerous research projects for research councils, media industry, charities and non-profit organisations.