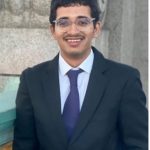 LSE MSc candidate Kalrav Joshi writes about state harassment of journalists in what he describes as post-truth India.

Franklin D. Roosevelt famously and passionately argued, ‘The only thing we have to fear is fear itself.’ In post-truth India under Prime Minister Narendra Modi, the space for a functioning democracy is shrinking and misinformation and disinformation are all-pervasive, critics argue. It seems Roosevelt is not only challenged but invariably proven wrong—as journalists in a post-truth world are increasingly harassed, humiliated and terrorised for calling out the lies of those in power using limited resources with no certainty when they will be booked next. In distinctly chilling ways, time and again, journalists have been reminded: to be fearful of the majoritarian state.

On June 26, before meeting with other world leaders at the G7 summit in Germany, Modi signed the ‘2022 Resilient Democracies Statement’ and emphasised the importance of freedom of expression. In his address, Modi—perhaps quite rightly—also recalled the Emergency, a twenty-one-month-long dictatorship that remains a ‘black spot’ on India’s ‘vibrant democracy.’ He further concluded that the efforts to crush democracy were a thing of the past while India today is ‘the mother of democracy.’ The irony of invoking the best practices of democracy in India was not lost when he and his government asked Twitter India’s arm to take down tweets by US-government funded non-profit Freedom House, which said India blocks the internet. The twenty-three long days of incarceration of Mohammed Zubair, renowned journalist and fact-checker, who relentlessly exposes misinformation, disinformation and fake news and hate machinery, is the latest travesty in ‘New India.’

Mohammad Zubair is the co-founder of the Alt News fact-checking site and an expert at digital forensics known for researching the origins of unknown images and videos, which are often exposed as misinformation and disinformation around religion and caste, and unscientific myths. He faced police action as a result of a 2018 tweet that contained a still image of a popular comedy film from 1983, after a complaint  was registered from an almost inactive, anonymous Twitter handle called ‘Hanuman Bhakt’ (meaning worshipper of the Hindu deity Hanuman), asserting that the image constituted a “direct insult” to Hindus. Interestingly, in the almost four decades since this film was released, no complaints about it proving offensive to any religions were made.

As The Wire investigated, his arrest was targeted by thousands of accounts of the Tek Fog network and hundreds of bot accounts affiliated with Vikash Ahir, state president of the Hindu Yuva Vahini and co-convenor of the Bharatiya Janata Yuva Morcha in Gujarat and the man responsible for targeting him. Both of these organisations are linked to India’s ruling Bharatiya Janata Party (BJP).

The timing and motive behind his arrest were clear, as critics observed: state-sponsored intimidation for publicising hateful comments made by prominent BJP officials. According to his associates, his arrest was in the act of revenge for his extensively shared tweet pointing out the toxic video of a debate on a national English language news channel Times Now in May, highlighting national BJP spokesperson Nupur Sharma‘s hateful remarks against Prophet Mohammad. As seen from his viral tweet, the purpose was solely to call out the news channel for peddling hatred on primetime TV, with a pro-government slant.

Zubair’s tweet was widely noticed, leading to a major diplomatic row. Seven countries, including oil-rich nations of the Middle East, lodged strong protests with India, with some even demanding a public apology. The outrage forced the BJP to suspend Nupur Sharma. In the month since, BJP-linked Hindutva trolls weaponised Twitter—and the law—seeking retribution against Zubair, with hashtags such as #arrestzubair trending. This absurd theatre drew its legitimacy from trolls, soon translating into chilling reality: lodging multiple cases against him in different cities on flimsy charges and resurrecting old cases, most of which related to his work on fact-checking and documenting hate speech.

Law a tool of harassment?

Upholding the ideals of the constitution in a democracy, the Supreme Court of India granted interim bail in all the cases and berated the state police of Uttar Pradesh (UP), a BJP-ruled state, for relentlessly employing the machinery of criminal justice and reminding that the criminal law and its processes ought not to be instrumentalised as a tool of harassment. Whether it is the attempt by the state (Uttar Pradesh) police to restrain Zubair from tweeting as the bail condition or the sudden appearance of the Solicitor-General in a lower court to argue for the denial of his bail, it is evident how threatened government(s)—and its ecosystem—are by journalists and fact-checkers. They are considered a significant threat to the dominant narrative of the state, as they continuously debunk misinformation which is often used as a tool to polarise society and rake nationalist sentiments, and question the project of controlling the information, which is at the heart of the flourishing of the post-truth world.

As the Chinese proverb argues, one can seek truth from facts. The need, urgency and importance of truth-seeking are more than ever, even if that happens from small websites (like Alt News), as political sociologist Christophe Jaffrelot elaborates. When fictional realities increasingly dominate the public discourse for a shared political impulse and to feed the political agendas, religious dogmas and jingoistic sentiments, fact-checking websites are essential in combating fake news, propaganda, and misinformation on digital platforms since they are the repositories of verified information and facts. At a time when there is hollowing out of the idea of truth, backed by state-sponsored nationalist agendas which push to allow myths as ‘true history,’ facts are the only tenacious warriors, as they help us move closer to truth and, thereby, justice.

While misinformation is a global challenge, it is significantly embedded into the ruling BJP party’s communications and further compounded by state-generated disinformation. An average Indian media consumer is bombarded with false information as the mainstream media is often an agent, sometimes even an enabler, in uncritically disseminating false narratives and engaging in polarised partisan debates, often susceptible for monetary reasons. Social media spaces have significantly contributed to Hindu radicalisation and anti-Muslim hate, one of the BJP’s ideological foundations. According to Zubair, one of the reasons behind his target was his identity and religion (Muslim).

Hatred—bigoted or expedient or both—is not new. However, the capitalist social media platforms—like WhatsApp, Facebook, and Twitter in particular—are host to this hatred and misinformation, as they have made almost negligible efforts to curtail it. An NGO called the Association of a Billion Minds was the subject of a thorough inquiry, and it emerged that in addition to advising Amit Shah, the current Home Minister of India, on recommending candidates for elections, it also engaged in significant online propaganda and creation of fake news sites.

Here, the larger purpose of the state is to capture and control the flow of information, an important aspect where there is not enough space for an individual voice and independent media, any consensus on the idea of the truth, or shared histories and lived realities. It echoes German political and legal theorist Carl Schmitt’s concept of political theology, where all powers ultimately flow from the sovereign and are governed by the principle of modern political order. Here, the sovereign decides the reality of truth and what constitutes truth: exercising control over spaces where truth is contested for modern political sovereignty.

Zubair is just one of a growing number of journalists, activists and dissenters who have faced judicial arbitrariness and state-sponsored intimidation. Whether it is the hounding of Siddique Kappan who was arrested for a news story he never wrote while on his way to Hathras in Uttar Pradesh to report on the horrific gang rape, or the prevention of Pulitzer Prize-winning journalist Sana Irshad Mattoo from Kashmir from travelling abroad, independent media organisations in Kashmir—and across the nation—are increasingly stopped from doing their work: reporting on the ground and demanding government accountability. The evidence keeps on mounting as journalists and editors are booked for speaking truth to power and asking questions.

In 2022 the Paris-based Reporters Without Borders noted that the freedom of the press in India has steadily declined, as India was ranked 150th out of 180 countries in the world press freedom index.

The fight against fake news, misinformation, and state-sponsored intimidation should be necessary not only to the media scholars but also to anyone interested in sustaining democracy, more so at a time when the backsliding of democracy is the new norm. The main challenge invariably lies in the solidarity of media professionals worldwide to raise red flags on misinformation and fake news, call out the humiliation of journalists, show solidarity (within and between countries) and come to a collective consensus to restore media freedom as a universal paradigm.

Kalrav Joshi is a candidate for an MSc in Media, Communication and Development in the Department of Media and Communications at LSE. He writes on a wide range of topics including, democracy, technology, politics, human rights, culture, education, society and art. His research interests include audiences, artificial intelligence in the future of news, development and social policy, international media and global south, social movements, alternative media and resistance, film theory and representation.

Posted In: Filtering and Censorship | Journalism 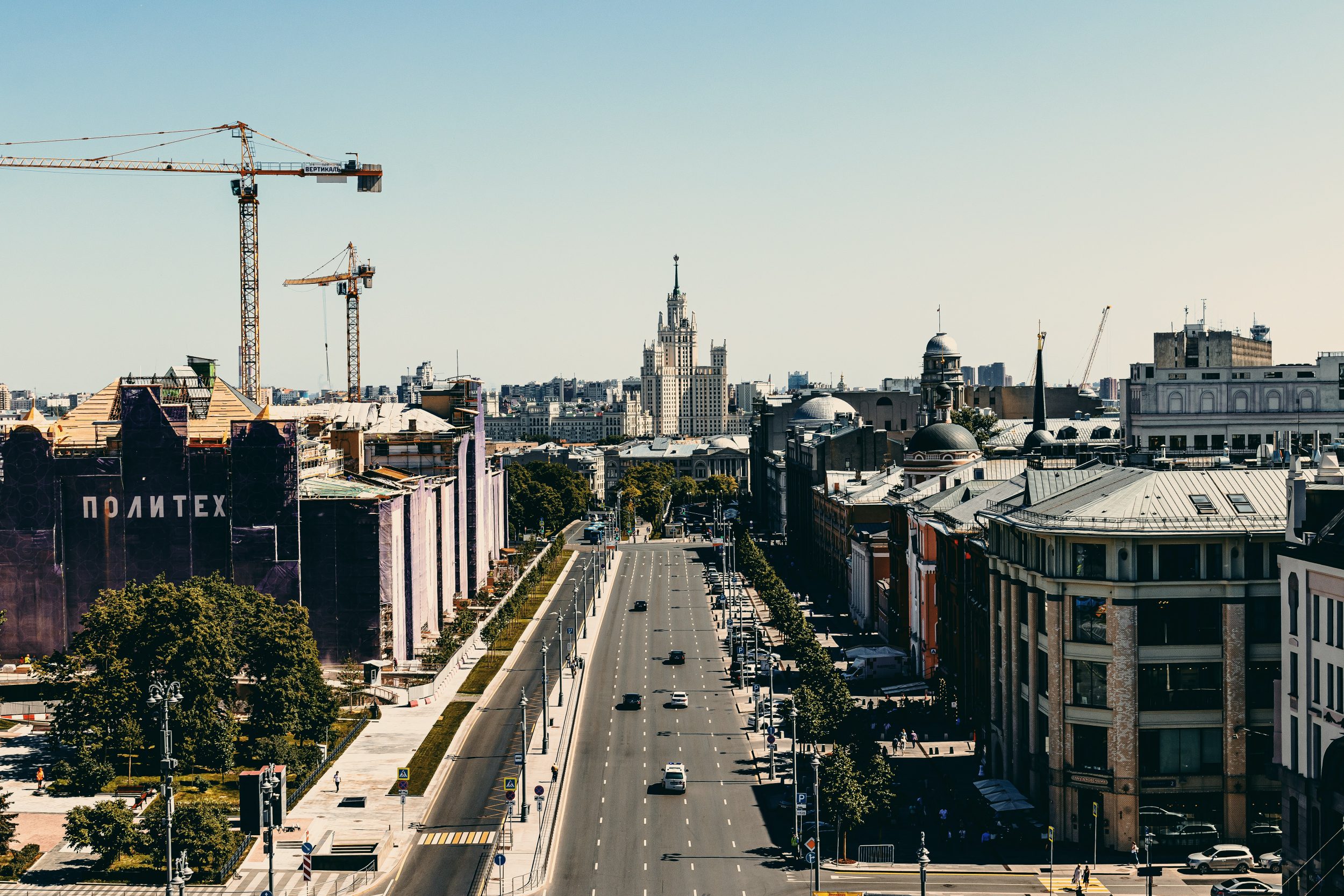 Why Propaganda Survives in the 21st Century: Eight Points about Russian Propaganda

Press freedom: how governments are using COVID as an excuse to crack down on the public’s right to know