The UK’s “misery index” reaches a two-decade high, there are jitters over Libya and the blogosphere reacts to Osborne’s budget: political blog round up for 19-25 March 2011

The UK’s “misery index” reaches a two-decade high, there are jitters over Libya and the blogosphere reacts to Osborne’s budget: political blog round up for 19-25 March 2011

The economy and the budget

Prior to the budget, The Coffee House suggests three principles that should underpin the Chancellor’s plans, Luciana Berger outlines three climate change tests and Rachel Reeves MP appeals for a credible and sustainable growth strategy.

However, Osborne has inflationary problems and Liberal Conspiracy wonders whether – much like the Christmas snow – this is in fact the wrong type of inflation for the Chancellor. The UK’s “misery index” also reaches a two decade high.

Thetorydiary lists the full gamut of budget announcements and also outlines the budget’s main arguments. Left Foot Forward points out the unfairness of Osborne’s tax cut, but Sunder Katwala argues that the Tories are well aware of this. Robert Peston argues that this was a budget for big business and The Coffee House suggests that Osborne presented some ‘softer’ cuts. Stephanie Flanders looks back over some previous budgets and concludes that this time micro trumped macro. Faisal Islam outlines ten “mammoth” implications of merging National Insurance with Income tax, while Left Foot Forward assesses the impact of the budget on jobs.

Labour List provides a full script of their budget day live blog. Thetorydiary rounds up some reaction from the right, as Michael White believes that there was little for the Liberal Democrats to cheer. Commenting on Ed Balls’ response to the Budget, Liberal Conspiracy believes that Labour were right to apologise for getting it wrong over bank regulation, but believe the party still lack bold ideas for the future. Labour List also shows support for Balls, warning that the country would have been in a much worse situation if Labour had listened to the Tories and cut regulation.

YouGov provides some information as to how the public received the budget and Political Betting observes that following the budget Labour’s rating is down and public trust for the coalition is up. Women’s Views on News comment on the negative consequences of the budget for women, specifically the lack of consideration of how to enable women to take up new jobs in the private sector and how cutting red tape can all too easily mean scaling back on equality.

Liberal Conspiracy provides arguments against bombing Libya and Labour List asks why Britain is at the forefront of the campaign. Michael White, by contrast, believes that British air strikes in Libya are necessary, but the cheerleading needs to stop. It seems clear that the crisis in Libya has re-framed the intervention debate, although there is still no clear end-game as The Coffee House talks war aims.

Towards the end of the week, jitters begin to seize the coalition reports Left Foot Forward, and as NATO takes command of the no-fly zone over Libya, The Staggers believes that confusion and uncertainty still plague the mission. Liberal Democrat Voice focuses on David Cameron’s lack of clarification over whether or not Colonel Gaddafi is a military target. Robert Peston wonders whether transparency kills despots.

Will Straw at Left Foot Forward suggests that childcare cuts could be the coalition’s 10p tax.

OpenDemocracy frets that the No campaign is leaving the Yes camp far behind, offering a useful comparison of their advertisement campaigns. Liberal Conspiracy warns those on the Left who oppose AV on the basis that it does not go far enough that failure will not breed future success for electoral reformers.

Eric Pickles’ desire to scrap the two-tier workforce code is a recipe for exploitation, according to Dave Prentis of UNISON.

Matt Zarb-Cousin at Labour List argues that Labour can’t be the party of SMEs whilst supporting the financial sector.

Labour Uncut looks forward to Ed Miliband’s speech at the March for the Alternative, but also outlines five compelling reasons why the Labour leader shouldn’t be so involved.

Political Scrapbook takes a closer look at how the polls are changing in favour of Ken Livingston now that the budget has been fully revealed.

EasyCouncils, Green Shoots and Radical Budgets: Top 5 blogs you might have missed this week 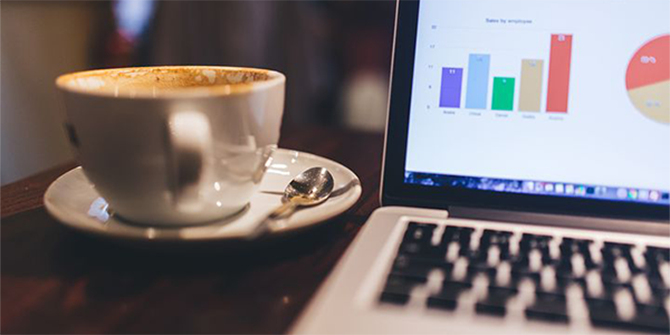