Rising inequality is one of the most salient issues in global and European politics. Guy Standing writes that what we have witnessed in recent decades is not simply an increase in inequality, but also the emergence of a new globalised class structure. A key component of this structure is what he terms ‘The Precariat’: a new class comprising those who lack economic security and stable occupational identities, which has systematically been deprived of some of the fundamental rights afforded to citizens. He argues that a new ‘Precariat Charter’ is required to combat these insecurities, including provision for a basic income as a right of citizenship.

This article was originally published on our sister blog, EUROPP.

Next year is the 800th anniversary of the Magna Carta, the first class-based charter of liberties against the state. Today, we need a Precariat Charter to advance the rights of the precariat and substantially reduce the inequalities and insecurities in society. This is the theme of my new book, A Precariat Charter: From Denizens to Citizens (Bloomsbury).

The context is clear. We are in the midst of a Global Transformation, in which a globalised market system is under painful construction. In its dis-embedded phase, the transformation was dominated by the interests of financial capital, just as was Karl Polanyi’s Great Transformation. Inequalities multiplied, economic insecurity became pervasive. Above all, a new globalised class structure took shape. All economic and social analysis of the growth of inequality that ignores the class dimension is like trying to play Hamlet without the Prince.

The emerging mass class is the precariat, looking up in income terms to a tiny plutocracy-cum-oligarchy striding the world, manipulating democracy and raking in rental income, and looking up to the salariat between them, receiving more and more of its income from capital and the state. The old proletariat, the old working class in numerical decline is rapidly losing its labour securities and non-wage forms of economic security.

The precariat has distinctive relations of production (unstable labour, lack of occupational identity, a high ratio of work-for-labour to labour, and so on), distinctive relations of distribution (depending on money wages that are stagnant at best, and volatile as the norm, living on the edge of unsustainable debt), and distinctive relations to the state. This last aspect has received too little attention. The precariat is the first mass class in history that has been systematically losing the acquired rights of citizenship – civil, cultural, political, social and economic. The precariat consists of supplicants, being forced to beg for entitlements, being sanctioned without due process, being dependent on discretionary charity.

More and more people, not just migrants, are being converted into denizens, with a more limited range and depth of civil, cultural, social, political and economic rights. They are increasingly denied what Hannah Arendt called ‘the right to have rights’, the essence of proper citizenship.

This is key to understanding the precariat. Its essential character is being a supplicant, a beggar, pushed to rely on discretionary and conditional hand-outs from the state and by privatised agencies and charities operating on its behalf. For understanding the precariat, and the nature of class struggle to come, this supplicant status is more important than its insecure labour relations.

The precariat’s position must be understood in terms of the changing character of global capitalism and its underlying distribution system, something that Thomas Piketty did not address. In the 20th century, uniquely in human history, the distribution of income was primarily between capital and labour, between profits and wages, mediated by the state with its taxation, subsidies and benefits. The bargaining over the respective shares was won on points by the representatives of employees in the post-1945 period, but after the late 1970s was won decisively by capital. Everywhere the functional distribution of income became more unequal, with labour’s share of national income dropping dramatically, nowhere more so than the emerging market economies, including China most of all.

However, the key to understanding the challenge ahead is that two factors have changed the context completely. Historically speaking, from the 1980s onwards the labour supply to the global open labour market quadrupled, with all the newcomers being habituated to labouring at one-third or less of the median income of the workers in OECD countries. This led to the start of the Great Convergence. It was facilitated by the new technological revolution, which among other things allowed the corporation to unbundle, shifting production and tasks to wherever costs were lowest.

In this new context, rental income has become a major and growing component of total income. This is far more important than patrimonial capitalism, which Piketty identifies as the main feature of modern capitalism. Rent comes in several forms, notably by possession of so-called intellectual property, through patents, and through privileged possession of scarce commodities and natural resources. Last year was the first year in which over two million patents were registered, guaranteeing trillions of dollars to their owners stretching on average twenty years.

The rental economy extends all the way down to pay-day loans, whereby members of the precariat are exploited by disgustingly high interest rates, often exceeding 5,000 per cent. It includes the vast array of subsidies given by the state to corporations and the affluent in the salariat and elite.

What the precariat must demand now is little less than a new distribution system, not just a tinkering on marginal or average tax rates. Indeed, the weakest aspect of Piketty’s analysis is his prognosis. The likelihood of very high marginal direct tax rates is remote. Structural changes are required.

It wants to build a good society, resurrect a sense of “a future” and create institutional networks that would enable more and more to pursue a life of work, labour and leisure. That means building their own sense of occupation, in which ecological values of reproductive work predominate over the resource-depleting values of labour.

The assets that need to be redistributed are not like the old socialist project of a hundred years ago, when the proletariat was emerging as the mass class. The assets underpinning a Precariat Charter are basic security, control of time, quality space, education, financial knowledge and financial capital. A key demand is for moves towards the realisation of a basic income as a right of citizenship. Without basic security, none of us can be expected to be rational and socially responsible. Let us find ways of going on that road.

For a longer discussion of this topic, see Guy Standing’s latest book, A Precariat Charter: From Denizens to Citizens (Bloomsbury). A public free-entry book launch event will be held at the School of Oriental and African Studies, University of London, at 6PM on 6 May. 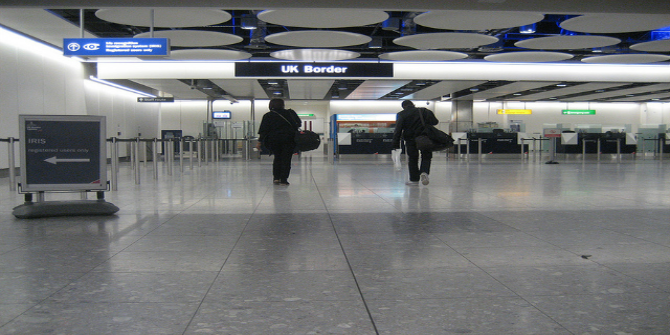