Removed from the experience of ordinary Britons, and having made no gesture to show her empathy with the nation’s difficulties, this is a monarch thumbing her nose at her subjects, writes Andrew Child. The monarchy is damaging to foreign policy, undermines the concept of aspiration in social mobility and is used as a puppet of our politicians.

As “the nation” apparently celebrates 60 years of the same unelected head of state – aka the Queen’s Diamond Jubilee – there’s every reason to argue that it’s time to abolish the monarchy. And there was every reason to protest at Elizabeth Windsor’s Thames Pageant on Sunday. We – the British people – can do so much better.

The easiest way to think about why we’d be better off without the monarchy is to ask a simple question: what has it ever done for us? To answer it I’m going to turn to the supporters of monarchy for assistance (It’s only fair in the interests of balance). I want to consider each of their arguments in turn and see what we’re left with.

The most-cited reason for supporting the monarchy is that they sum up who the British people are. They’re Britishness itself. This is an argument that was often deployed by the Daily Telegraph’s Peter Oborne during last year’s royal wedding “celebrations”. Really Peter? Because I went to a state comprehensive school and I rely on the National Health Service for my care. That’s a big part of who I am – and that’s a big part of the experience of the nation at large. The Windsors are however completely removed from that experience. I also live in multi-cultural Brixton in south-west London. And such diversity is now a big part of the British character. It’s often said that curry is as British as fish and chips or a Sunday roast. Few would disagree. The hereditary principle denies us the possibility that our head of state can ever reflect the experience of the many.

So how then is the Queen supposed to meaningfully speak for and represent the nation? Another prominent argument. Her background and lack of democratic legitimacy make this extremely difficult. This otherness is sometimes mistaken for impartiality. But she is anything but impartial. The queen is a monarchist, she is aristocrat-in-chief. She has a position and a narrow interest to defend. It’s hard to see how she can act in the interests of the nation.

But try she might. She might try to understand the current economic plight of the nation – a nation which is in the grip of a double dip recession and all that goes with it: cuts in public services, mass unemployment, depressed wages, a reduced standard of living, increasing inequality. But no words like recession and austerity have passed the lips of our head of state. We essentially hear from our head of state twice a year. Once is when she reads from a piece of paper which tells her and us what the government intends to legislate on. And again in the Queen’s Christmas message, when we are served up bland, platitudinous nonsense from which it’s hard to discern what century we’re living in.

Some would argue the position neither allows her to speak for herself or the nation. This is something to be debated. But the Queen could and should make a gesture to show that she understands the nation’s difficulties. That we are truly “all in this together”. But such as acknowledgement is painfully lacking. No offer to pay the same taxes as the rest of us. No offer to accept less money from the taxpayer for her official duties. Instead the Queen has struck a deal with parliament to replace the Civil List with the Sovereign Support Grant. A deal which massively boosts her official income. This is a monarch instead thumbing her nose at her subjects.

Another well-rehearsed argument is that the monarch somehow provides balance in our political system. That she is a check on our politicians. I’ve dealt with some of this already. But let’s get down to brass tacks. Our prime minister may be offered personal opinions at one of her weekly briefings at the palace or through a meeting of the Privy Council, but we’ve no idea what is said. They’re not opinions offered in the public realm. Because despite the monarchy being a public institution there’s no public scrutiny of it. It’s exempt from Freedom of Information legislation. And if our politicians misbehave – as they did quite astonishingly through their abuse of parliamentary expenses – it is they who call an inquiry in themselves.  The Queen does not hold them to account and she herself cannot be held to account. Discussion of royalty is banned by parliamentary rules. Furthermore the Queen is used as a puppet of politicians. Either to hide behind at times of unpopularity so as not to take ultimate responsibility. Or to rubber stamp their cronyism through our corrupt honours system. Politicians largely decide who get the gongs – big party donors and the like – and she hands them out.

What else? The Queen promotes Britain abroad. No-one else does pomp and ceremony like the Brits, goes the old cliche and our foreign friends apparently view it all with some envy. Now this I really do find offensive. The fact of the matter is that monarchy is extremely damaging to the effectiveness of our foreign policy. How on earth are we supposed to support the Arab Spring and foster the idea of greater democracy elsewhere in the world when we have such as imperfect democracy ourselves? By not electing our head of state? But it doesn’t stop there. Our Queen gives legitimacy to murderous dictators by inviting them to dine with her and celebrate 60 years on the throne. I speak principally of King Hamad of Bahrain and King Mswati of Swaziland. But also Saudi royals, who deny women basic rights and help crush democratic uprisings in neighbouring countries with military might. In these actions we see a monarch who has contempt not just for public opinion and democracy but for human rights. It’s no coincidence that the vast majority of the 54 Commonwealth nations are now republics. Hard to see the evidence of envy in that.

Then there’s the argument that monarchy provides stability and continuity. I won’t dignify this ridiculous proposition with a proper answer, other than to say that its a bit like making the case for not brushing the old cobwebs away during the spring clean.

Still, monarchists think they have a trump card. When all the other arguments have been quickly demolished – and I think I’ve shown that’s not hard – they say: “Well, at least they bring in the tourists. You can’t argue with that.” Well I do. And it’s an argument that even Britain’s main tourist body Visit Britain no longer makes, under pressure from republicans, because it’s logically threadbare. The history of our monarchy and the royal palaces may well be part of the reason some tourists come to Britain. But it’s quite obvious that it remains if we choose to become a republic. And there’s no reason to suppose that our republican constitution would deter visitors from exploring that history. Indeed there’s a perverse argument for saying we could better monetise that history under a republic. Versailles in republican France is in the world’s top 50 tourist destinations and receives six million visitors a year. In contrast Buckingham Palace, during its short summer opening, receives less than half a million. Go figure.

There really is no rational argument for monarchy. It serves very little purpose other than to help perpetuate an outmoded class system and to promote anti-aspiration at a time when Britain is the most unequal society it has been in the Queen’s 60 year reign. That lack of a rational argument tells me that the day when Britain becomes a republic is nearer than many think. And this despite a state which is geared towards bludgeoning its citizens into royal submission the moment they first enter the school gates. We have rational minds. We just need to use them.

Andrew Child is a director and spokesman for Republic, the campaign for a democratic alternative to the monarchy. He helped to organise the group’s Jubilee Protest which took place in London on Sunday, 3rd June and was billed as the largest republican demonstration of modern times. In the 90s Andrew studied politics at the University of Essex before embarking on a career in journalism which has included several different news editing roles at the Financial Times. He writes a regular republican blog called The Queen is Dead. 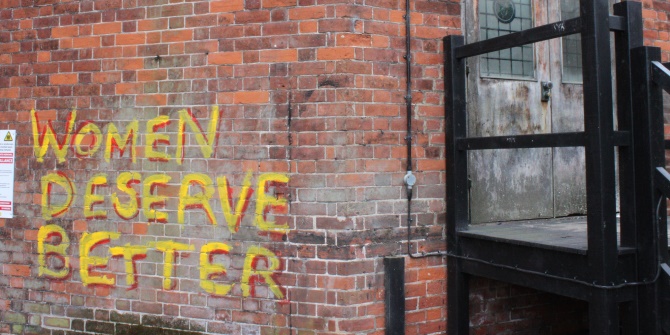