Before the elections to the Welsh Assembly last week, Steffan Evans outlined how housing might be a key policy area around which bridges could be built in the Senedd. With the results now confirmed, we know Labour will need to work with other parties, but what will be the biggest issues facing the First Minister Carwyn Jones when it comes to housing? A major policy test will almost certainly be provided by the new classification of social housing.

After all the campaigning, the people of the Wales woke up on the 6th of May to an Assembly that was not greatly different to the one that was in place the night before. With the exception of Leanne Wood’s stunning victory in the Rhondda, and the election of 7 UKIP Assembly members, election night in Wales was largely uneventful. At the final count, 29 Labour AMs were returned alongside 12 from Plaid Cymru, 11 Conservatives, 7 UKIP and 1 Liberal Democrat, meaning that Wales is set for a minority Labour Government once again.

As noted before the election, there was a great deal of common ground between Labour, Plaid Cymru and the Liberal Democrats’ manifestos, when it came to housing. Following Thursday’s results, we can now expect to see the “right to buy” abolished in Wales and a commitment to construct 20,000 social and affordable homes before the next elections in 2021. Housing will not be an entirely plain sailing policy area however.

On the 29th of March 2016 the Office for National Statistics (ONS) announced that it intended to undertake a review into the status of housing associations in Wales (officially known as Registered Social Landlords). This followed an ONS decision in the autumn to reclassify English housing associations (officially known as private providers of social housing) as Public Non-Financial Corporations for accounting purposes. This decision meant that, in effect, the reclassified English providers became part of the public sector, meaning that their borrowing, amounting to some £60 billion was transferred onto the public balance sheet.

The ONS reached its decision based on the degree of control exercised by the UK Government over the social housing sector, either directly by itself, or indirectly through the regulator, the Homes and Communities Agency. Amongst the controls cited by the ONS as those that had led it to its decision were the Government’s controls over the structure of providers, the Government’s controls over disposals and the Government’s powers over appointments. The UK Government will, through the Housing and Planning Bill, deregulate the sector, loosening such controls in an attempt to persuade the ONS to reverse its decision. Given the similarity between the Welsh Government’s powers and those cited by the ONS as being problematic in England, a Welsh reclassification appears likely when the ONS reports back this autumn.

The Welsh Government has been aware of this problem for some time. Whilst the ONS only announced at the tail end of March that it intended to conduct a review into the status of Welsh housing associations, reports appeared back in January suggesting that the Welsh Government were considering moves to deregulate the sector in Wales, in an attempt to pre-empt ONS reclassification. However, whilst it’s likely that the civil servants at Cathays Park have been hard at work trying to consider how they can avoid the same fate as their English counterparts, this is unlikely to have been an issue that appeared prominently on the radar of many politicians. With the European Union referendum set to dominate the headlines for the next month and a half, followed by the summer recess, the Welsh Government will be hard pressed to deregulate the sector in time to avoid reclassification.

A lack of time is not the only issue facing Carwyn Jones’ Government when it comes to enacting legislation on this matter. The focus placed by Welsh Labour, Plaid Cymru and the Liberal Democrats on social housing means that all three parties might well be reluctant to relinquish certain controls over the sector. In contrast to the Conservative Government in Westminster which has shown a limited commitment to social housing, the Welsh Government is likely to be far more supportive. As noted, the Welsh Government is likely to aim to construct 20,000 new social and affordable homes over the course of this Assembly. How willing will the new Welsh Government be to increase funding to the social housing sector on the one hand, whilst simultaneously reducing its control over the sector on the other?

The potential repercussions for the Welsh Government if it does not tackle this problem could be significant. Reclassification could have an impact on how Welsh housing associations can borrow money on the private market, which could then have a knock on impact on their ability to assist the Welsh Government in reaching their house building target. Furthermore, reclassification would, according to Inside Housing, add £2.3 billion of debt to the national accounts, opening up the possibility of the Westminster Government applying pressure to their Welsh counterparts to deregulate, so as to remove this sum from the balance book.

Given the fractious relationship that developed between both Governments over the course of the last Assembly, in particular the arguments that took place over what was devolved or not, the regulation of social housing could well provide an early, if somewhat unexpected test of the relationship between both Governments after the election. Whilst a minority Labour Government could well expect to find plenty of support from Plaid Cymru and Kirsty Williams, the remaining Liberal Democrat AM, for its housing policy, finding a solution to this rather technical, legal issue could well prove to be a more difficult legal challenge. How the Welsh Government decides to confront this challenge could well set the tone for how this new       minority Government operates.

Steffan Evans is a PhD candidate at Cardiff Law School. His research is supported by the Arts and Humanities Research Council and Blake Morgan LLP.  He tweets as @SteffHEvans.

‘The taxpayer’, being young in Briton and ‘Civic Capitalism’: Top 5 blogs you might have missed this week 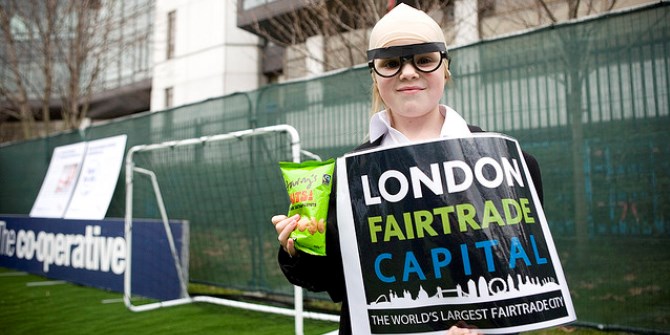