Rather than following other European countries in enforcing a very strict lockdown, the UK government chose to encourage people to self-isolate by stressing the cost to their lives and the NHS. It was effective – but now the message has been internalised, warns Tony Travers, it may prove difficult to persuade them to venture out again. Yet the cost to the economy is huge and Johnson faces extraordinary financial pressure.

Britain’s economy and political system will be profoundly affected by COVID-19. Decisions taken by governments during the crisis will be studied for years to come to assess which nation offered the best immediate health response combined with the smallest long-term impact on the economy.

The health and economic responses adopted by Boris Johnson’s government are mutually reinforcing. British politicians have stressed again and again that by staying at home people can both save lives and hasten the end of lockdown. The country must avoid a second wave of infections, since this would be likely to trigger a second lockdown. But there is a self-evident tension between protecting health in the short term and closing down the economy for any protracted period.

The UK government’s approach of using ‘soft’ lockdown rules coupled with ‘stay home to save the NHS’ messaging is notably different from that adopted by other European countries. The British health response has been passed through the lens of ‘protecting the NHS’ and, latterly, other essential workers. But when it comes to moving away from lockdown, as a number of other countries are now attempting to do, the UK’s approach may make release more challenging.

In effect, the government decided, for broadly libertarian reasons, to modify people’s feelings and emotions so as to encourage them to choose to self-isolate. In other countries the public were required to stay at home with the threat of state coercion, a rather different way of doing things. Getting people out of their homes and back to work may prove especially challenging in Britain, precisely because citizens have learned they need to remain at home to stay safe, protect NHS workers, and save lives.

Polling by Ipsos Mori suggests that the British are now least likely to agree that businesses should be reopened when compared with people in 14 other countries, including Germany, Italy, and France. The government’s messaging has worked well, though potentially at the cost of making it harder to step away from lockdown.

UK economic forecasters have gradually shifted from projections of only a mild economic lockdown-induced impact to far more dramatic ones. The idea of a single quarter GDP drop of 35 per cent would have been inconceivable two months ago, but that is the Office for Budget Responsibility’s expectation for the second quarter of 2020. More recently, the EY Item Club have suggested a return to 2019 GDP levels may take till 2023 at the earliest. A substantial rise in unemployment is the consensus view. Future forecasts will inevitably intensify pessimistic expectations.

Even when the current lockdown is replaced by a (partial) return to work, accompanied by social distancing, there will be ongoing economic and personal disruption. Service sectors such as restaurants, bars, hotels, tourism, sport and culture are unlikely to return to normal until a vaccine has been found and immunity guaranteed. Education will also face massive challenges. For a while, there will be few overseas visitors or students. Social distancing is the enemy of agglomeration, and thus productivity.

Looking ahead, not only will the British government face a deficit of £200-250bn in 2020-21, it will also see public debt levels rise to 120 or 130 per cent of GDP within a couple of years. Unhelpfully for Boris Johnson, COVID-19 and its consequences have come along at the very moment when a decade of post-banking crisis austerity had reached its zenith (or nadir, depending on how you see it).

So the consequences of COVID-19 come at a time when public spending on prisons, local government, justice and other ‘unprotected’ services is 20-30 per cent in real terms below 2010 levels. The NHS, given its totemic status during the crisis, will have to be given substantially more money to reward and prepare it for the next expected crisis. The railways have effectively been nationalised. The armed forces, police and other protective services are in line for more resources. Higher unemployment will push up social security spending. It appears that public expenditure will have to rise just as tax receipts fall for several years.

It is impossible to believe public spending cuts will provide an immediate solution to the problem of a, say, £250m deficit during 2020-21, followed by another one of, say, £150bn in 2021-22. Alternatives to renewed spending austerity include substantial tax rises, and/or the toleration of high levels of deficit/debt for many years, and/or the possibility of inflation to cut debt as a share of GDP.

Once the immediate health crisis has been dealt with, there will need to be an independent inquiry into the way the government handled COVID-19. The societal and economic impacts will exceed those of any event since 1945. The government’s preparedness for emergencies, the policies enacted, the suspension of civil liberties, the use of statistics and data, economic planning for recovery, the role of international co-operation and many other issues should be investigated. It will also be important to examine the role of Parliament and the media in holding the government to account during the period when emergency powers were in use.

The political language used during the COVID-19 pandemic in Britain has featured many references to people being ‘called up’ to the ‘front line’ and being provided with the ‘equipment to fight’ an ‘invisible enemy’. There are striking parallels for the UK between perceptions of the Second World War and the struggle to defeat COVID-19. Intriguingly, the period from 1939 to 1945 produced thinking which has influenced British public policy ever since. The Beveridge Report shaped the development of the welfare state, while the Abercrombie Plan laid out a future for post-war London.

After 1945, the UK also faced years of austerity with higher taxes and a need for economic reconstruction via state control and national economic planning. Boris Johnson may find that his experience as a post-COVID prime minister is closer to that of Clement Attlee than that of his wartime hero Winston Churchill.

The above was first published on LSE COVID-19. Featured image credit: Edward Howell on Unsplash.

Tony Travers is Professor in the Department of Government and Associate Dean in the School of Public Policy. 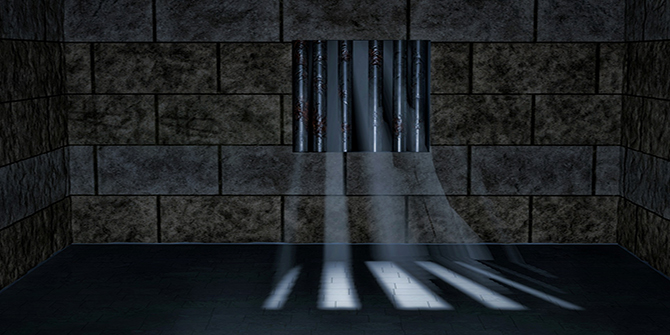