Alternative housing logics and forms of accommodation, Melissa Fernández argues, can provide London with a partial solution to its housing supply crisis, but their individual contexts, prospects and constraints within the capital city need to be better known and understood. A new project by LSE London will be exploring this (and another three key topics) through a series of events, site visits and publications over the coming year.

Could alternative housing be the answer to London’s housing crisis? This question was raised at the recent launch of LSE London’s new yearlong project– Housing in London: Addressing the Supply Crisis, of which alternative housing is one of four key themes. Concerned with the city’s shortage of housing supply and with the highly polarised debates that have emerged around this issue, we wanted to inform some of those controversies and open up a conversation. While the project’s other three ‘hot’ topics — planning, private renting and foreign money — are all very high on the political agenda, rather less attention has been paid to some promising housing practices in the capital city. This probably reflects widespread lack of knowledge about what they actually are and do—along with their prospects and constraints.

The term ‘alternative housing’ can refer to a number of economic, social or material practices involved in the design and provision of accommodation. We categorise this rather large field in two ways: first, there are experimental schemes that respond to intentional lifestyle choices, where residents are motivated by a commitment to community-driven, participative or self-managed forms of housing (e.g., co-housing); second, there are a range of material and technological innovations that can improve the form, quality and future sustainability of supply (e.g, ‘flat-pack’ housing).

The difference between these two categories is not always clear-cut. Some types of housing (e.g., eco-housing) belong to both categories. ‘Live-work’ arrangements, on the other hand, can be considered materially alternative but socially mainstream. Most live-work units are dedicated, usually temporary living spaces for creative types (e.g., see HWFI live-work collectives and a critique of these ‘creative ghettos’). But combining workplace and dwelling – what Frances Hollis calls ‘workhome’ – is not limited to unique converted factories or lofts; in fact, this normal, age-old practice takes place all over London in regular residential stock as well.

At our launch event, many in the audience felt that alternative housing was a fun niche, but too marginal or radical to offer a serious solution to the housing supply crisis. Because it is often tied to utopian or ideological commitments, it can seem too unusual or offbeat for ‘regular’ folk. Even those who had experience with cooperative forms of living expressed scepticism about its mainstream or ‘scalable’ potential. These doubts are not surprising—but it is perhaps ironic that there was not equal pessimism about fixing the traditional housing-market mechanisms that had served many people so badly.

There was, however, a recognition that self-build initiatives had begun to attract political support–certainly more support than other alternative options. As one respondent put it, they are ‘a useful addition that should be enabled’. And there has been a surge of new instruments and mechanisms attempting to do just that. An All-Party Parliamentary Group on Self-Build, Custom-Build and Independent Housebuilding has been formed, and a Private Member’s Bill on the same topic will soon be debated in Parliament.

The DCLG and GLA have implemented a variety of measures, which individually may seem minor, but taken together begin to look like they could increase the amount of custom build in the UK. Measures include:

A ‘new model of eco-homes’[prefabricated off-site passive house construction] techniques has been adopted in Rainham, and a new Housing Zone prospectus is emphasising the use of innovative techniques, off–site construction and custom build.

This flurry of activity is undoubtedly welcome. But no amount of policy work will matter if self-assembled groups cannot begin to compete on a level playing field with larger housing developers. And this recent popularity must be seen within a wider context: first, self-build chimes with the policies of austerity and localism, as ‘community-driven’ initiatives appear to be less costly to local authorities. Senior co-housing schemes in particular are seen as addressing over-occupation by encouraging older people to down-size, as well as potentially minimising future local authority care costs. In addition, self-build seems to answer the public’s demand for immediate solutions to the housing crisis—and it is aligned with the ever-present (and promoted) ideology of home-ownership (including Kevin McCloud’s televised version). We therefore need to move beyond advocating ‘self-build for self-build’s sake’ to pursue a much fuller understanding of its diverse modes, both in terms of process and practice (see Dr Michaela Benson’s ESRC project on this topic).

If self-build is to be considered a serious housing supply option for middle and lower-income groups (its projected numeric outputs were quoted as ‘disappointing’ by the GLA, and have recently been questioned), larger questions of affordability and accessibility must be taken into account. As we’ve argued elsewhere in relation to the rise of the ‘micro house’ (see Y:Cube in Mitcham and open source wiki-house project), questions of wages and inequality, of location and of the balancing decent space/quality standards and affordability are all crucial if we are to think about the sustainability of any kind of alternative, or indeed traditional housing ‘solution’. In London, of course, this raises the crucial issue of land value.

As some of London’s eight developing co-housing groups know all too well, it is almost impossible to compete with commercial developers who are willing to pay a price that reflects the value of standard residential development on a particular site. The constraints associated to London’s exorbitant land prices and restricted availability create a situation where groups have a choice between searching fruitlessly for sites for more than a decade (see OWCH) or relying on Housing Associations to act as developers. The latter option can be fraught with tensions, as the two sides can have fundamentally different visions or interests, leading to development delays. Unaware of the specificities of co-housing, planners can also stall or reject applications, adding even more time to the process. As a starting point, there is a clear need to make land and finance more available to self-builders, alternative housing providers and the final purchasers; to identify and remove barriers related to things like tax, partnership working and building regulations; and to educate planners (but also the wider public) about the particular characteristics and needs of alternative development types. Our project hopes to contribute, in a small way, to doing that.

We need a better understanding of what makes for success or failure in alternative housing, and why. This is not just about learning how alternative housing operates in order to expand it—in fact this may not be desirable in some cases. We need to go back to basics and define ‘success’ using notions like social participation and social return on investment. Incorporating these ideas into the valuation of housing would allow Londoners to move beyond purely market-oriented and profit-driven frameworks of housing supply, and approach housing provision in a more resourceful, imaginative and creative way.

Note: This article gives the views of the author, and not the position of the British Politics and Policy blog, nor of the London School of Economics. Please read our comments policy before posting. Featured image credit: UK in Brazil_0 CC BY  2.0

Melissa Fernández Arrigoitia is a Research Officer at LSE London, and Associate Lecturer of Culture, Diaspora, Ethnicity at Birkbeck. She is co-editor of  ‘Social Housing in Europe’ (Wiley-Blackwell 2014; with Kath Scanlon and Christine Whitehead), and Special Features editor of City: analysis of urban trends, culture, theory, policy, action. 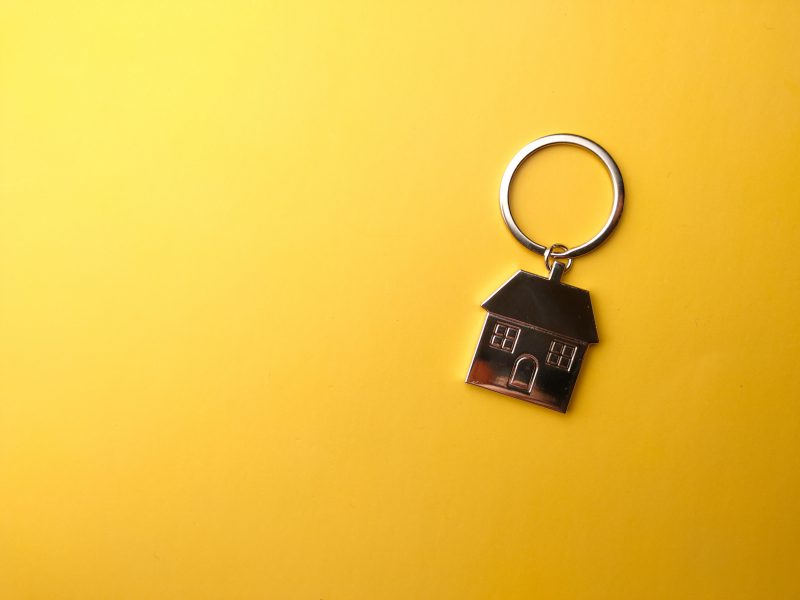