Andrew Bowman, Ismail Erturk, Julie Froud, Sukhdev Johal, John law, Adam Leaver, Michael Moran and Karel Williams have recently published a report for the CRESC on the British banking industry and the Libor scandal. In this article, they call for a more comprehensive investigation than the one announced by the Prime Minister on Monday, and argue that the banking crisis is a crisis of politics.

As the story of the Libor fixing scandal turns into a story of corrupt individuals, it obscures the key question of what are banks for and how we want them to serve the national interest. Much of what has been revealed, we already know. We have a structurally rotten system of interconnected power elites which does little to serve the national interest.

But what exactly has gone wrong and what should be done? To answer these questions, the state has used the standard British response of a limited investigation and in time, the punishment of a few individuals. The latest working paper from CRESC ‘Scapegoats aren’t enough: a Leveson for the Banks?’ takes on these issues. Its starting point is that punishing scapegoats to change the culture of finance is not enough because it ignores the role of bank business models in shaping this culture, it obscures the co-option of the political system with the financial elites and totally ignores questions about banking’s role in society.This ‘it’s-a-few-rotten-apples’ alibi conceals the reality that the ‘culture of finance’ can only be addressed through structural and organisational reforms. The current response of the coalition government is to close off any inquiry of broader issues, such as the relationships between politics and finance, the role of finance in society and banking business models. In practice, what this means is that ‘radical’ solutions become a witchunt where a few figureheads are paraded while the financial structure remains untouched.

Since the financial crisis in 2007, British investigations such as the Bischoff report have been a case of ‘finance reporting on finance’ with limited remits and promoting, at best, modest reforms. The well-funded finance lobby has worked hard to limit more serious action and ensured, as CRESC has long argued, the paradox of big crisis/small reform. The Libor episode embodies a sense of invulnerability to the normal restraints which govern the rest of us and is rooted in the ‘light touch’ regulation. This of course depended on a politically created space for a privileged group that governed itself and in turn provided substantial funding to governing political parties (over half of the Conservative Party’s funding comes from finance).

But investigations post crisis tell only a part of the story because the constant of pre- and post- crisis is the financial oligarchy. The period before the financial crisis reveals decades of spineless reforms under Labour and Conservative governments, a continuing closeness between the Treasury, the Bank of England and the City elite, and the domination of UKFI and the City of London as key actors in the promotion of light touch regulation. The post-crisis period reveals a marked political reluctance to enact meaningful reforms and change the structures that devastated the economy.

So the faultlines in banking run deep and the Tyrie Inquiry will do little to address them:  it’s nearly business as usual where the regulatory authorities decided Libor manipulation merited only a modest fine – the penalty is a £290m which equates to just 4.2 per cent of Barclays pre-tax profit and is equivalent to 13 days of profit. What is required is a public inquiry with a judicial remit, with membership drawn from a broad cross-section of society with the aim of addressing a fundamental redefinition of the social and economic roles of finance. In short, banks must become public utilities with the duty to serve the wider economy, not players in casinos.

As a start, we need to address some of the myths pushed by city lobbyists. As CRESC showed in the ‘Alternative report on UK banking reform’; first, the economic benefits of the City for the ‘real’ economy are an illusion; second, effective PR has allowed the City to govern itself; and thirdly, much of the City’s dealings do little to promote welfare or efficiency in the wider economy.

Any deep-rooted inquiry into finance would quickly reach Adair Turner’s conclusion that much of banking is “socially useless”. Successive CRESC reports and working papers, since the Alternative Banking Report (2009) have accumulated a mass of empirical evidence which establishes the economic and social uselessness of finance. The features include inflating assets that led to a financial implosion, a sector creating no net new jobs with employment stable at just one million since the early 1990s, and a contribution of less than 8 per cent of government revenue at its peak – much less than manufacturing.

If much of finance is not worth saving what kind of policies should we consider? We can start by splitting retail and investment banks and radically shrinking the latter by frustrating their high trading volume business models, which would free funds so that they are channelled into the productive economy. The UK needs a mixed ecology in banking that would privilege non-PLC type banking models and push towards towards mutual ownership with regionalisation encouraged in order channel local funds to local needs.

The state owned RBS should be converted into industrial banks and the other major banks should set non-voluntary targets for productive lending set by government. More broadly, we need to break up the ‘too big to fail/jail banks’ because the concentrated political power of the banks enhance their ability to extract favourable policies from government to the detriment of other social interest groups. As the financial crash has shown, it places huge burdens on all stakeholders. An imaginative break-up would ensure break-up along regional lines.

What the past reveals is that the banking crisis is a crisis of politics and the democratic disconnects which allow finance to work against the common good. This requires a political fix that in turn requires political will. There should be transparency and restrictions around lobbying, the City of London should be converted into a public organisation and the funding of political parties reformed so that they can prise themselves free from a small elite of wealthy backers and start becoming more accountable to ordinary citizens.

Notes: CRESC has been working on the reform of the banking sector since 2009 when it published the ‘An Alternative Report on UK banking Reform’ and more recently ‘Groundhog Day’ and  ‘Deep Stall?’ which broadened the research to consider the failure to reform the finance sector and also the Eurozone crisis. This well respected and long established team have recently published a book ‘After the Great  Complacence: Financial Crisis and the Politics of Reform’ which argues that the financial crisis was not an accident, not a disaster, not a catastrophe, nor a fiasco, but a genuine political debacle.

Andrew Bowman is a researcher at the Centre for Research on Socio-Cultural Change.

Sukhdev Johal is a Reader in the School of Management Strategy, International Business and Entrepreneurship at Royal Holloway University.

John Law has been a CRESC Centre Director at the Open University since 2010.

Michael Moran is based in Politics in the School of Social Sciences at Manchester. 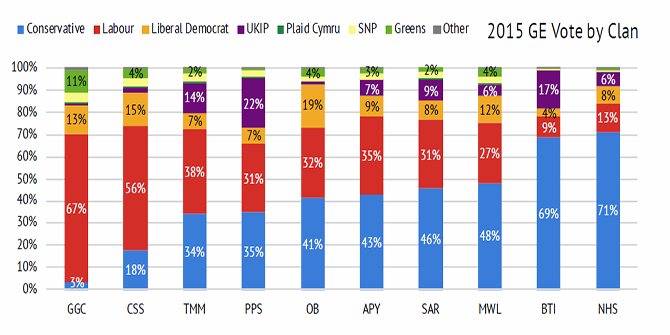