Andrew Copson argues that Anglican Bishops should not have an automatic right to sit in Parliament. Their presence in the House of Lords undermines equality and religious diversity and unjustifiably promotes them as guardians of ethical expertise.

They are a constitutional feature which only Iran has in common with Britain. Seventy one per cent of public respondents to the 2002 consultation on Lords reform wanted them removed, tens of thousands of the public last year emailed their MPs through Power2010 to ask that they be removed, but the government’s latest proposals for Lords reform yet again retains the power of Anglican Bishops to sit in our Parliament as of right. Even the apparently progressive measure to reduce their number to twelve (from 26) is bad news, representing as it does a proportional increase from three per cent to four per cent in a smaller overall chamber.

Why is it, in a society that is increasingly non-religious and increasingly religiously diverse, that our constitutional reformers should be making such outlandish proposals?

If we leave aside the argument of tradition, that we should have Bishops because we have had them for a long time and it’s best to leave things as they are – a fatuous argument at a time of reform – the most obvious objection is one of fairness. If Parliament is supposed to represent the people, why should only one denomination of only one religion have a guaranteed twelve seats when other denominations of that religion, other religions and other non-religious philosophies and approaches to life have no such representation? It would only be fair to represent all religions and philosophies. Immediately this is seen to be impossible, not least because we would need an unfeasibly large second chamber to represent all shades of religious and non-religious opinion.

The case for seating bishops in the House of Lords therefore comes to rely on a claim that these men are uniquely well placed to provide vital expertise on matters of public policy. Recently, this has most often been claimed to be ethical expertise, but in the last few months advocates of bishops have also built their case on the position of the Church of England as our largest NGO – a civil society group with a branch in every community. Both these sources of uniqueness are open to refutation. Are bishops really uniquely qualified on matters ethical – more than philosophy professors or rabbis or doctors or thoughtful professionals of many backgrounds? Are their ethical views representative? Their views on the ethics of assisted dying for the terminally ill or equal rights for gay people or state-funded religious schools are far outside the mainstream. And if it is the case that we should treat the Church as an NGO (doubtful given its entanglement with the state), why then should we consider it unique compared with trade unions or the National Trust or the Women’s Institute? Neither of these claims to uniqueness stack up in reality.

Disestablishment with the Church

A retreat is often made at this point to the idea that the removal of Bishops would constitute disestablishment of the Church of England and so is undesirable. Leaving aside for a moment the question of why disestablishment should be seen as anything other than wholly appropriate, it is in any case quite untrue. In Modernising Parliament: Reforming the House of Lords, produced by the Cabinet Office in January 1999, it was clearly stated: ‘the presence of the Bishops became increasingly associated with the establishment of the Church of England, although in law the two are quite separate’. And in response to those who say that it would be wrong to not have Christians in our Parliament, we can point out that there are plenty of Christians in the House of Commons, which is elected, and in the House of Lords among crossbenchers. To remove privilege is not to create disadvantage.

Bishops in our parliament are not just the harmless and picturesque legacy of medieval days but a present day example of discrimination, religious privilege and undemocratic politics. They have no place in any reformed chamber worthy of the name.

The right of unelected clerics to have an automatic seat in our legislature was addressed by the All Party Parliamentary Humanist Group (APPHG) in a panel debate held at House of Lords on 29 June. Click here for more details and a podcast of the event. 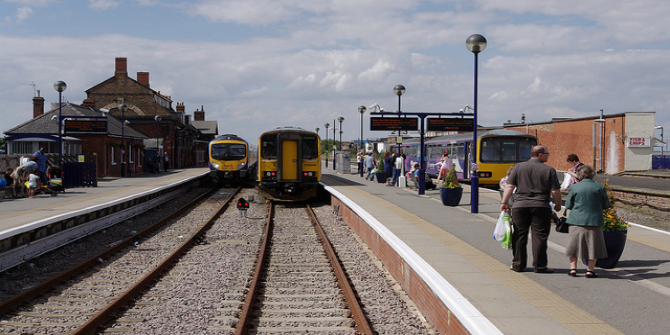