The latest book by Peter Maass focuses on the ever-growing dark side of the global oil trade, but Avery Hancock struggles to take away any new lessons for improvement. Maass offers the usual wish list: that oil companies embrace more ‘social values’ and publicly list their contracts, that rich countries do more to enforce anti-bribery legislation, and that we all reduce our dependency on oil. 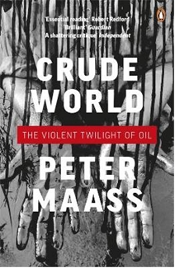 New York Times journalist Peter Maass began his descent into the underworld of the global oil industry in the late 1990s, at a time when ‘prices were low, climate change was a maligned hypothesis, and Osama bin Laden was unknown in most households’. Even so, one gets the feeling when reading this sweeping account of the environmental, human, and economic consequences of the world’s dependency on oil that he has been beaten to the punch.

Dozens of books on the shelves today have already connected the dots, for example, between oil, the Saudi royal family, and the rise of Islamic extremism. The resource curse – the idea that natural resources are more likely to breed conflict, corruption, and poverty in states than promote peaceful development – has already made the jump from academia to books for popular consumption. And even as debates continue over mankind’s contribution to climate change, it now goes without saying that decreasing our thirst for oil and investing in renewable energy would probably be a good idea.

The burden of proof is then on Maass to explain why we need yet another doom-and-gloom book to document the ugly side effects of ‘the clear fluid without which our civilization would collapse’. He admits that the phenomenon of ‘peak oil’, the point at which oil reservoir outputs drop as they lose their geological vigour, has been around since 1956 and that it is an open secret that the Saudis and other oil-producing kleptocracies overstate their future production capacity. The 2003 invasion of Iraq seemed an appropriate starting point for a tale of corporate greed and American (and British) imperialism in the name of oil, but as he finds out, that familiar line doesn’t quite stand up to reality. At the very least we should be concerned about prices at the pump, but even then he admits the recession has dampened prices.

At any rate Maass is a skilled journalist and the result is a series of vivid (and somewhat depressing) snapshots into the oil business. He takes the reader to the Niger Delta, where the activities of Shell and other oil companies help perpetuate warlord-ism and pervert development for ordinary Nigerians, then to the tiny African island of Equatorial Guinea where the discovery of oil by American companies cemented dictatorial rule and impoverished its people, and finally to Amazonian Ecuador, where oil exploration and pollution threatens to wipe out the livelihoods of indigenous populations.

But the most fascinating scenes come from Maass’ interviews with oil executives from the US, the UK (including BP’s colourful ex-CEO Lord Browne), France, and with their collaborators in Russia, Venezuela, and elsewhere. Unsurprisingly what makes these people tick is their desire for profit in an incredibly competitive and lucrative marketplace. Maass is swayed by their charisma- ‘I liked most of the executives I met’, he says. The problem is not corporate greed but a lack of government enforcement of the anti-bribery and anti-corruption laws already in place, which allows companies to back up odious dictators who violate the human rights of their citizens. But when he argues that at least American and British companies are better principled than the Chinese, who would simply step in if they backed out of contracts with dubious regimes, it seems he’s taken too many sips of the corporate Kool-Aid.

The most remarkable feat of circular logic appears in chapter 6 (entitled Greed). After several chapters exploring how oil has an almost unstoppable ability to corrupt wherever it is found, he concludes that if all the world’s resources were located in ‘nice’ countries Norway and Canada, which have strong democratic institutions, there would be fewer takers for under-the-table offerings. But he fails to see that these countries already had developed democratic institutions and strong national economies when oil was discovered (in effect, the reverse of the resource curse). Norwegians and Canadians are not inherently more bribe-proof than Caspian dictators.

Every ‘doomsday’ book seeks to find a light at the end of the tunnel, and Maass offers the usual wish list: that oil companies embrace more ‘social values’ and publicly list their contracts, that rich countries do more to enforce anti-bribery legislation, and that we all reduce our dependency on oil. Even if these are not new solutions they are worth repeating, and spreading through as many media as possible. For that reason this book is not a novel contribution to oil dependency but an important one nonetheless.

Avery Hancock works for the United Nations in South Sudan. Prior to this, Avery was a member of the LSE PPG from January 2010. She holds an MSc in Global Politics from the London School of Economics and a BA in Political Science from Boston College in Massachusetts. Before joining PPG Avery worked as a Policy and Advocacy Officer for International Rescue Committee UK- the London hub of the global humanitarian and development agency- with the aim of influencing humanitarian policy within the UK Government, the EU, and the UN. Read more reviews by Avery. 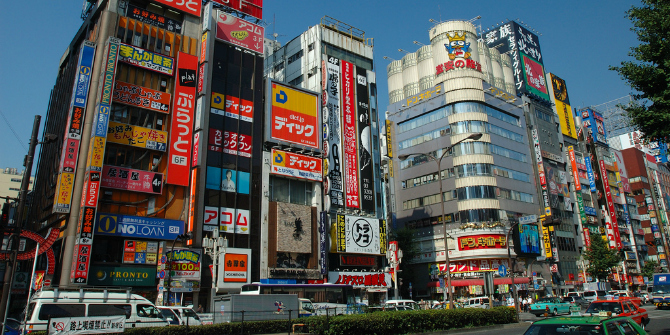