In 2011, John Bercow, Speaker of the House of Commons, instigated a series of public lectures in which current parliamentarians reassessed the careers and characters of earlier parliamentary giants. This book brings together those lectures, and will surely be of interest to political historians and Westminster researchers. Reviewed by Paul Wingrove.

This book brings together the edited text of eleven lectures delivered to celebrate the centenary of the 1911 Parliament Act, which began the process of reforming the House of Lords. Mr. Speaker Bercow, who arranged these lectures, is to be thanked for reminding us that the history of Parliament is decidedly not just about receipts, expenses and dodgy accounting. There have been some remarkably talented politicians who have changed our history through their life and work in Parliament, and a small number are celebrated here.

The ’eminent’ of the book’s title allows for some argument about whom, from a potentially large group of eminences, should appear in this book. Thus Lady Astor and Iain Macleod are included, but Baldwin, Macmillan, Wilson, Cook, Williams, Gaitskell, and Brown – by way of quasi-random examples – do not make it. Even so, the selection offered is interesting, encompassing the talented, the brilliant, the talented and brilliant but possibly a little quirky, and one or two debatable inclusions. To give the whole list, we have: Lloyd George, F E Smith, Winston Churchill, Lady Astor, Aneurin Bevan, Enoch Powell, Iain Macleod, Michael Foot, Roy Jenkins, Tony Benn and Margaret Thatcher.

As a centennial celebration we might have expected little more than a dutiful run-through of the ‘life and distinguished career’ of the subjects of these lectures, but in fact we have here some thoughtful, insightful, humorous and often gracefully penned essays, thanks largely to the judicious selection of the authors. All are practising parliamentarians (a few, admittedly, of very recent origin), and a number have additional qualifications which give perspective to their essays. Thus, for example, Nicholas Soames writes as Winston Churchill’s grand-son; Neil Kinnock passionately defends Michael Foot, the man he succeeded as leader of the Labour Party; K.O. Morgan is an outstanding historian who has already written much on Lloyd George, while others knew their subjects personally.

But whether the eleven subjects of these essays can all be claimed as ‘parliamentarians’ is debatable. By ‘parliamentarian’, I mean (and I believe the distinguished editor of this collection means) somebody who respected Parliament and was able to command its attention, primarily by way of oratorical power allied to intellect and passion. And a sense of humour helped. Churchill’s oratorical powers are undeniable; and he had a deep, if somewhat romantic, reverence for Parliament. Even in office he liked to claim that he was a ‘servant of the house’. Yet, writes Soames, Clement Attlee considered him a ‘great parliamentary figure’ rather than ‘parliamentarian’. Perhaps he transcended the category? Morgan’s authoritative essay on Lloyd George reminds us that actually Attlee, rather than Churchill, might be considered the ‘supreme communicator’. He was more spontaneous than Churchill, who could take weeks to write his speeches; and, of course, he also transformed Parliament through promoting the 1911 Act which inspired this book.

But Lady Astor, an ’eminent parliamentarian’? Eminent perhaps, but only by way of being the first woman to take a parliamentary seat. Love of Parliament (as opposed to love of being in Parliament) and persuasive oratorical power are perhaps not naturally associated with her career. Shirley Williams’ essay on Lady Astor is dutifully done, but it never seems to warm to her subject. Arguably there was not a great deal to warm to.

In a judicious essay, Lord Norton muses on Enoch Powell’s brilliance, oratorical gifts and somewhat mystical reverence for Parliament. Powell was certainly a parliamentarian – indeed, not only a parliamentary practitioner, but a distinguished historian of Parliament. And his insistent logic and command of the language held the attention perhaps more than the over-performed parliamentary oratory of Michael Foot. But Powell’s view of Parliament – tradition, history, nation – stands opposed to the class instrumentalism of Michael Foot and Aneurin Bevan, for whom Parliament was a theatre of war. There power was located; there the battles had to be won. Parliamentarians, yes, but cut differently from Powell. Neil Kinnock, in his lecture, gallops to the defence of Michael Foot not only as parliamentarian but also as politician, along the way taking a side-swipe at Tony Benn, who – in Kinnock’s view – did significant damage to the Labour Party in the 1970s and 1980s.

Benn undoubtedly changed Parliament through his successful campaign to allow peers to disclaim their titles, but a substantial part of his political life seems tangential to the institution. It may have had its uses for him on the way up, but by the 1970s and 1980s he had turned his fickle attentions to populist, extra-parliamentary activity. And in 2001, with a flash of chutzpah, he retired from Parliament to ‘spend more time on politics’. Tristram Hunt’s essay rightly suggests that Benn had a ‘troubled interaction’ with Westminster.

Roy Jenkins appears here decidedly not as a parliamentarian, as Lord Adonis admits. Rather, Jenkins inspired by virtue of by his ministerial success in persuading parliament to enact a swathe of liberalising legislation in the late 1960s. Parliament, in the course of Jenkins’ short spell as Home Secretary, profoundly changed British society and culture. Indirectly parliamentarian, we might say?

Was Margaret Thatcher a parliamentarian? John Whittingdale tells us that she had an ‘immense respect’ for the Commons. She did not have a natural oratorical gift, although she improved. Nor did she much like giving power to backbenchers in select committees, or even the idea of televising parliament. Perhaps less obviously parliamentary than some, we might conclude.

One element, however, binds most of these eleven parliamentarians – they had deep convictions and they fought for them, many to the point of dividing or damaging their own party. And this book reminds us that the middle-brow pundits (tabloid journalists, vocal radio show hosts and the occasional celebrity fitness trainer seem to predominate at present) have got it wrong. You don’t need to wave fistfuls of dollars to get the ‘best’ – or even good – people into Parliament. They have always got there by themselves, and always will. 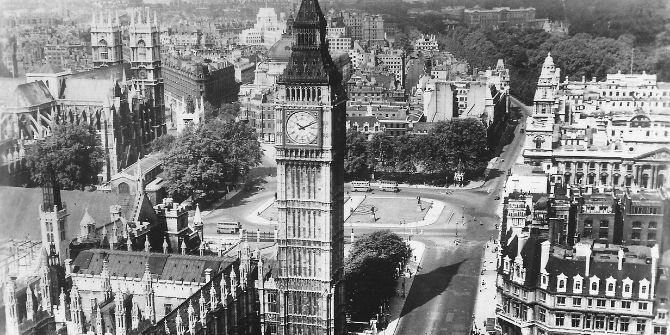