Matthew d’Ancona is the Sunday Telegraph’s chief political commentator, and a man with near unmatched access amongst the journalistic fraternity to George Osborne and David Cameron’s inner circle. As such, his detailed account of the first three years of the Coalition Government make for interesting reading, even if he declines to put the Government’s record under sustained scrutiny, writes Sean Kippin. 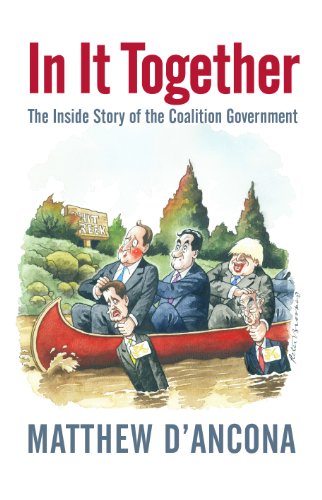 In It Together: The Inside Story of the Coalition Government. Matthew d’Ancona. Viking. September 2013.

What are we to make of the Coalition Government after just three years in power? On the one hand, we are invited to congratulate their judgement in pursuing an economic strategy based around austerity due to the recent GDP figures. On the other, both parties are struggling politically, with the junior partner unable to rediscover their previous status of chippy outsiders and the senior partner lagging behind the party they deposed at the 2010 General Election.

The structure of this comprehensive account of the last three years in politics is non-linear, and takes the big issues one at a time; public service reform, the “omnishambles” budget, tuition fees, foreign policy, the AV referendum, the Leveson inquiry and of course Europe, among others. By following this approach, we are given an opportunity to focus on the merits of what the Government has tried to achieve in key areas of activity, giving us a framework to judge their efforts.

One immediately apparent observation is the extent to which the coalition’s survival prospects depend upon the relationship between Cameron and Clegg, with the two sharing a great deal in common both personally and politically. That in itself is significant, and shows the fragility of a governing coalition with huge areas of apparent incompatibility. That said, efforts have been made to anchor the Coalition through institutional means, such as the “Quad” (a four person cross-party body), and the co-Chaired ‘Coalition Committee’.

However, as d’Ancona vividly shows, Coalition, or at least this particular variant of it, doesn’t always work as smoothly as all participants would like. The most striking example of this is the breech of the “Gentleman’s Agreement” over the handling of the AV referendum. This illustrated to Clegg in glorious technicolour the Conservatives’ Machiavellian tendencies, with the Deputy Prime Minister completely shell-shocked by flack thrown his way by the ruthless, Osborne-run Tory attack machine.

Despite the occasional blue on yellow skirmish, some of the strongest language is reserved for “blue on blue” friendly fire, with George Osborne and Ian Duncan Smith at frequent loggerheads over welfare reform. While Duncan Smith likes to talk of personal redemption and using Government to help claimants out of jobs and into work, Osborne is sold on the political appeal of cutting benefits and prefers to engage in crude Victorian rhetoric about the personal failures of those who have been let down by our socio-economic system. What results is a muddle – a combination of blood curdling rhetoric and a bargain basement version of the IDS welfare vision, which satisfies next to no one and leaves the Work and Pensions Secretary a defeated and deeply compromised figure, forced to rely upon increasingly outlandish statistical claims to salvage what is left of his tattered reputation.

Like Duncan Smith, the Lib Dems find the transition to Government difficult, finding themselves all too frequently out-manoeuvred by the more experienced and nimble Conservatives. The Tuition Fees debacle, which saw the Liberal Democrats renege on a promise to vote against any rise in fees was deeply psychologically damaging, and speaks to the risks inherent in swapping a comfortable birth on the idealistic fringes of mainstream politics for the ‘tough choices’ of Government. Clegg, Cable and co. come out of this book looking more naïve than duplicitous, mendacious, or unprincipled.

Other figures crop up throughout, vying for influence within the Conservative Party and the Government. Steve Hilton is shown to be a more significant figure than had previously been thought, portrayed as David Cameron’s eventually ignored radical conscience, urging him to adopt policies which worry and upset the patrician Jeremy Heywood and Ed Llewellyn. Likewise, Andy Coulson is shown as a valuable and now much missed member of the team, who is rather patronisingly seen as their interpreter of the language of the lower orders, in contrast to the more upper-crust members of Cameron’s circle and the Cabinet.

Even in three years, d’Ancona covers a lot, and in doing so disproves the notion that this book is premature. Education is portrayed as the Government’s success story, Nick Clegg gradually learns to strike a more appropriate balance between cooperation and partisan recalcitrance as the Coalition edges forward, and the Tory Right are shown as an unreasonable and baying mob, dissatisfied with the rareness of the red meat that is regularly flung their way on Europe and welfare.

d’Ancona repeatedly remarks that the Prime Minister’s main priorities for Government are the economy, public services and what he ambiguously terms “social cohesion”. He even has ambitions to be remembered as a “great social reformer” in the Disraeli mould. On the economic rescue mission, despite the recent return to growth, the economy stagnated for three years before it found its way to a moderately promising place. Not enough criticism has been levelled at Osborne for taking an economy that was nudging back into growth and visiting austerity upon it; a rescue mission akin to attempting to extinguish a fire with a Molotov Cocktail. On public services, the morale of teachers, nurses, doctors and civil servants tasked with carrying out this essential work has seldom been lower, with service users similarly dismayed. And whatever this Government is remembered for in the annals of history, it is unlikely to be an outstanding record on ‘social cohesion’.

All of this might lead the reader to question why the main authors of these changes; Cameron, Hilton and Osborne are not subjected to a greater degree of critical scrutiny by d’Ancona. One may also ask why the author fails to give a convincing explanation for the failure of Cameron’s modernising agenda to survive sustained contact with Government, particularly given his evident ‘modernising’ bona fides.

All said, this is the best account inside account we have so far of the Coalition government, and helpfully collates in one place much of what regular readers of d’Ancona’s column will have picked up since 2010. While it may disappoint those who wish to see a slightly more critical take on what has been a deeply divisive three years, it is probably an unavoidable fact that those with the best access tend to be sympathetic to their subjects. Despite these relatively minor quibbles In It Together is an undoubtedly significant chronicle of an as yet uncharted time, and for that reason will make interesting reading for anyone with an interest in British politics in general, and the Coalition in particular.

Matthew d’Ancona launched his book at the LSE on 31 October 2013. Watch a video of the British Government @ LSE public event below or listen to the podcast. 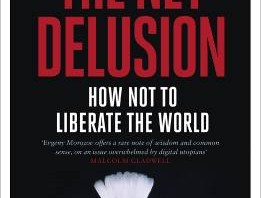