Reviewing nuclear energy and disentangling myth from reality is essential to informing public opinion and policy making, and this accessible text provides a useful basis for assessing the risks, costs and benefits, finds Murray Collins. 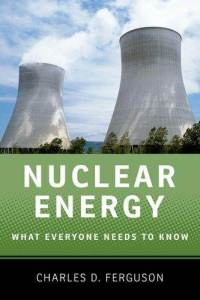 In a rapidly changing world access to clean and secure energy supplies are an issue of prime importance. Concerns over the security, costs, safety and climate impact affect the way in which both governments and societies view different sources of energy. Nuclear fission offers many advantages as an energy source. However it is blighted in some countries by reputational problems. To many, nuclear energy is forever associated with both weapons and accidents in energy production, such as Chernobyl. Whilst that accident has now faded into memory, fears over the safety of harnessing nuclear energy surged again into popular consciousness after the earthquake and tsunami which devastated Japan this year causing the explosion at Fukushima Daiichi. The impact of this event continues to be reported with new discoveries of radioactive rice being reported on the BBC website.  In this context, it is ever more important to review the history of nuclear energy and disentangle myth from reality.

Charles Ferguson’s book Nuclear Energy: What Everyone Needs to Know is therefore timely. As the title suggests, this is a book clearly destined for the generalist. It is aimed at anyone keen to know more about nuclear energy technology, and the broader economic, environmental and policy context. The author is a natural scientist with appropriate credentials. Ferguson is both the President of the Federation of American Scientists, and a Professor of Security Studies at Georgetown University. In parallel with this background, the eight chapters sweep across physics fundamentals; energy security and costs of building power plants; climate change; proliferation; safety; physical security; radioactive waste security and sustainable energy. The framework alone is useful as a way of structuring one’s thoughts. How does nuclear fission work; how expensive is it; how does it compare to other sources, why are carbon emissions important, and can these technologies be readily adopted for nefarious purposes? This framework provides a useful basis for assessing the risks, costs and benefits of adopting particular energy mixes.

However, whilst the chapter selection is sensible, whether some of the content either a) concerns what everyone needs to know about nuclear energy, or is b) useful information in itself is sometimes questionable. For instance, the section What can be done to prevent nuclear terrorism? inspires the truisms ‘states should also deny terrorists safe havens in which to build nuclear explosives’, and ‘an essential element of defence is persuading opponents from launching attacks’. The motivation of terrorists is also addressed: ‘relatively few terrorist groups are motivated to carry out an attack on a nuclear facility. The list of suspects includes certain types of terrorist groups, people who are motivated by a political or environmental cause, saboteurs, who may or may not work at the facility, and deranged people’. Very general comments don’t really tell us anything other than we could imagine ourselves, and some of the claims feel a bit ill-thought out such as the mentally ill being implicated in terror attacks on nuclear installations. We also read that ‘another debate is how well terrorist commandos would be. They would probably have access to automatic weapons such as machine guns and they may possess rocket-propelled grenades and other armour piercing weapons…’ Again this is speculation rather than solid information that everyone needs to know.

Other questions you would be rather surprised if people who picked up a book on nuclear energy couldn’t answer themselves, such as whether solar energy is renewable (the sun will indeed expire in several billion years). Other questions can’t really be answered and so could be dealt with a lot more succinctly, or differently. For example, the question How long can nuclear power plants operate? remains essentially unanswered apart from the view of policy makers from the 1950s. There is uncertainty here, so what we want to know is how to deal with the risk and uncertainty, in the structured thoughts of the scientific specialist. Instead we are referred to the speculations of non-specialists and ephemeral policy decisions.

By dividing the chapters into small sections this book will certainly appeal to people who want to dip in and get some useful background information, particularly on the physics and technology that provides nuclear energy. However this breakup sometimes comes at the expense of a strong narrative and leads to a superficial coverage of important issues.  Yet considering the aims of the book as an overview of essentials, this is probably to be expected. Nonetheless the author sometimes knocks on the door of much larger sustainability issues that aren’t really essential with regard to nuclear energy (for instance broaching the particularly thorny issue of regulating human population growth). These quibbles aside, for someone thinking about nuclear energy issues for the first time, this is an accessible text with a strong structure that provides a launch pad for further exploration. 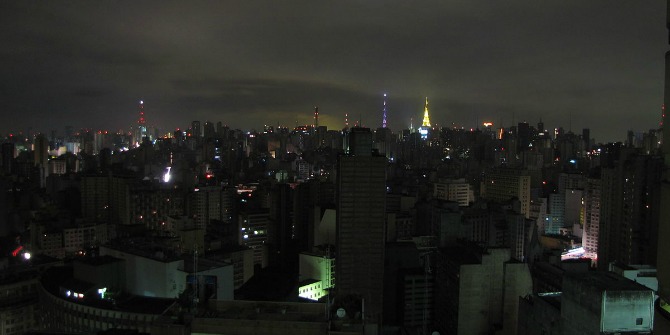